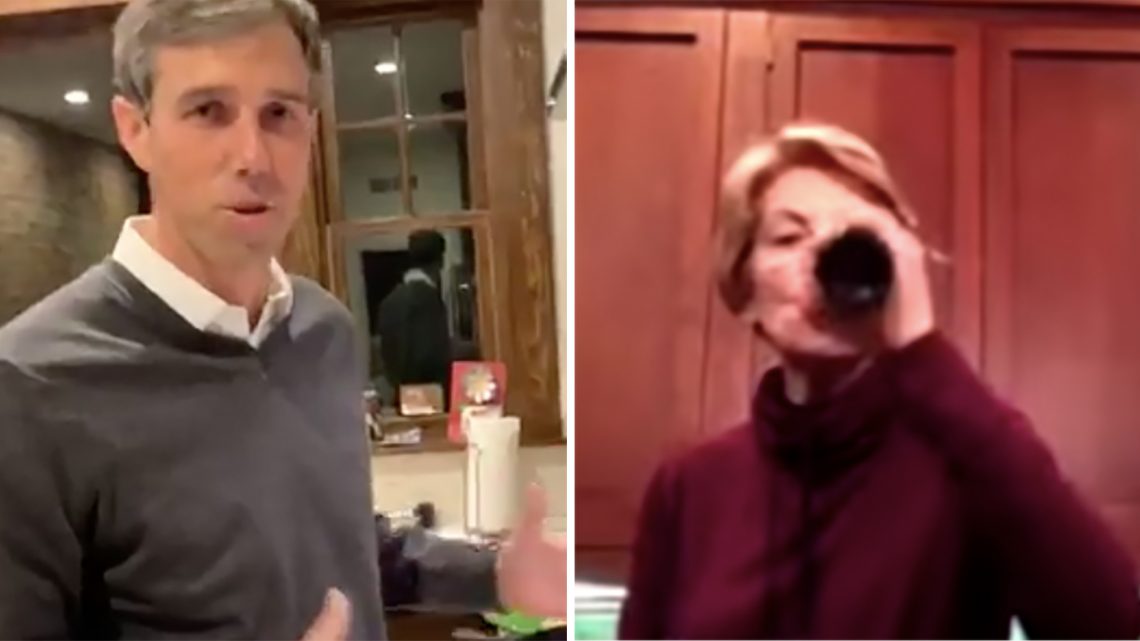 Want to Be President? Show Us Your Fucking Kitchen

The 2020 campaign hasn't even really begun, but I'm already sick of Elizabeth Warren's kitchen. When the US senator declared she was taking the first steps in the process of running for president on New Year's Eve, the announcement video opened with a shot of her talking to the camera from her kitchen; later, she endured a wave of dumb-as-hell controversy after drinking a beer in what looked like the same room in an Instagram story. LA Times reporter Matt Pearce noted on Twitter that kitchens are having what might be called a "moment" in Democratic politics, with California Senator Kamala Harris showing off a massive New Year's spread and New York Senator Kirsten Gillibrand sharing her berry cobbler recipe. Ohio Senator Sherrod Brown (like Harris and Gillibrand, a potential presidential candidate) held a Facebook live session from his kitchen; Beto O'Rourke live-streamed him and his wife cooking a chicken dinner.

As Molly Roberts of the Washington Post wrote last month, cooking is an intensely personal activity, and by letting viewers into their kitchens, politicians are broadcasting that they are regular people. But these kitchen moments are also the byproduct of an era in which candidates are expected to open their entire lives to public consumption. Alexandria Ocasio-Cortez has become a social media celebrity thanks in part to tweeting and instagramming not only her policy views but moments in her day-to-day life as an incoming congresswoman, inspiring waves of vitriol and praise along the way. O'Rourke cooked a chicken on camera, but he also air-drummed to The Who and skateboarded in a parking lot during a failed senatorial campaign that may be transitioning seamlessly into a presidential one.

We've long expected our politicians to be celebrities who share bits and pieces of their lives with us—to peel back the shine of fame and reveal the mundanity beneath. Political elites have been performing ordinary life for decades, from Bill Clinton jogging and eating at McDonalds to Barack Obama shooting hoops to Rand Paul shooting guns. Sometimes, the purpose of such stunts is to demonstrate a politician's vitality and youth, sometimes it's to show that they share the culture of their constituents, and sometimes maybe they actually want to eat a burger or to play ball. But there's been a recent undeniable trend toward campaigns that are not just personal but intimate—you now have to do much better than eat some nasty food at the Iowa State Fair if you want to be regarded as an every-person. Ocasio-Cortez's signature ad during the 2018 primary was a DIY portrait of the candidate and the district; in Wisconsin, her fellow progressive Democrat Randy Bryce earned a truckload of hype for a campaign video that highlighted his blue-collar background and his mother's multiple sclerosis.

But whereas Bryce was using his mother's condition to underline the need for healthcare reform, skateboarding videos and kitchen Instagram stories can't be connected to any policy. They are all fluff, by design, and it's reasonable for Democrats trying to decide who to pick in what's sure to be a messy primary to ask: What does that stuff have to do with anything?

What the kitchen videos show most of all is that Democrats are still scared of what happened to Hillary Clinton in 2016. The former secretary of State got branded as "inauthentic" very early on, and couldn't shake that label even as she ran against a world-class liar and bullshitter. That kind of label—driven in part by media narrative, in part by misogyny—could be a death sentence for a candidate in a crowded field. So not only are Warren allies pushing back on the idea that she is "unlikable" à la Clinton in a recent Politico article, Warren herself is out there on social media showing how likable she is—she even drinks beer! What more do you want?

There are a couple problems with this sort of authenticity politics. The first is that Donald Trump was able to become president without engaging in it—he ran as a rich guy who would be a vessel of the rage and bitterness felt by his fans, and won without giving voters a window into his baroque personal life. He earned credibility among his supporters because they believed the story of resentment he was telling, not because he livestreamed himself eating a poison-free Big Mac—and, of course, he never had to deal with accusations about being "aloof" that typically dog female candidates.

The second problem is that even a good faith effort to portray a candidate in an off-the-cuff moment can come across as inauthentic if it seems at all staged—we got a glimpse of Clinton's kitchen in a campaign video, and it didn't help. This puts Democratic candidates in a bind. Invite everyone into your home life and risk seeming stiff or lame if you aren't a natural on camera? Or buck the trend and do a more traditional campaign and risk appearing out of touch? What if your natural, truest self isn't a fun-loving entertainer everyone loves but a serious, thoughtful politician who can't cook and thinks Instagram videos are a cheap stunt? Tough shit. If you want to be a viable 2020 candidate, better get out a cast-iron pan and a skateboard.

‘What Other People Think of You,’ Today’s Comic by Tara Booth

Pitch Us: Announcing The VICE Fellowship For Collegiate Reporting