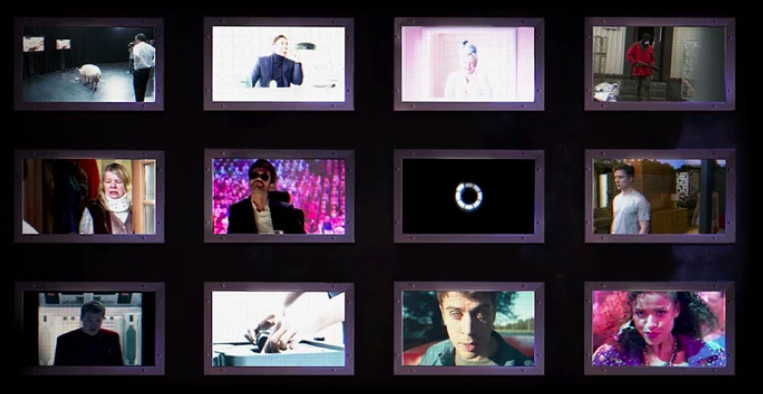 On Friday, Netflix will release Black Mirror: Bandersnatch, the first full-length feature film based on the dystopian anthology series about how shitty life is now because of the internet. So far, details have been brutally scarce about the project, aside from a few set photos that show it'll take place in the 1980s. Or they have been, until now.

This week, Esquire unearthed a leaked screenshot from the Korean Media Ratings Board that finally fills in some important bits of information, and from the look of it, Bandersnatch won't just be the first Black Mirror movie—it'll be the series's first choose-your-own-adventure movie, too.

According to the leak, which has yet to be confirmed by Netflix, Bandersnatch will have a whopping 312-minute runtime. That's five hours and 20 minutes, significantly longer than anything you could get away with calling a "feature film," so it stands to reason that all that footage is actually just various possible strands for an all-new, interactive story.

Bloomberg first revealed Netflix would attempt a choose-your-own-adventure-style episode in the upcoming fifth season of Black Mirror, but the newly leaked details point towards the fact that Bandersnatch will be a stand-alone film not connected to the new season. The streaming service has already experimented with the form before, but mostly in kids' shows like the Shrek spinoff Puss in Boots and something called Buddy Thunderstruck —this will be the first time Netflix will try to use the format in an adult-focused feature film.

The film will reportedly be directed by David Slade, who previously helmed the Black Mirror episode "Metalhead," and stars Dunkirk's Fionn Whitehead alongside Will Poulter and Asim Chaudhry. The leak also included a synopsis for the movie, which a Reddit user translated from the original Korean to read, "A young programmer makes a fantasy novel into a game. Soon, reality and [the] virtual world are mixed and start to create confusion."

Potential translation errors aside, that sounds like an extremely Black Mirror-y plot for a Black Mirror film, with a little Existenz mixed in, so get ready to pick your own narrative threads and try to help the programmer get a little less confused or whatever when it drops December 28.

The Best Thing on TV This Year Was: ‘Killing Eve’