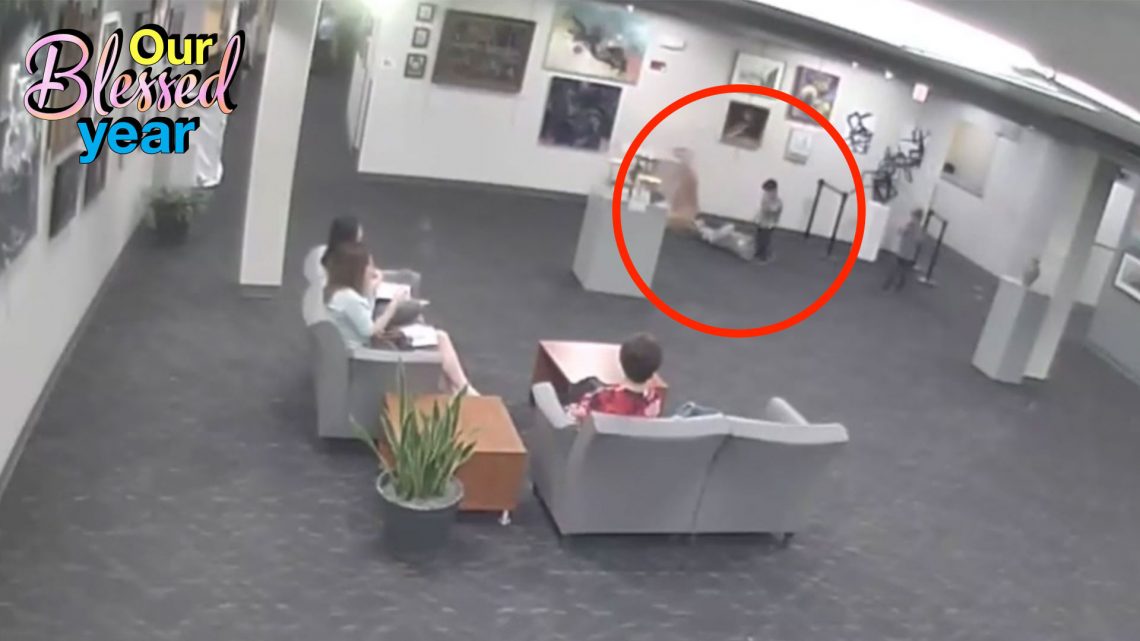 For two years running, I’ve written a post compiling all the notable art our fellow humans destroyed during the planet’s most recent orbit around the sun. After I wrote the 2016 listicle, the 2017 edition pretty much wrote itself, as friends and coworkers messaged me throughout the year whenever someone mashing up an artwork made news.

So, when it came time to prepare this blog, I was actually feeling pretty good. Barely anyone had hit me up this year with news about selfie fails or inexplicable attacks on post-conceptual paintings. This year’s list would be short. Right?

Wrong! I guess my network just had to save their outrage for things more pressing than #artdrama, because I still found plenty of instances of wanton destruction. Below are eight times people intentionally or accidentally ruined pieces of art in 2018. I’ve left out acts of nature (such as the studios and artworks destroyed in the California wildfires) and artists intentionally destroying their own work (looking at you, Banksy).

Sneaking onto this list is an incident that apparently occurred in mid-December 2017, but didn’t make international news until early 2018. The South China Morning Post, among others, reported in mid-January that local authorities in the South Korean city of Busan had demolished a sculpture by American conceptual artist Dennis Oppenheim. Titled Chamber, the steel and plastic work was originally created for the the 2010 Busan Biennale and cost $750,000, according to Artforum. Local officials told AFP that the artwork had become a rusty “eyesore” due to salty sea breezes and a recent typhoon, and nearby residents were complaining. Though the sculpture was dismantled and discarded, the head of the district office of Busan, Baek Sun-gi, reportedly apologized in person to the late artist’s wife Amy, and, as of August, more than $400,000 had been allotted by the local government to build a new version of the sculpture.

In January, an artist named Nikolas Bentel (you might know him as the guy who, uh, made a wooden stool with his mouth) began a project called The Erased Rauschenberg. Aiming to respond “to the economic trends of the art market” and follow in the footsteps of artist Robert Rauschenberg, who famously erased a Willem de Kooning drawing in a piece called Erased de Kooning Drawing, Bentel bought a Rauschenberg print for $10,000, painted advertisements on the piece for $92.59 per square inch to cover the cost of the purchase, then auctioned off the hybrid starting at $20,000. According to Bentel’s website, the piece was eventually sold for $21,000 to the Schroeder Collection, with proceeds from the project used to create a scholarship for the New Museum’s arts incubator.

A lot of people aren’t fans of Jeff Koons. In fact, there’s an entire video game dedicated to blowing up his art with a bazooka. Back in April, someone appeared to take these fantasies IRL at an exhibition at De Nieuwe Kerk Amsterdam, an old, old church that shows off fancy art for some reason. As Hyperalleric reported, one of Koons’s “gazing balls” was destroyed on the last day it was being displayed after an unidentified “curious” visitor reached across a line of tape on the floor and touched the piece.

A graffiti removal effort in Chicago appeared to go overboard in May, whitewashing a mural that had been up in the city’s Hermosa neighborhood for more than 25 years. Created by artists Sandra Antongiorgi, Marcus Akinlana, and Ralph Mueller, authorities said Es Tiempo de Recordar was defaced with graffiti tags when they wiped it, while locals dispute this claim. In the wake of this incident and several others, the Chicago City Council’s Zoning Committee approved a registry to protect murals from graffiti removal crews.

Back in June, The Kansas City Star published surveillance footage from inside an Overland Park, Kansas, community center which shows a 5-year-old hug and eventually knock over a $132,000 sculpture titled Aphrodite di Kansas City. The sculpture, created by Kansas City artist Bill Lyons, was apparently destroyed during a wedding held in the space in May. The city eventually got $107,000 from the boy’s family’s insurance.

Turkish artist Banu Cennetoğlu’s project The List is essentially a giant PDF cataloguing the names of more than 30,000 refugees and migrants who have died while trying to reach Europe. The massive artwork can be printed out and displayed pretty much anywhere, and was put up on a street in Liverpool as part of the city’s biennial art festival this year. Installed in mid-July, the artwork was “repeatedly damaged” that month, and eventually replaced by festival organizers with a fresh print out. However, after The List was torn down again in August, Cennetoğlu opted not to reinstall the piece, instead leaving the remnants to serve as a “reminder of the systematic violence exercised against people,” according to ArtForum. Festival organizers said they did not know who destroyed the work, or why.

In August, PennLive published security cam footage from the Susquehanna Art Museum that shows a mother and daughter damaging a sculpture that resembled a swing set. In the video, the pair grab and pull down the swing’s seats, which were intentionally fabricated with fixed chains to appear suspended in the air. When creator Sean Matthews attempted to reset the installation, titled Fair and Square, the chains snapped into pieces. Matthews reportedly spent 60 hours creating the piece, which was broken about 10 minutes into the opening of the exhibition.

As reported in the Guardian, a partially submerged sea sculpture by marine artist Jason deCaires Taylor was partly destroyed in September after authorities in the Maldives deemed it anti-Islamic. Titled Coralarium, the underwater artwork included humanoid sculptures, a no-no in a country in which Islam is the official religion and depiction of humans in art is frowned upon.

After the office of the president of the Maldives declared that the piece would be removed “due to significant public sentiment,” workers demolished the figures with saws, pickaxes, and ropes, while leaving the frame of the piece intact. While Taylor said he was “extremely shocked and heartbroken to learn that my sculptures have been destroyed,” Accor hotel group, which owns the five star resort where Coralarium is located, said in a statement to the Guardian that they have “initiated immediate reimagination plans with the artist, creating a new underwater gallery that will be in harmony with the locals and environment.”

As always, a final reminder: When in doubt? Don’t. Touch. The. Art.