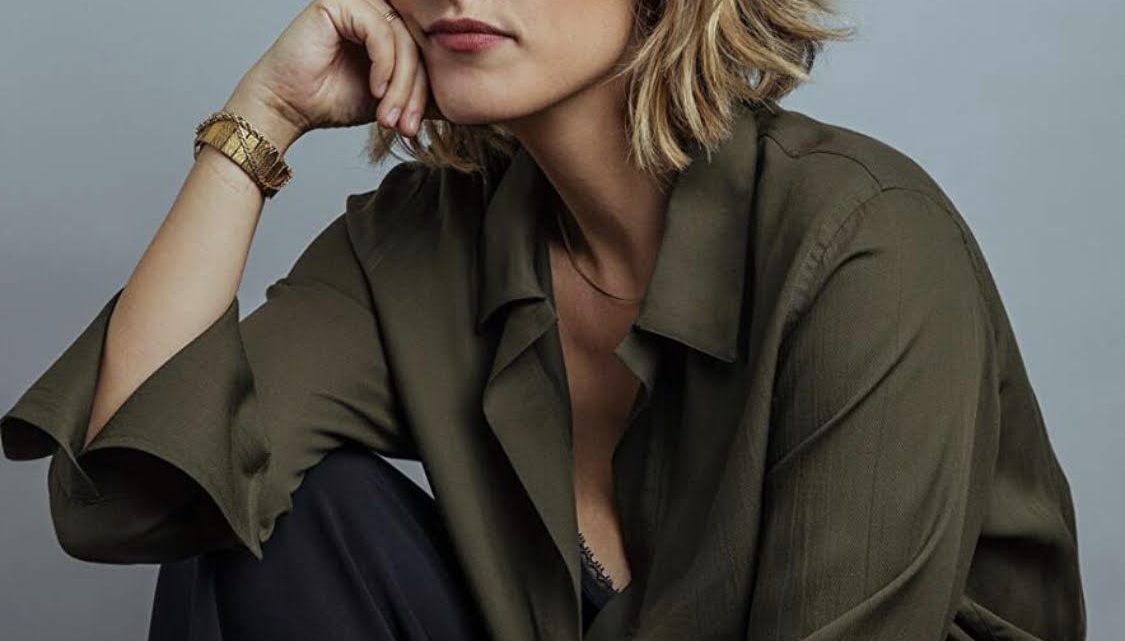 My Bikini Audition from Hell Shows How Little Hollywood Has Changed

I’ve gone on thousands of auditions at this point in my career. Thousands. Actors have so little control over the trajectory of their career, it would drive anyone with any normal level of self-worth to insanity. It has, for me, at least. I think I’ve leveled out mostly, I don’t know… ask my therapist. The point is with so much powerlessness, I’ve tried to gain some control (which is bonkers as a concept to begin with). About a decade ago, I asked my commercial agent to stop submitting me to anything alcohol related because I wasn’t the “hot girl” and the experience of trying to be “the hot girl” was throwing what little self-esteem I had left in the gutter. I wanted out.

Until I wanted back in… last week. It hasn’t been a particularly great year for me workwise, so I decided to bend my own rules. My agent called with an audition that required the women to wear bikinis. She was a bit nervous describing the spot but I liked the sound of it because we weren’t just “hot girls,” the actors actually had lines! The spot seemed funny enough and to be honest… I feel really good in my own skin right now. I decided I can show off my body without feeling degraded. I thought after everything that’s happened #MeToo related… things have surely changed since my last alcohol-related commercial audition. And by the way, they have. On set last week the AD made an announcement before we started shooting that “this is a safe space and any sexual harassment will not be tolerated.” It was so clear and concise and I really did feel more comfortable because of it.

So, I was ready to think positively about this audition. I shaved my armpits, put on a polka dot bikini, spent an hour doing my hair and makeup, did some self-soothing mantras in the car and then I was there! Ready to do my job.

This is what happened next.

I arrived five minutes early, there were several women rehearsing the dialogue in the lobby. The spot was for funny women. They want funny in a bikini, giddy up. After approximately 25 minutes of waiting, the casting associate came outside to address the room of actors. No, he didn’t apologize for making us wait because… he’s not that type. He was relaxed and seemed a little more pleasant than usual. The casting associate has very long hair that was fashioned into a bun on this rainy Wednesday. From now on, I will only address this person as Man Bun (MB).

MB began to say that the “girls” will be required to slate in a bikini (for those out of the industry, a slate is when an actor says their name directly to the camera. It will be sent to the director shooting the commercial. Sometimes the casting associate will ask you to show your hands. I still don’t know why this happens but depending on my nail situation this seemingly inconsequential moment can either lift me up with pride or tear me down in shame.) I mention that they called us “girls” because the script gave these women names. It was casting that decided to change it to the roles of “girls.” Slate in a bikini? A weight feels like it’s been dropped on my chest. I look around, none of the other women seem alarmed. Some of them look like models so maybe this is normal.

I talk myself down, “Ingrid, you knew this going in, they want to see your body. You are playing a mermaid, mermaids wear shells over their areolas. You are a healthy woman. There is nothing to be worried about. Remember, you chose to be here.” I snap back and MB is still talking, but now he’s seated, chatting loosely like he’s “one of the gals.” I’m getting mad and I’m not sure why.

MB says, “After your slate, I’m going to put on some music and you’ll dance for about 30 seconds.” He just casually says we’re supposed to dance in bikinis for no particular reason. There’s no dancing in the commercial. I’m sorry sir, you can’t just brush past this preposterous detail so I say, “Ummm what!!!?? DANCE? WHY?”

MB explains that not one, but, these two directors “always do this for the commercials they direct.” He says it flippantly, as if this isn’t an absurd request. A normal reaction by someone in casting would be “Yeah, it’s super weird, you aren’t even dancing in the spot. I’m so sorry to ask you guys to do this. If you feel uncomfortable by all means, don’t.” He did not do that. His attention returned to the model actors. I stewed.

Casting directors are the gatekeepers for actors into this industry. They see thousands of submissions for one job and they choose who they want to see at an audition and only through them can you audition for a director who can give you work. Casting doesn’t get nearly enough recognition but a few casting directors in this city have changed my life. Some of their characteristics include: open, forgiving, generous, not misogynistic, and go out of their way to make the process of auditioning less uncomfortable than it is by nature. A good casting director (even just decent ones in all honesty) would have told the directors that it’s inappropriate to ask women in bikinis to dance for no reason.

If these two ding-dong directors were looking for actors’ unique personalities one technique that’s used almost always is asking actors to improvise the dialogue. Or tell a story or recite a monologue. Anything in the job description of an actor would have been appropriate. If the directors, however, want to see women’s tits bounce up and down, they ask them to dance in bikinis.

Reminder: We are playing mermaids underwater. Someone tell me how a mermaid in an ocean dances because I’ve never seen it. I guess we could all re-watch The Little Mermaid for some inspiration but she never danced! Even when the banger “Under the Sea” came on—it was just the fish who danced. Did Daryl Hannah dance in Splash? Pretty sure she was mute and also didn’t dance. My goodness… there is a gaping hole in this industry!

Apparently, this director duo asks for this in every commercial spot they direct. Again, I asked, “But WHY!?!?” This time with a little more urgency in my voice, and little more panic because God forbid this sexualized prop actually has thoughts and feelings. None of the other bikinis wanted anything to do with me at this point. Because according to the unwritten rules of auditioning, you don’t question authority or say no to anyone… you don’t even book a vacation for fear of missing an audition and upsetting someone (the list of who you might upset is as long as your imagination will allow so best to never vacation again). So, of course, no one wanted to support the girl in a bikini ranting about not wanting to dance.

MB answered me pointedly, “Welcome to corporate America. This is how we sell stuff.” I shit you not, he’s a real-life movie bad guy. Then he got up, walked into the audition room and slammed the door behind him. He doesn’t like actors saying “no,” apparently.

What I did next was what any actor would do in this situation: I Instagram storied about it. Immediately a friend wrote to me, “I was there yesterday! I refused to dance!” I asked her nervously… “Can we do that?” I’m vacillating between uber confidence and utter fear. She says that her and her acting partner both decided they weren’t comfortable dancing. She says MB told her yesterday that “it’s been a while since he’s done a bikini audition, so he’s having a particularly great day.” Barf. This guy is gross. 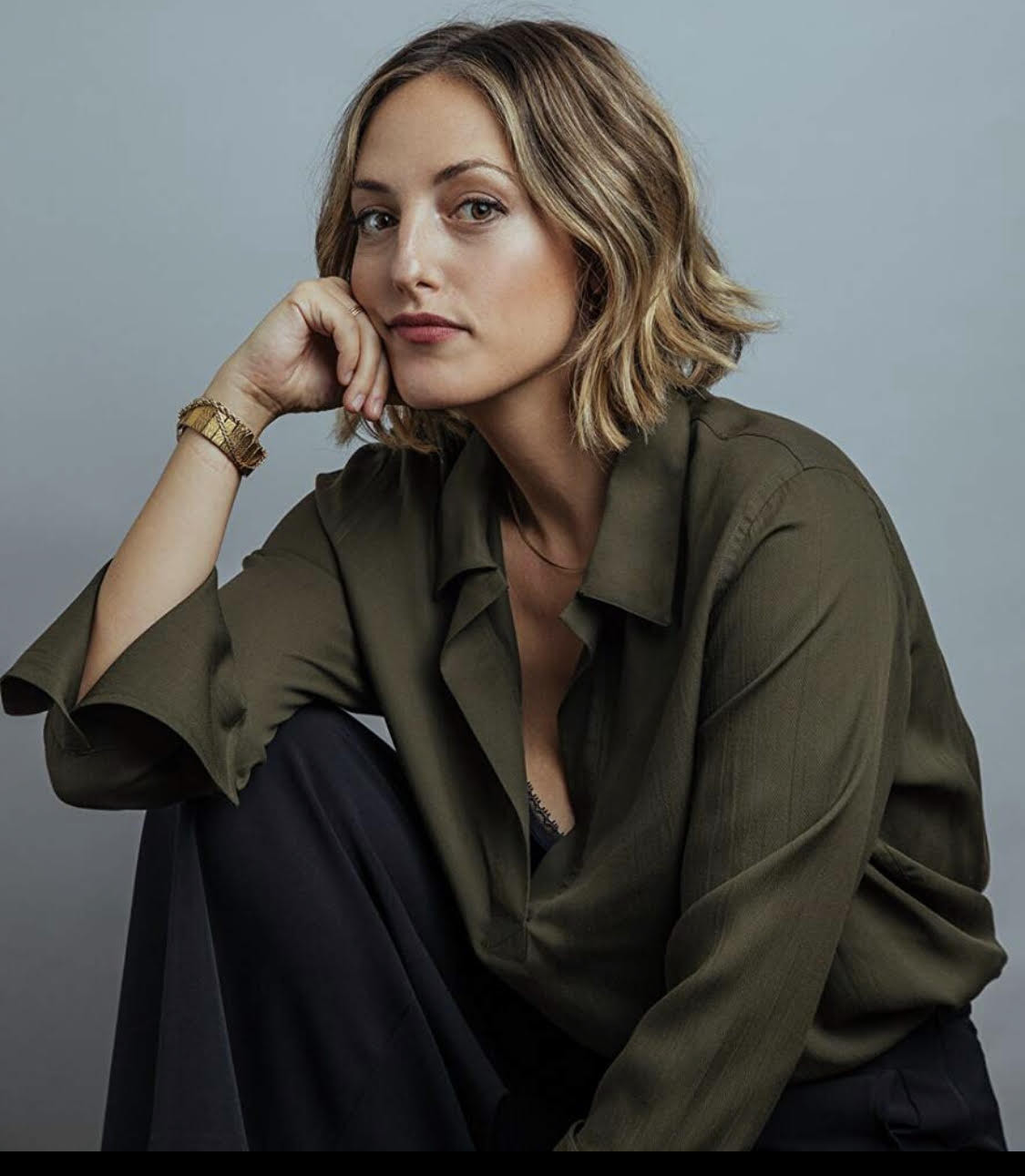 As I was leaving MB came out and asked my acting partner if she would go in with someone else. He wanted to give her another shot, without the wet blanket that was me. To be fair, that was a generous move on his part. One point, MB.

Here’s the thing, the process of changing how the industry works isn’t quick. It’s going to take agents calling and saying NO, actors passing on projects, directors changing the copy and ultimately not expecting anyone else to do the work for you.

I guarantee with absolute certainty if the directors or casting directors were female this would not have happened. It takes a lot of people to make anything for TV. This happened because there weren’t any women in power on this job or no women who felt secure enough in their position to say, “No, these actors shouldn’t have to do that.”

Expecting MB to “behave better next time” is a stretch because no one is evolving overnight. And as much as I had hoped that the industry had progressed in the last ten years… I’ve realized the only part of this whole ride that I can control is how I react to it. I can say “no” because it’s a full sentence and like one manager once told me, “there’s power in a pass.” So, heads up, I pass on misogyny.

Why Are We Obsessed with Self-Care?