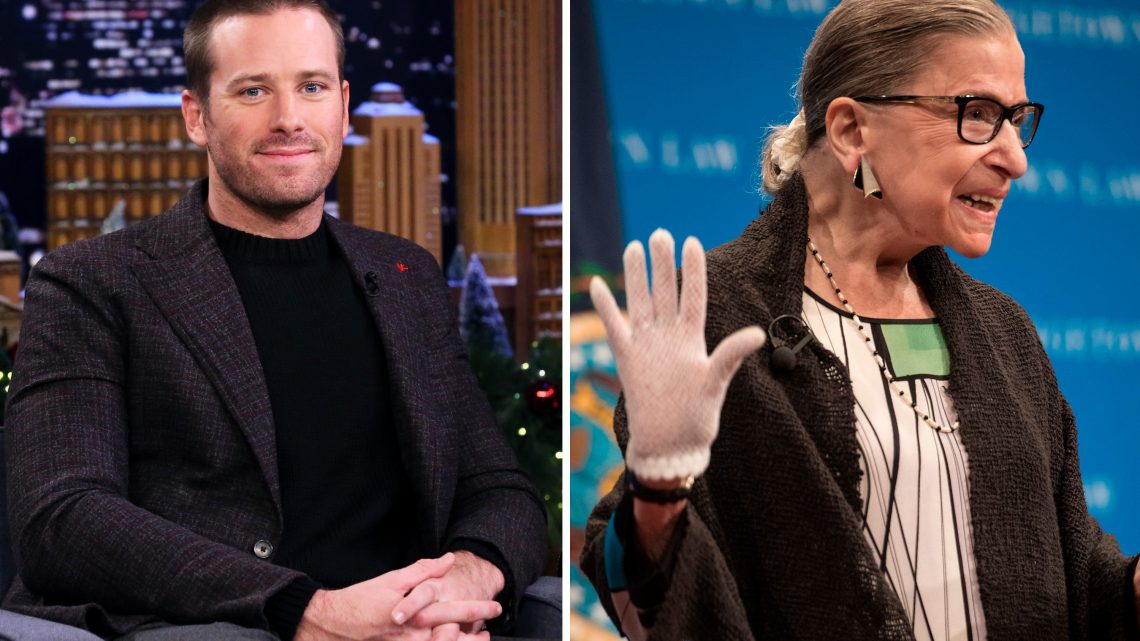 On the Basis of Sex is more than just an upcoming biopic from Mimi Leder about Supreme Court Justice Ruth Bader Ginsberg, played by Felicity Jones—it's also an endless well of tidbits about Armie Hammer, who plays Martin "Marty" Ginsberg.

We already knew Hammer looks good in about any outfit, and can clearly charm anyone—including Ginsberg herself. But did you know he can also cook? Apparently Hammer prepared a meal for his On the Basis of Sex castmates in order to get in character as Marty Ginsberg, Vulture reports.

“I made what I called the ‘Party Marty’ meal,” Hammer told Vulture while on the red carpet at the Walter Reade Theatre. “I wanted to cook and entertain for everyone because that was a huge part of Marty’s life. It’s what he loved to do, so I feel like doing that was sort of my way into who he was. I picked about eight or nine recipes from his cookbook [Chef Supreme], and I invited the cast over, and we sat and ate and drank and had a wonderful time. It enlightened how I feel like Marty really felt about doing that kind of thing.”

Marty Ginsberg was famously the cook in the Ginsberg household—at a time when men in the kitchen were a rarity—and supported his wife's efforts to pursue her career. His kitchen skills were recounted in nearly every biographical and autobiographical work on RBG's life, and after his death the spouses of Supreme Court justices created a cookbook in his memory called Chef Supreme. According to People, Justice Ginsberg herself gave Hammer a copy of the cookbook. And she apparently enjoyed the film's scenes where Hammer chops vegetables. Director Leder told Vulture: “She was mesmerized by the way he handled that knife, that’s for sure.”

Hammer told People that "the most inspiring part of their relationship is their actual equal partnership.” If he wasn't already your dream husband, well now he is.

Xi Addresses China (and Trump): “No One Can Dictate to China”