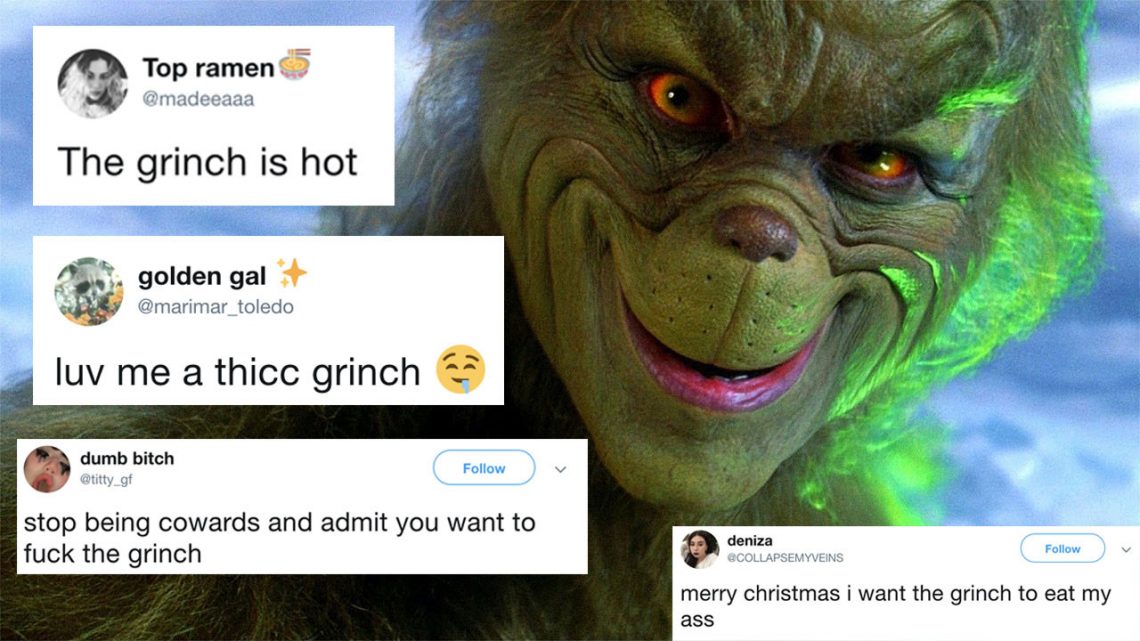 People Want to Fuck the Grinch

There are three Grinch movies: the original 1966 version that looks just like Dr. Seuss's classic book How the Grinch Stole Christmas, Jim Carrey's live-action remake from 2000, and a 3D-animated film called simply The Grinch, which came out this year. All are, uh, hot in their own ways, according to the denizens of the internet, but for whatever reason, lots of people seem to think Carrey's Grinch is particularly, irresistibly thicc.

Not only is he thicc, but as these random strangers on the internet would tell it, the Grinch’s big dick energy is undeniable.

Admiring a giant, furry, heartless man-beast’s physique and personality is one thing. But some people—let's call them Grinch-curious—have taken all that talk about how sexy the Grinch is one step further, looking deep within to earnestly ask themselves if they would smash.

For some, the answer is a resounding yes. A surprisingly large number of people out there are so certain they’d smang the exiled Whovillian, they've taken it upon themselves to describe the scene in poetic detail.

Somehow, things continue to escalate beyond that point: Turns out a lot of people want to eat the Grinch’s ass, or vice versa. Some of these tweets far predate the current wave of Grinch lust, originating during last holiday season.

Among the most passionate Grinch-lusters out there are those who see getting it on with him as the new normal. If you don’t want to fuck the Grinch, they say, you’re on the wrong side of history.

Now that this long, wild, generally disconcerting ride is over, it's time to ask yourself: Would you fuck the Grinch?

Trump will “Absolutely” Shut Down the Government: OK, So What Will Close?

The Best Thing on TV This Year Was: ‘The Good Place’