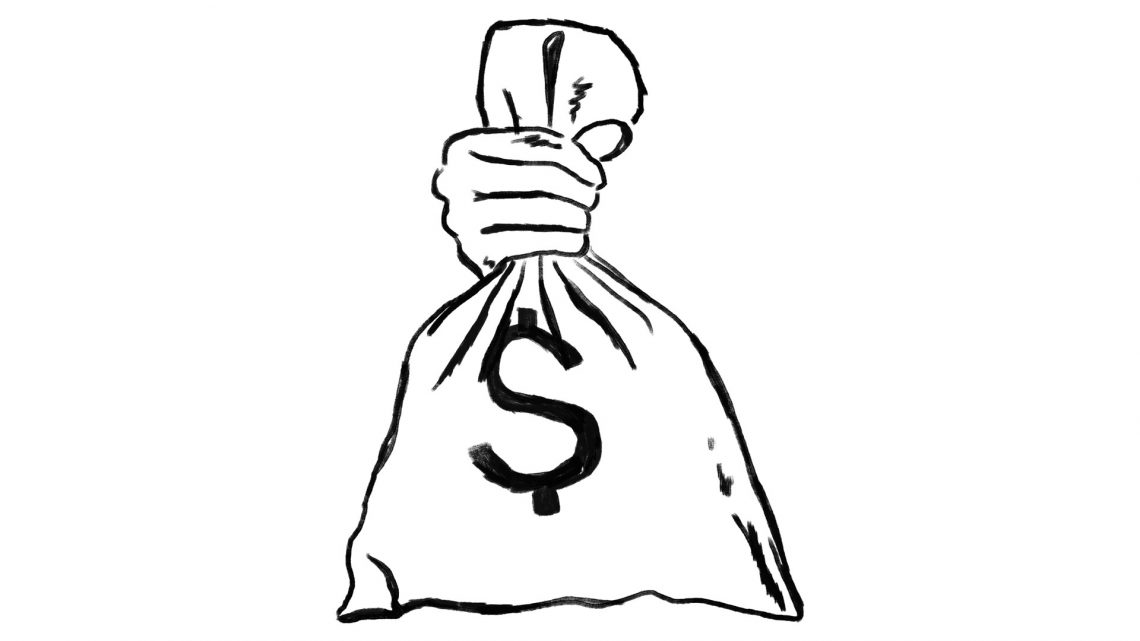 How I Built a Successful Small Business

In September 2010, I up and quit my soul-crushing desk job to launch my New York–based bakery, Ovenly. For the first two years, my business partner Agatha Kulaga and I did everything: We worked seven days a week, arriving at our rented, beat-up Red Hook, Brooklyn, kitchen by 4 AM to bake, then deliver treats in our even more beat-up 1997 Ford Explorer, and then spent the rest of the day mixing pistachio-cardamom quickbread and shaping currant rosemary scones, washing dishes, making sales, doing the books, napping in our car, and ordering ingredients. Because we were career changers, every day was a challenge and an adventure—we had no clue what the heck we were doing. (True story for the wannabe entrepreneurs out there: No one in business has any idea what they are doing until they do it.)

Fast-forward to 2015. By then, we had two bakeshops (funded by some seed money from a friend and some family acquaintances), 100 or so wholesale clients, and a lot of great media mentions,¹but it was not enough. Agatha and I envisioned building a national brand, and, while scooping salted chocolate chip cookie dough all day had its perks (for example, a beautifully honed right forearm muscle), we wanted to be pioneers and to dominate the market. Of course, the only way to accomplish that type of growth was with money, so we did what many businesspeople do in our situation: We decided to beg a bunch of rich strangers for cash.

What followed was an adventure, to say the least—one that few entrepreneurs talk honestly about. I know this because I speak at a lot of events and I’m candid about what it took to build my (medium-size) business. About the hard work and life-crushing stress. About the challenges of training and maintaining good staff. About the kind of capital it has taken, so far, to make it happen (19 investors and $1.4 million in equity investment, including $59,135 of my own money, if you would like to know specifics).

As soon as I mention “money,” my audiences—typically composed of early-stage entrepreneurs—perk up. They wait for me after events with pens wagging and notebooks open, ready to ask about the minutiae of my experience. They tell me they feel the financing process is opaque, that they just don’t know how to find money or how to woo investors,² that they feel overwhelmed, that they want to know exactly how I fundraised. And these feelings all make sense. Access to capital³ (loans, family financing, equity investment, what-have-you) is one of the biggest barriers to entry for any entrepreneur, so it’s understandable that folks want to know details.

Before I launched my own qualified financing round, I felt that way, too. I knew gender,⁴ race,⁵ and socioeconomic status disproportionately influence investment decisions, but I discovered that real information on how to raise money for a small business was almost nonexistent. Most articles and books were relevant only to much later-stage businesses, and most founders I spoke to were reticent about sharing specifics. From them, I often got non-answers, like “I had to get over being embarrassed to ask” or “I was annoyingly persistent and that’s why I won” or “I haven’t faced many challenges with fundraising. It’s actually been rather easy” (an actual quote someone gave me for this article). How did these people meet or network with high-wealth individuals? How did they learn to pitch? How did they find the right attorney and mentors to help them?

Now, I wasn’t naïve about some of the challenges I would face. For years, I had been inundated with opinions from seemingly everyone—bankers, my old boss, the pest service guy, my dad (especially my dad)—about my business: that it would fail, that baking was a “cute hobby,” that I didn’t have the right résumé to be a CEO, that I should try to start a fancy gift basket company instead. Besides my personal experiences as a woman, I knew the evidence showed that my gender mattered to the people pulling purse strings.

But then, those damn barriers surfaced.

Agatha and I had to find outside equity in the first place because we did not have mortgages we could refinance for cash, significant personal savings to invest,⁶ or assets we could use to leverage debt. Before sending out our pitch deck, Agatha and I had attempted to secure loans from Chase Bank and the Small Business Administration, but we were denied both because our personal financial statements exhibited little net worth (unfortunately, the bankers did not think it funny when I listed my childhood Garbage Pail Kid card collection and super-nice vintage Levi’s as fixed assets). Our wealth was tied up in the shares we owned in Ovenly, and those were not liquid, so lending sources showed us the door.

By December 2015, our deck (which I learned to write by asking everyone I knew to share theirs with me and by attending a “Scale Up Your Small Food Business” seminar at the Food Business School) was in people’s inboxes. Less than two months later, we had won 50 percent of our $1,000,000 goal from four individuals either personally acquainted with Agatha or me or who knew the company and liked it.

After we raised that first half, however, we ran out of people to pitch. For months we searched and networked, and it was not until 30 days before we had to close that we found more money. Though we had tried to find introductions, we had little access to high-net-worth individuals through our families, friends, former coworkers, or food industry colleagues. 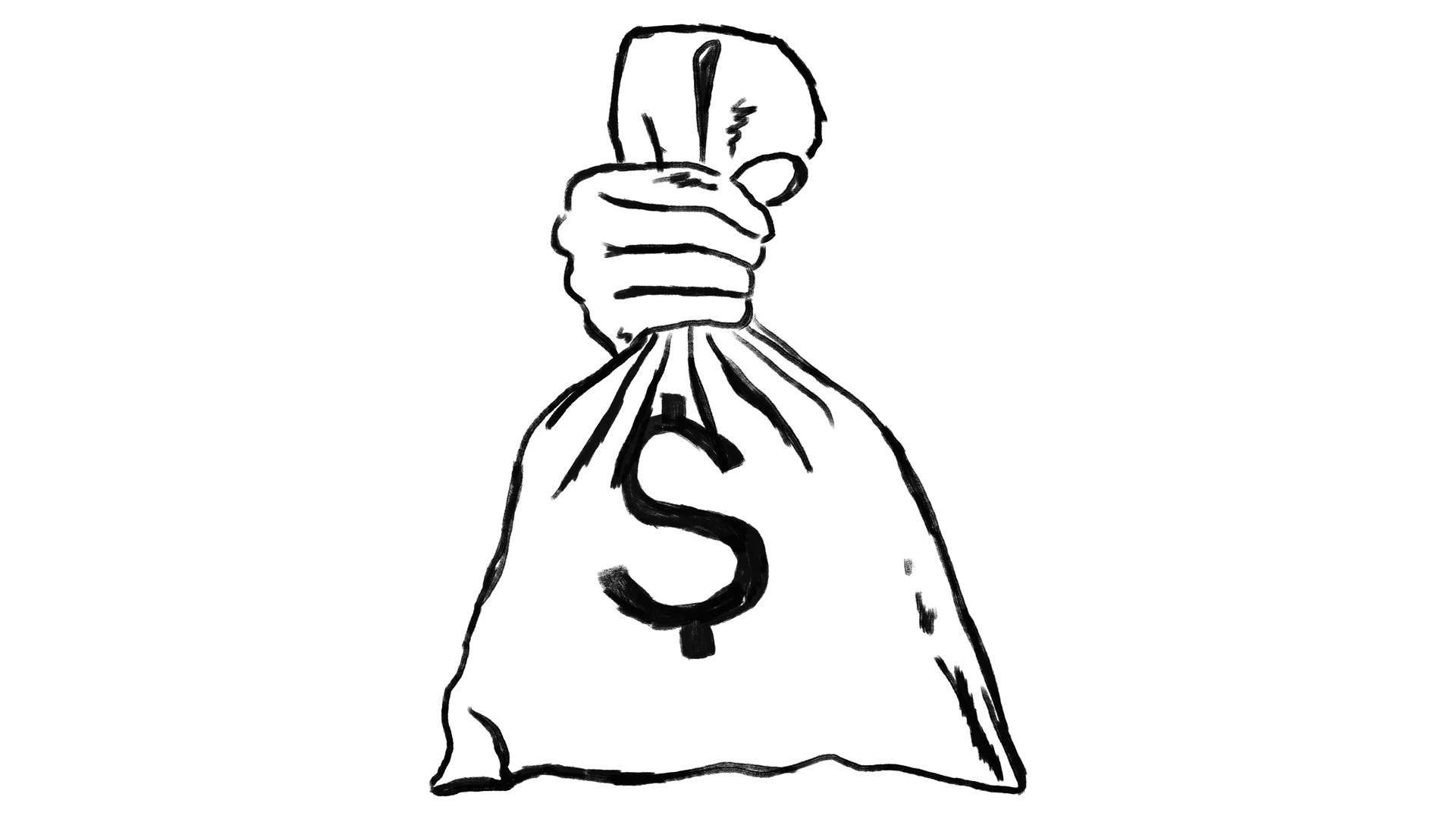 By March 2016, we had pitched nine institutional firms and 72 people directly. We sent more than 200 other emails and, more often than not, messages were met with nos and meetings went nowhere. Then, a few important things happened.

Ultimately, it took us seven months to close $940,000 from 16 investors. During that window, Agatha and I spent about 20 hours per week networking, taking meetings, and delivering our pitch on top of functioning in our day-to-day roles as COO and CEO, respectively.

We reached our goal in the end, but after spending so much time researching and speaking to businesspeople for advice, why, then, did I feel like I had been so ill-prepared? A couple of reasons, I think: First, I was talking to people whose experiences were different from mine—primarily white men outside of the food world, because those were the types I knew who had raised money. Second, there just is not a lot of info out there about non-venture-capital investment for small companies. And third, it turns out a lot of people didn’t feel comfortable admitting to me how hard it had been for them to raise money.

There’s no reason why I shouldn’t have known any of this, and there’s no reason you shouldn’t, either. So, while putting together this article, I reached out to 65 other founders to get a better sense of how their fundraising experiences compared with my own. I asked the respondents to be honest and transparent about their processes and the barriers they faced. Thirty of them replied.

The companies they started were in diverse industries—from homewares to coffee to financial services. They raised varying amounts of money—from $50,000 to $10,000,000. But they all had one main challenge: Lack of access to money in one form or another (debt capital, equity investment, smart money, or institutional investors) when they were starting out. Other challenges included discrimination (which almost half of the founders, men and women, I spoke to said they felt they’d faced), as well as the sheer length and difficulty of the fundraising process. Included below are insights and advice that, along with my story, I hope may help you launch or grow your own company.

FUNDING NOTES FROM FOUNDERS IN THE TRENCHES

"Almost no investor will tell you the real, often nuanced, reason they’re saying no. But in the beginning, our noes were because our category (food and cooking) wasn’t popular among venture investors, and we were viewed as two ‘editors’ with no business experience. Our domain expertise and reputations did not help us nearly as much as we thought they should."

"Spend some time ‘dating’ investors before you marry one of them. And don’t sign with the first company who offers you money, as temping as it might be. The right investor relationship is crucial, and it comes down to more than money—culture, vision, and commitment to quality should be equally weighed."

"We had to learn the hard way that no one ever actually says no. After our first few VC meetings, we took their feedback so seriously and changed aspects of our business to look the way we thought they wanted us to look. Finally, one of our advisers clued us in to the fact that no one wants to say no, so they just come up with something to say, and if you took it all to heart you’d be chasing your tail directly away from your core business."

"I think the biggest thing we learned is that it’s easier to raise money for either a business/idea that doesn’t exist or a company over a certain revenue amount. Usually north of 10 to 15 million dollars."

“Most people let themselves languish in the purgatory of planning, trying to make everything perfect. But the truth is, most funders decide in the first five minutes or less. It’s in their gut. So get your plan out there and don’t waste time. Don’t ask, don’t get.”

“Raising money really requires confidence. It was very hard not to question myself constantly. I think as a woman, we play the ‘nice’ card too much and doubt ourselves too much.”

“I would say the hardest challenge for me has been understanding how to communicate struggles and challenges with investors. I always want to please, and have found myself shutting down when I had less-than-ideal news to deliver.”

“You should vet investors as much as—if not more than—they vet you. Very key to realize you are bringing a huge opportunity to investors, and you can’t have them hampering the potentially massive growth/evolution of your company.”

1 Ovenly has been named one of the best bakeries in New York City by Time Out New York, the Village Voice, and many food blogs and media sources. Ovenly baked goods have won the praise of the New York Times, Food52, the Wall Street Journal, Eater, Serious Eats, Saveur, and many others.

2 According to data compiled by Fundable, only 0.91 percent of startups are funded by angel investors.

3 According to the Small Business Administration, “The major constraint limiting the growth, expansion, and wealth creation of small firms—especially women- and minority-owned businesses—is inadequate capital.”

4 Bloomberg stated that, in 2015, the year I started to raise money, of the $63.3 billion in venture capital invested, only about seven percent went to companies that had one female founder. The rest went to male-founded companies.

5 As reported by Forbes, fewer than one percent of American venture capital-backed founders are black.

6 According to the Small Business Association, 75 percent of entrepreneurs relied on personal savings to start companies, while only around 12 percent received loans. Fewer than six percent received other sources of cash from sources like venture capital or grants.

7 The earnings before interest, taxation, depreciation, and amortization of one store or unit of a business.

8 A study by Pitchbook reported by Fortune in 2017 showed all-women teams received only $1.8 billion of the $85 billion invested.

This article originally appeared on Munchies.

Trade Talk Optimism: “Something Could Very Well Come Out” – But It Won’t!