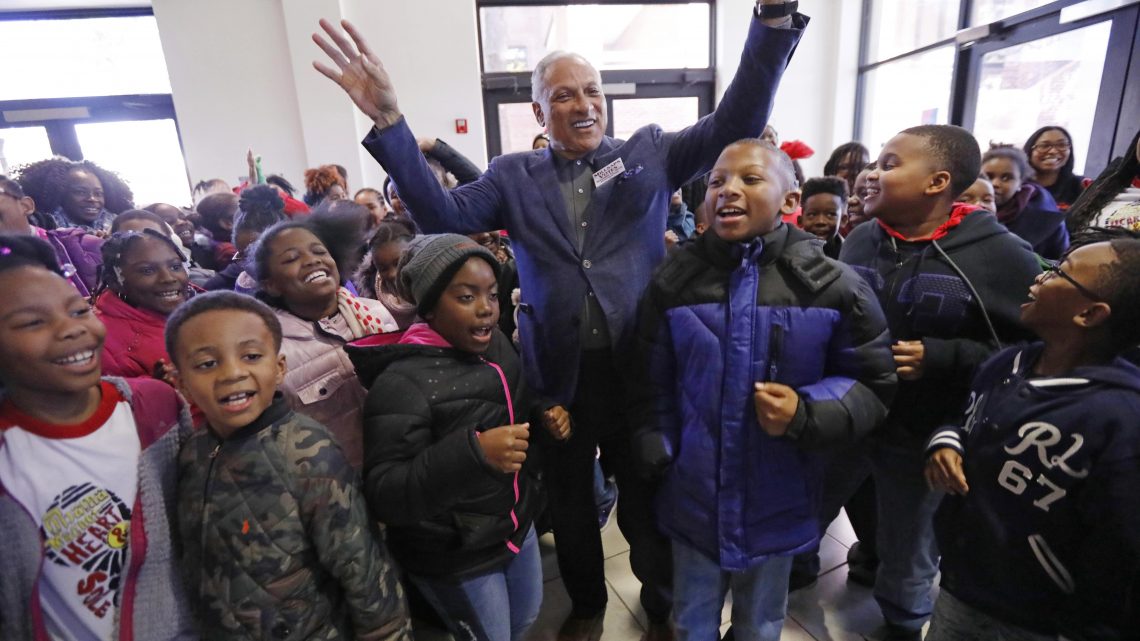 Could a Democratic Victory in Mississippi Stop Millennials from Fleeing?

When Thanksgiving weekend ended, Erica*, 25, once again witnessed the familiar exodus of so many friends. They had returned home to Mississippi for the holidays but few have chosen to build a life in their native state, like she has. According to a 2017 Governing.com analysis of census data, Mississippi is losing millennials faster than any state in the country, and concerns over young people leaving as soon as they graduate led the state legislature to consider a “brain drain” tax credit meant to encourage them to stay (the legislation failed in the state senate). In Erica’s view, the outcome of Tuesday’s runoff election won’t just decide the fate of the only unresolved US Senate race of the midterms, it will signal a new direction of that trend. “If [Republican] Cindy Hyde-Smith wins the election, it will encourage the image of the state that reinforces every negative stereotype this country has about the state and it will break my heart.” (Erica did not want me to use her real name because she fears losing business if people know her political views.)

Hyde-Smith is the heavy favorite in deep-red Mississippi against Democrat Mike Espy, an African-American former congressman and secretary of Agriculture in the Clinton administration. But the dynamic of the race shifted earlier this month, when she said if a political supporter “invited me to a public hanging, I’d be on the front row.” It was also reported that she had attended a “segregation academy” as a child, sponsored legislation that praised the Confederacy as a state senator, and once appeared in a photo wearing a Confederate hat. Many Espy supporters argue a Smith victory would cement in people’s minds that Mississippi is stuck in the past, and the millennial exodus would continue. “We do not need a senator who embarrasses our state,” Espy told reporters after a Sunday rally in Meridian. “I don’t think that her comments really reflect the values of Mississippi. We don’t want to go back to yesteryear.”

In interviews with millennials across the state from both parties, all called Hyde-Smith’s comments disturbing, though some diehard Republicans argued her remarks were not reflective of her true perspective. “I worked with her personally,” said Aubrey Chance, a 24-year-old gay Republican who grew up in Brookhaven, Hyde-Smith’s hometown. “I’ve never seen anything to indicate that she has a problem with race. I don’t think she meant what people think she meant and that she misspoke.”

Others were less forgiving. Daniel, a 27-year-old accountant in Jackson, spent the weekend watching football and was exposed to Hyde-Smith’s commercials. “There was one and they probably said ‘liberal’ about Mike Espy about six times and I was sitting there, looking at my roommates, saying, ‘liberal liberal, liberal, liberal.’ Just kind of mocked it. It was like it would be a shame to put somebody in government that wants to advance our society and that’s all they can do, tag the opponent with a label.” (Like Erica, Daniel did not want me to use his full name.)

Daniel is not a liberal. He's the kind of voter who years ago eagerly supported Republican candidates. Swing voters like him will be key to Espy’s bid to become the first black US Senator from the state of Mississippi since Reconstruction. Daniel, a product of a white Republican family in the Delta where “Democrat” was a code word for “black,” won’t be voting for Espy, but plans to do the second-best thing a Republican can do in the view of the Democratic candidate—go to work and bypass the voting booth. “Watching the Trump presidency play out and everybody kind of falling in line supporting him still it has kind of has made even more apathetic about the whole thing,“ Daniel said.

As is often the case in midterms, this election is all about turnout on both sides. Espy can’t win without a large turnout of African Americans, who make up around 37 percent of the state, and also needs a significant number of white Republican voters to stay home. Hints of a strategy were contained in a statement released Sunday by Meghan Milloy, the co-founder of Republican Women for Progress who was previously the chair of Republican Women for Hillary. She asked fellow Mississippi voters to reject Hyde-Smith in a statement that barely mentioned Espy. “I’m not saying you have to vote for Mike Espy, but I am saying that if you love our state and want to see it represented as best as it can, you should not vote for Cindy Hyde-Smith,” it concluded.

Hyde-Smith, for her part, has fully embraced Donald Trump, who appeared in the state for two rallies on Monday. It’s a similar playbook used by white conservative candidates facing black progressives in Georgia and Florida earlier this month. But where Georgia’s Stacey Abrams and Florida’s Andrew Gillum suffered close losses while running unabashedly left-wing campaigns that embraced causes like Medicare for all and gun control in order to build coalitions of minorities and liberal whites, Espy is outwardly moderate and could provide another model for a black candidate seeking a statewide victory in a Southern state.

VICE asked Espy why he was more poised than Abrams or Gillum to actually win. He immediately pointed to Alabama’s Doug Jones, the white Democrat who defeated Roy Moore in a special election last year. “If you want to compare me to anyone, it should be Doug Jones, not Stacy or Gillum,” he said, with voice hoarse from four church appearances and a public rally in Meridien. “I’m comparing me to me. What I'm trying to do is what I did in 1986. When I ran in 1986, that district was not majority black. It was about 53 percent black population. When you discount for voting age and registration, it was more like 46, 45 percent African American. I won, as I say today, with 85 percent of the black vote and 11 percent of the white vote in 1986 in Mississippi.”

With that victory, he became the first black congressman from Mississippi since Reconstruction. A victory on Tuesday would be an even more monumental achievement and possibly signal a shift in one of the most reliably Republican states in the country. If he does it, it’ll be at a time when politics seems more divisive than ever.

Aubrey Chance, who describes himself as “a young, gay version of Donald Trump,” says Hyde-Smith’s alignment with the president is just another reason why he is hoping that she wins, as he strongly backs the president’s agenda on immigration and the economy. “Many people ask, ‘How can you support Trump?” said Chance, an interior designer for a construction company. “Why not? To be out and gay in the Deep South you have to be strong and confident and I think president is both.”

Erica, a friend of Chances’s, shakes her head as he speaks. They disagree on many things political. “Trump is not confident like you,” she said. “He lacks true confidence that is why is always insults people.”

Erica says she expects Espy to lose, but won’t give up hope. “I love this state. While we do have a painful past, we are also home to the kindest people and the most colorful culture so many arts, so many amazing artists, just wonderful people.”

Yet she fears sharing her views or those of her Democratic parents with many people beyond close friends like Chance. She plans to purchase the accounting firm where she now works and most of the clients are devout Trump supporters, who would be turned off by her politics. “It’s incredibly sad and I hope if I choose to raise my children here, which right now that is the plan,” she said, “I hope that one day they can proudly say that their mom and grandparents voted for Barack Obama. But that is yet to be seen.”

David J. Dent, an author and associate professor at New York University, holds a joint appointment at the Arthur Carter Journalism Institute and in the department of social and cultural analysis. He is editor of the blog bushobamaamerica.com and the author of In Search of Black America. Follow him on Twitter.