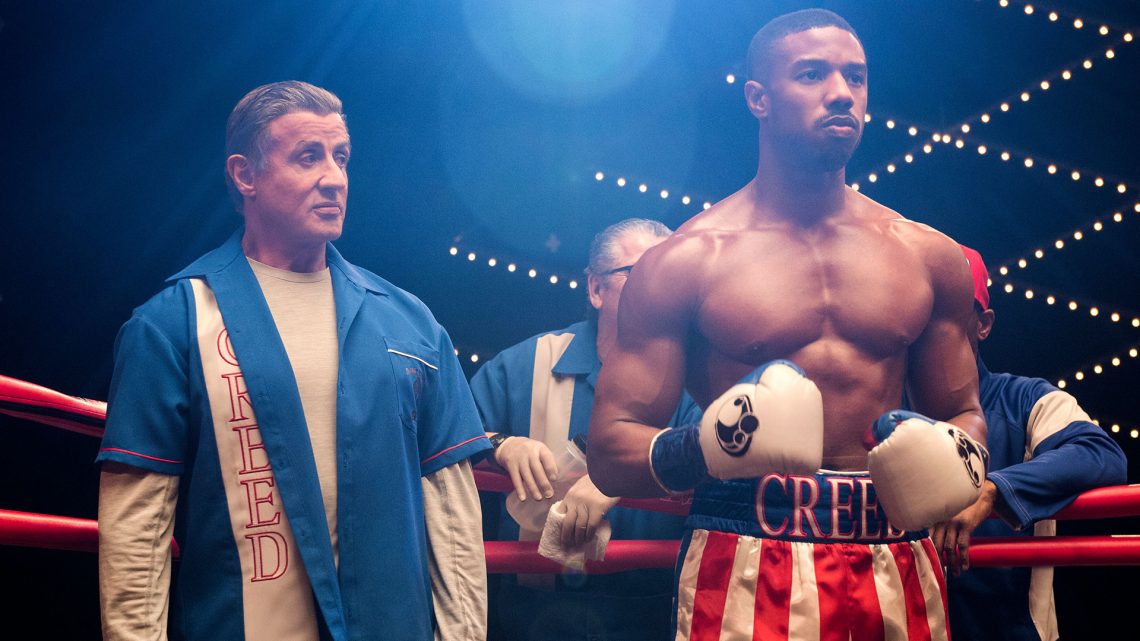 ‘Creed II’ Is Great Because It’s Yet Another ‘Rocky’ Remake

A particular Creed II scene felt like many others I’ve seen before: it begins with a light punch, a bobbing of the head, and a rope skip or two. A light musical beat edges in—slow at first, with a steady uptick. Our guy in question—probably some undereducated bum, former champion or talent with an edge—gets his slow-mo scene on; long, hard breaths, sweat trickling off of sculpted abs. And then he runs, until he’s sprinting. He lifts until he’s heaving, and an hour later, I’m in a gym, until I’m wheezing.

This is manipulation at its best.

Normally in film, a recurring scene like this—better known in Rocky terminology as the training montage—would be a bad thing. They (critics) call it “formulaic”; that trashy word insinuating something is predictable, tedious, and unoriginal. In the first 15 minutes of any Rocky joint, I’m meant to know the beats of an already familiar rhythm: the seemingly unstoppable opponent, the harsh training regime, that climatic throwdown, but with a serious and subtle exploration of hyper masculinity.

Ever since the Rocky franchise began in 1976, critics have protested this tropey, macho-cheese procedure. As a critic, I’m supposed to hate this shit; loathe it for the same reasons I loathe a Kanye West tweet; they’re idyllic, tidy, and routine—lacking cinema-like spontaneity that feels pure. But between the franchise arguments around toxic masculinity and general sameness, I ask: how can a great movie in the Rocky franchise be anything but a remake of the original Rocky movie? It can’t. It shouldn’t. And frankly, we should stop asking that they be anything else.

I completely get the reflex for change. When Creed first met the fellowship of the Rockys before it, the burden of being its own thing among doppelgangers felt strong. It had to walk and talk like a Rocky movie, but carry its own ID. Director Ryan Coogler, uniting the butch brawn of the 1980s cheese, with the mix of a 2015 street—street cheese—gave us an Adonis ‘Hollywood’ Johnson Creed (Michael B. Jordan), who would enter with the weight of a father’s legacy (Apollo Creed) and a feeling of abandonment.

Shifting to today, Steven Caple Jr.’s Creed II builds on the same story, but on a more basic plot level: opportunities to face off with oldish names (the son of Rocky IV’s Drago is the big bad), daddy issues in the background, overwhelming odds in the foreground, and an underdog-to-topdog finish. Our montage runs now come with Vince Staples raps over a Bill Conti beats; dashing urban spice on 1980s sensibilities. It operates under that good ol’ Rocky rhythm, fixed by a classic lore, while knowing when to honour and downplay the beats that perfected alpha-male tear-tugs.

Now, I’m not here stating that this franchise runs like a finely tuned-machine. Stallone himself as Rocky Balboa was forever romanticized as the patronizing caricature of the white working class; the natural Philadelphia bozo with wisdom bombs brimming with corn. Love interests in Adrian stood as background fodder from movie to movie; Balboa’s opponents became all the more cartoonish—and even still—I loved the rehash around that.

No matter how romantically handled the character issues were, that run on a simple rise to greatness—point A to B success story—felt comforting next to the overly-complicated. It matched how I emotionally dealt (in simplistic, problem vs. solution terms) with adversity. And that formula felt lived in.

Boxing aside, I could always see a part of myself in these on-screen circumstances.

Similarly, my own issues with my own father, felt non-complicated by circumstance. He was a thief among other things, and he ditched. My incentive for becoming better was as equally basic as a Rocky theme; I wanted to be better than him (when I felt like I wasn’t). And like Adonis, I was angry, and my journey towards a better me, like Balboa, amounted to reading, learning, and doing my best even when it felt exhausting. That simple beat of a Rocky theme just presented those feelings on an easy to spot level.

Creed II, like previous installments, embraces the themes that Sylvester Stallone wrote with a harmony, bringing simple-as-hell solutions to emotionally complicated problems. It just knows what music to play, what words to say. Despite the problematics of strong dudes becoming stronger to deal with their bullshit, the formula still works. Without that, a Rocky movie ceases to be what it is.

Sign up for the VICE Canada Newsletter to get the best of VICE Canada delivered to your inbox.

The Netherlands’ Master Weed Growers Are Flocking to Canada