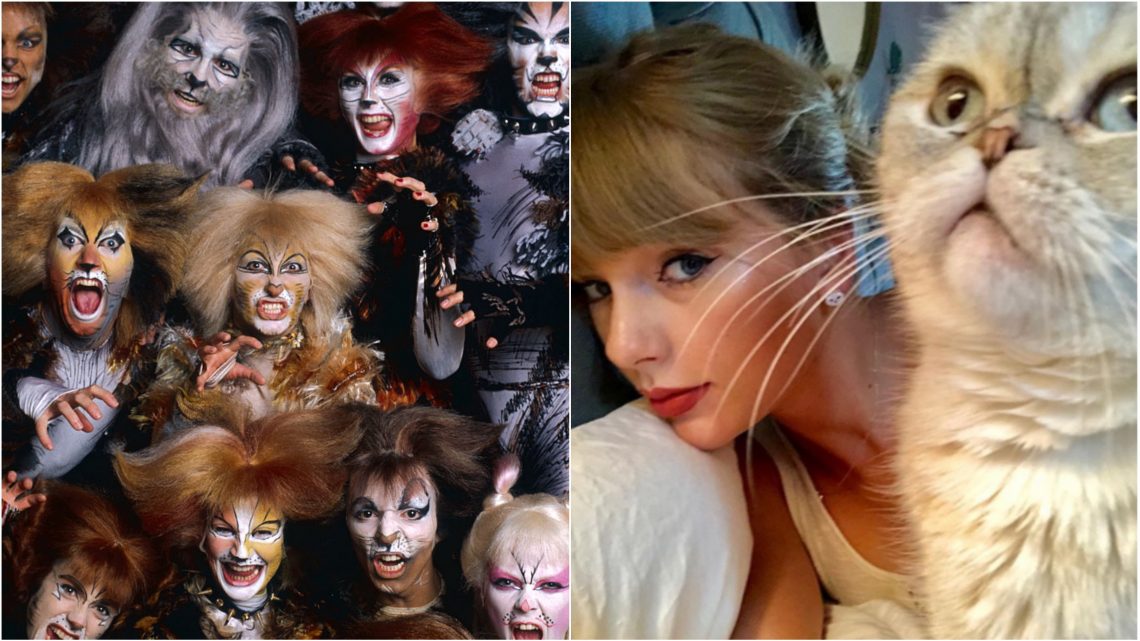 Tons of Stars Will Play Singing, Dancing Furries in ‘Cats’ for Some Reason

Nobody asked for this, but it looks like we’re getting a movie version of Cats, a.k.a. the biggest thing to happen to furry fandom since Zootopia. Wednesday brought yet another casting announcement for the Andrew Lloyd Webber-penned musical, which already boasted Taylor Swift, Idris Elba, Rebel Wilson, Judi Dench, Ian McKellen, Jennifer Hudson, and James Corden: Jason Derulo will play Rum Tum Tugger, the “sexy” rock and roll (and sometimes rap) cat.

That's enough star power to propel one and a half comic book crossover films, but there’s no point pretending it’ll be any good. As one Redditor astutely pointed out, Webber is essentially the Michael Bay of Broadway, widely condemned as a hack by discerning musical-goers, even as he's put butts in overpriced seats for decades. What I'm saying is, my grandma will absolutely buy tickets as soon as they go on presale, and I’m betting she’s not the only one.

For the blissfully unaware, Cats is a 1981 musical based off a book of poetry by T.S. Elliott. The plot is pretty much indecipherable, but basically it’s about a group of alley cats called the “Jellicles” who congregate once a year to decide which one of them should die and go to the “Heaviside Layer” to be reincarnated… as another cat.

Despite the strange premise and bizarre costumes, it's been one of the most enduring musicals of the last 50 years. It premiered on the West End in 1981 and ran for a whopping 21 years, and ran on Broadway for 18 starting in 1982. I first saw a touring version of Cats as a child circa 1994, and was (understandably) traumatized by the feline-human hybrids with glowing eyes prowling the theater aisles and singing at me about what Jellicles can do. Did I mention I’m staunchly a dog person?

Anyway, the worst thing about Cats the movie probably won’t be its terrifying singing and dancing Animorphs. The truly awful part will be how earnestly a film about pop star furries takes itself. At least Sir Ian McKellen, who’s playing Gus the Theatre Cat, has a sense of humor about the whole thing. He recently went on The Graham Norton Show and joked, “At the moment I’m looking for the inner pussy... I thought about going on a cat diet, weekend’s just eating cat food, seeing if that helped. I always thought that tin cat food smelt as if it might be rather tasty. It isn’t.”

Here’s how the rest of the cast shakes out: along with McKellen, Judi Dench is playing a wizened elder cat. Taylor Swift is finally getting the chance to leverage her cat obsession as a kitty who sings about “Macavity the Mystery Cat,” likely played by Idris Elba. Jennifer Hudson gets the power ballad “Memory,” as Grizabella the scraggly cat. Rebel Wilson is playing some cat named Jennyanydots, and we don’t yet know who James Corden’s feline alter ego will be. One thing that could help salvage this monstrosity would be casting comedian Patti Harrison (and her pal, comedy writer Mitra Jouhari) as backup dancer cats, but currently they're on the outside looking in.

All Americans of all ages will be forced by their parents to see this film, which drops December 20, 2019, almost exactly seven years after the Mayans predicted the world would end. While we wait, here's an extremely bizarre video of Derulo's character, Rum Tum Tugger, gyrating his hips more than is appropriate for any feline humanoid: