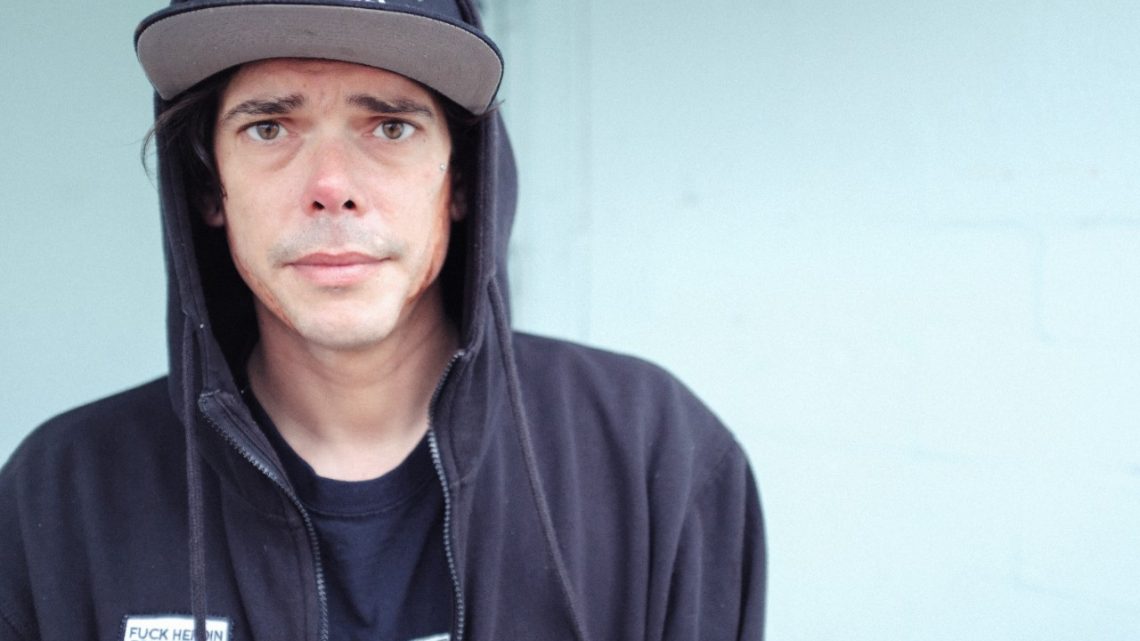 Recovering from drug addiction is not typically a one-and-done experience. Often, people move repeatedly between treatment and relapse, and not because of some personality flaw or weakness, but because of the enormity of the task at hand.

Studies have suggested that between 40 and upwards of 85 percent of individuals struggling with drug addiction will experience relapse, many within a year of treatment. A large part of that can be attributed to the fact that, according to the National Institute on Drug Abuse, addiction is a chronic disease, much like type II diabetes, cardiovascular disease, and cancer.

Few people understand what that means better than Frankie Holmes.

DOPESICK NATION, VICELAND’s docu-series about the recovery industry in South Florida, follows Holmes as he works with those who need help by doling out payment-free stays—or "scholarships"—at treatment centers. Like many of those who work in the treatment industry, Holmes is in recovery himself, and throughout the show, he’s candid about his own rollercoaster of experiences with addiction.

Holmes, who also co-runs the Fuck Heroin Foundation with his mom, is upfront about his own journey, past relapses, and struggle with sobriety. And as we learn in the upcoming season finale, he went to inpatient detox for misusing Suboxone, a common drug used for medication-assisted treatment, which ended with his using heroin, weed, and cocaine.

“They think they can fix us with more drugs,” Holmes told me over the phone, days after he got out of detox, referring specifically to what he described as pressure from insurance companies to get that form of treatment. “It’s something bigger than that."

VICE: How did you get into this industry?
Frankie Holmes: I was trying to get help desperately, called over probably 100 facilities. Was given random numbers that led to nothing. Luckily, I had someone take a chance and gave me a scholarship. I started seeing why the industry down in Florida is so shitty. I wanted to do something about it. About five years ago, my mom and I started doing something about it.

So you experienced Florida’s problematic system firsthand.
Yeah, I started seeing how people were making money off of helpless kids just trying to get help and recycling them. We’re trying to fight those people.

Can you tell me a little bit more about that?
At that time, I was just always trying to fight people. Going on rants on Facebook and stuff. My sponsor's like, "You're not doing anything positive about the situation. You’re just making it worse." That’s when I decided to start a movement [and] try to help people regardless of financial status.

How do you take care of yourself while balancing this taxing job?
Most times, when I need a break, I’m okay shutting my phone off. It rings to other people as well. I’m trying to get my mom to do the same thing, be able to take a break. Honestly, I try to put myself first. It’s a hard balance to find. There’s not really any advice I can give, because I’m looking to find that myself.

I know you have your share of hard moments on the job. But are there any positive experiences that really stuck with you?
There’s a lot of good and bad. On some of the worst days, [that’s] when we’ll get phone calls from people celebrating three years or just got married or had their first kid. Knowing that we’re able to be a part of that is a great feeling. People will die from this disease every day. Sometimes it’s people we’re helping. Sometimes it’s people we’ve helped. You can’t stop that. It’s a hard thing to accept.

Going through these rehabilitation and detox programs recently yourself, does that change the way you approach people that you’re trying to help?
I know the experience. I know what they’re going through at that moment, at that level of care. So I guess that does help. On the same note, recovery is an experience. It’s what you learned at that moment. It’s the pain that’s the same. What I felt then, they’re feeling. You know what I mean? That’s what brings most people to detox level of care.

What are your thoughts on negative perceptions of people struggling with addiction?
It’s been proven a disease by scientists, doctors, as well as [people in recovery] who study this stuff. Nobody gets mad at cancer patients. Lung cancer [often] starts with a choice, smoking cigarettes. You chose to do that. Nobody looks at that like something that starts from a choice. Even though drug addiction starts with a choice, [the decision] to be [addicted] isn’t made at that time. It’s too late. You try to stop, you’ll know. As mad as people get at people for using, they’re twice as mad at themselves. It’s one of the hardest things. As much as you’re judging, they’re probably judging themselves twice as much. If you ain’t got nothing nice to say, don’t say nothing at all.

What are your thoughts on medication-assisted treatment?
It didn’t work for me. It honestly went to a point where it made me worse, depression wise. Complete abstinence really works best for me. There’s some people that it works great for—I can’t really tell people yes or no [to starting it]. I don’t think they should be stigmatized. If they’re doing what they can do and they’re staying alive, they’re not facing overdose every day. Who cares?

What’s the importance of mental health treatment within this community?
I definitely think [mental health problems and addiction] go hand in hand. If there are mental health issues not dealt with, then the addiction is probably not going to be dealt with either. It’s going to be a revolving door until they’re both in check and being treated. I think mental illness keeps a lot of people sick. You’re only treating one component.

What do you hope people take away from this show?
Not everybody out there struggling is just a “bum.” Everybody has a story. Everybody has a family. It’s not just a bunch of junkies. It could be anybody. Stop judging and start helping.

This interview has been lightly edited and condensed for clarity. Those struggling with addiction or related issues can visit the official federal government SAMHSA National Helpline website for treatment information.

DOPESICK NATION is available both on VICELAND and online at VICELAND.com. Find out how to tune in here.

Why We Should All Be Watching More Queer TV