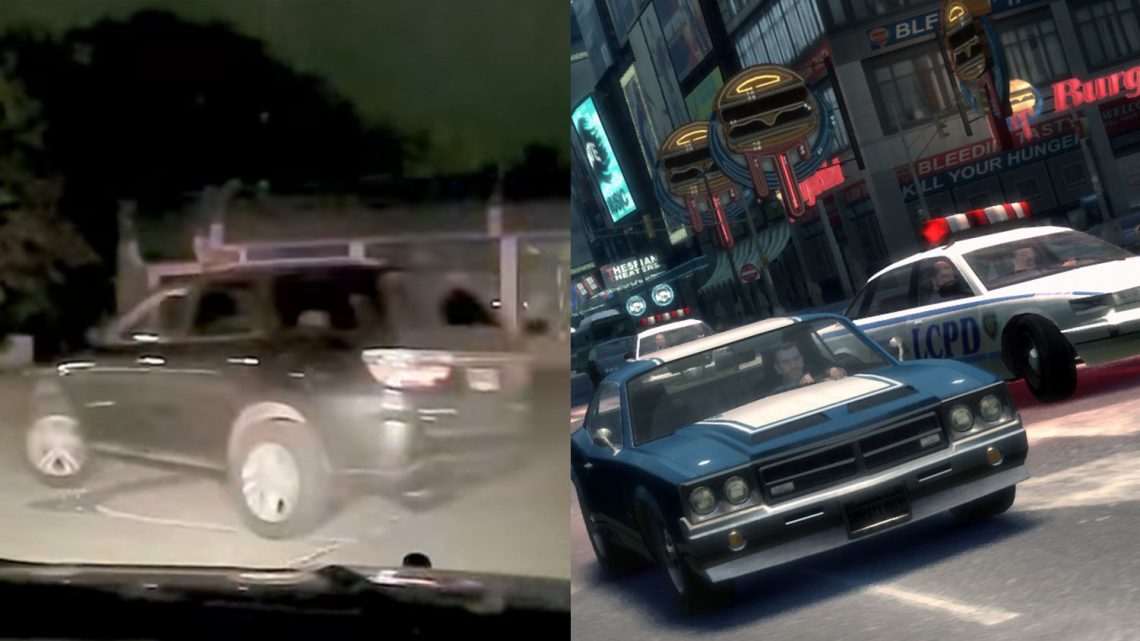 After a mother took away her 11-year-old son’s video game system, the little chap decided to go for a drive.

On Sunday night in Cleveland, a mother and son had a fight that resulted in her taking away his PlayStation 4. As a response, the kid decided to take away something of his mom's—her 2014 Dodge Durango to be exact—and go on a high-speed chase with it. To increase the insanity of this situation, this is the second high-speed chase the kid’s been on—the last one taking place of October of last year.

On Sunday’s chase, his mother didn’t initially know he stole it and simply went to bed—she found out when the boy’s father called her saying he saw his 11-year-old son driving around. The dad tried to track the boy down to bring his joy ride to a halt. According to Newsweek, the kid, attempting to thwart his dad, pulled into a former fire department. Then the cops had to get involved.

A cop saw the two in the fire hall and came to help sort out this situation. The kid must have panicked seeing the cop and sped off. Now we’re off to the races. Luckily, thanks to Cleveland.com, we have some video.

Sadly, as far as videos of ‘kids stealing their mother car and leading cops on a high-speed chase because their mom took away their video games’ go this one isn’t all that exciting. Luckily for you though, you don’t have to watch it because here’s a little breakdown.

After ripping away from the parking lot, the kid smashes the gas, pulling away from the cop and rips through a red light—police say he hit upwards of 90 mph. The cop goes a little easy on the throttle (it’s a residential zone) so it’s not too long until he’s so far ahead it’s hard to even spot him.

The road becomes winding and little guy disappears altogether. The cop gets to an intersection, swings left, and badda-boom badda-bing we see the angry video game kid again! He’s still pretty far in the distance but the cop does their best to catch up.

This portion of the video is pretty much just a rinse and repeat of the first one with the kid slamming on the gas and the cop not reciprocating—starting to see a pattern here? Again, we lose sight of the kid pretty quickly but the cop goes over a bridge, so that’s cool.

From here, the cop slows down and kind of meanders about and BOOM we smash cut to the interior of a different cop car, this one is stopped at an intersection. Here we can hear the copper yelling out his window at the other drivers on the road to “not go into the intersection, there’s a car coming.” And, boy-howdy, he wasn't lying. The 11-year-old piloted Durango comes just ripping through the intersection and the cop turns to pursue.

The kid weaves in and out of traffic while going at a pretty good clip and the cop does the best to keep up but they again follows the same script as the last one. It’s not long until the Durango goes from being a small blip on the screen to being nonexistent. That’s when the cops friends arrive though.

In the distance you see about four more cars, all sirens-a-rippin’ and lights-a-blazin’, turn down a side street in pursuit of the tyke. The cop, now in the back of the posse, goes easy on the gas and… that’s kind of where the video just sort of ends.

What we know after the video, as reported by Cleveland, is that shortly after the chase, the 11-year-old rolled the vehicle. Thankfully the kid was alright and will live to play another night of Fortnite. He walked out of the Durango but collapsed shortly thereafter—he was transported to a hospital and treated for minor wounds.

To cap all of this off, as mentioned above, this wasn’t the boy’s first time leading the coppers on a high-speed chase. A little over a year ago, the kid stole his mother's vehicle and took it upward of 100 mph through three counties. He was reportedly caught but the charges against him were thrown out after he was deemed unfit to stand trial.

In terms of this year's high-speed chase, Cleveland reports that the boy was arrested but has not yet been formally charged.

Don’t Look Now, but the 2020 Senate Map Is Brutal for Democrats