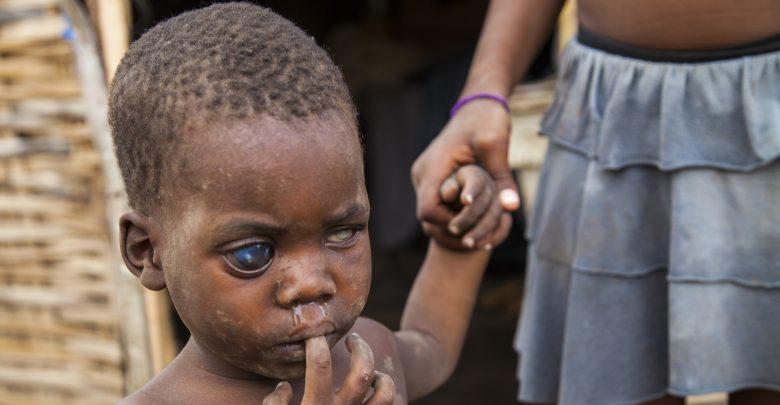 When the Dominican Republic Ended Birthright Citizenship, It Was a Disaster

Last week, an excerpt of an interview Donald Trump did with Axios showed the president reiterating his occasional call to end birthright citizenship, the practice of granting citizenship to anyone born on US soil, including the children of undocumented immigrants. Though it’s unclear if Trump can even follow through on this—many legal experts think it would take a constitutional amendment—some other conservatives like Texas Senator Ted Cruz and Vice President Mike Pence immediately parroted Trump.

Trump didn’t explain how ending birthright citizenship would work in practice, but Americans don’t have to look far to see how much of a disaster such a policy could be. They can turn to the Dominican Republic, which revoked citizenship status from an estimated 200,000 Dominicans of Haitian descent in 2013 amid international outcry, creating the largest stateless population in the Western Hemisphere. That ongoing crisis is an example of the consequences of taking the racist ideology underlying birthright debates (which often frame the usually dark-skinned descendants of immigrants as unworthy of full rights) to the extreme.

The Dominican Republic shares an island with Haiti, its much poorer, less stable neighbor. For decades Dominicans have discriminated against and committed atrocities against people of Haitian descent, who are mostly darker-skinned and speak Creole, in contrast to Spanish-speaking Dominicans. Haitian immigrants are a crucial part of the country’s low-wage labor force and the two countries’ cultures and ancestry have become intertwined over the years.

The Dominican Republic rewrote its constitution in 2010 to end the practice of granting birthright citizenship, though without changing the status of current citizens. The true crisis came in 2013, when the Dominican Republic’s highest court suddenly ruled that the new constitution should be applied retroactively, so that anyone born in the country to non-citizen parents since 1929 would no longer be considered a citizen. This meant people who had never been to Haiti, may not have known anyone in the country, and didn’t speak Creole were expected to build a new life there. The slogans protesters immediately fired back with were telling: “Soy Dominicano como tu” (I’m Dominican like you) and, “Somos Dominicanos y tenemos derechos” (We’re Dominicans and we have rights). The ruling sparked outrage from human rights advocates—although notably the US continued to send the country millions in military aid, and even continued to dispatch Border Patrol agents to help train their Dominican counterparts.

In response to the backlash, the Dominican Republic allowed affected people to reapply for citizenship for one year, but only a fraction of those stripped of their status were able to take advantage of that offer because many lacked birth certificates. Kristy Belton, a program coordinator at the Institute on Statelessness and Inclusion who studies the Caribbean, said, “(Dominican Haitians) see themselves as Dominicans still. The state has acted against them, but they’re very mobilized and active, fighting to regain the documents they’ve lost. They realize they’re being discriminated against but they’re very strong in their assertion of their right to be Dominican.”

Everyone in the Dominican Republic has to periodically re-certify their birth certificates, which they need to obtain official IDs, Belton explained. This could be a difficult process for Dominican Haitians to get through even before the 2013 ruling. But now it’s nearly impossible for them to get the IDs that are necessary to enroll in school, open a bank account, get a job, or go to the hospital, among other routine life tasks. The stateless people who remain in the Dominican Republic have little hope of living normal lives without valid IDs, even if they don’t attract the attention of the authorities. “You need your identity card to do absolutely everything,” Juan Antuan, a Dominican who was denied his ID between 2008 and 2014, told Amnesty International. “You could be somebody with a lot of experience in a specific area but without an ID card, you can’t be contracted… I wanted to go to university and then suddenly everything is paralyzed.”

The experiences of these suddenly stateless people underscores what can happen when someone’s home country revokes their citizenship. “If you don’t have a secure citizenship status, unless you’re living in a steadfast democracy that will at least respect your human rights then you’re in danger and you don’t have another country to go to for security,” Belton said. And though the Dominican Republic expelled tens of thousands of people of Haitian descent following the court decision, Haiti also failed to provide for them once they crossed the border. As Human Rights Watch researcher Skye Wheeler highlighted in a 2016 report, “Neither the Haitian nor the Dominican government is helping some of the most vulnerable undocumented people.” According to that report, some pregnant women displaced to the Haitian side of the border were so desperate for medical care they bribed border patrol agents to let them return to the Dominican Republican so they could have sonograms and cesarean sections.

In 2016, mainstream press coverage started ramping up about the thousands of Dominican Haitians being forced out of their country. An estimated 40,000 people were deported between August 2015 and May 2016, as Amnesty International warned that hundreds were unlawfully deported in the sweep, which observers say was clearly based on race. “When you read the text [of the constitution and the court ruling] itself you don’t see a direct link to race,” said Amnesty International Caribbean spokesperson Elina Castillo Jiménez. “It’s not until you stand up and analyze who’s being affected by this type of decision you realize that most of the people are Dominicans of Haitian descent and it ultimately does connect to the color of their skin and the way they live and their hair.”

Many others fled voluntarily, feeling unwelcome and intimidated, and built shantytowns on the border. A man named Manuel Don living at a border community told the Guardian in 2016, “Over there, Dominicans would pick up machetes and yell at the Haitians to leave.”

It’s clearly unlikely that the US would ratify a constitutional amendment to end birthright citizenship, or that the Supreme Court would make a ruling forcing millions of citizens to flee the country. But ending birthright citizenship would still probably create a new class of stateless people who were either born to undocumented parents or who would have difficulty providing their statuses through paperwork. It could also heighten discrimination and hostility against Hispanic communities in particular. Even if the change wasn’t applied retroactively as it was in the Dominican Republic, the newborn babies of the over 11 million undocumented immigrants currently in the US would find themselves in a desperate situation. “If you decide babies and children are not citizens then that makes them invisible in the eyes of any government,” Amnesty’s Elina Castillo Jiménez said. “Depriving people of their citizenship should be taken really seriously.”

Notably, anti-immigration Dominican politicians see themselves as aligned with Trump. “Before President Trump proposed the wall with Mexico, we in the Dominican Republic have been raising the need for a wall,” right-wing Dominican politician Pelegrin Castillo recently told the New York Review of Books. “We see in the Trump administration and in the policies that he promotes an opportunity to rethink all these issues, because with the previous administration it was not possible.”

Fortunately, outside of the Dominican Republic it doesn’t seem that there has been any particular push to end birthright citizenship, which is a common policy in countries in the Americas.

If Trump really followed through on his threat to attempt to end birthright citizenship, it would be an enormous policy change. The Dominican Republic should serve as a warning both about what can happen when a country moves to revoke citizenship, and about the virulent anti-immigrant hostility behind such rhetoric. “Even though in the US birthright debates are mostly political bluster,” Belton said, “it’s an important conversation to have because it brings out these strong strains of racism that undergird a lot of immigration policy.”