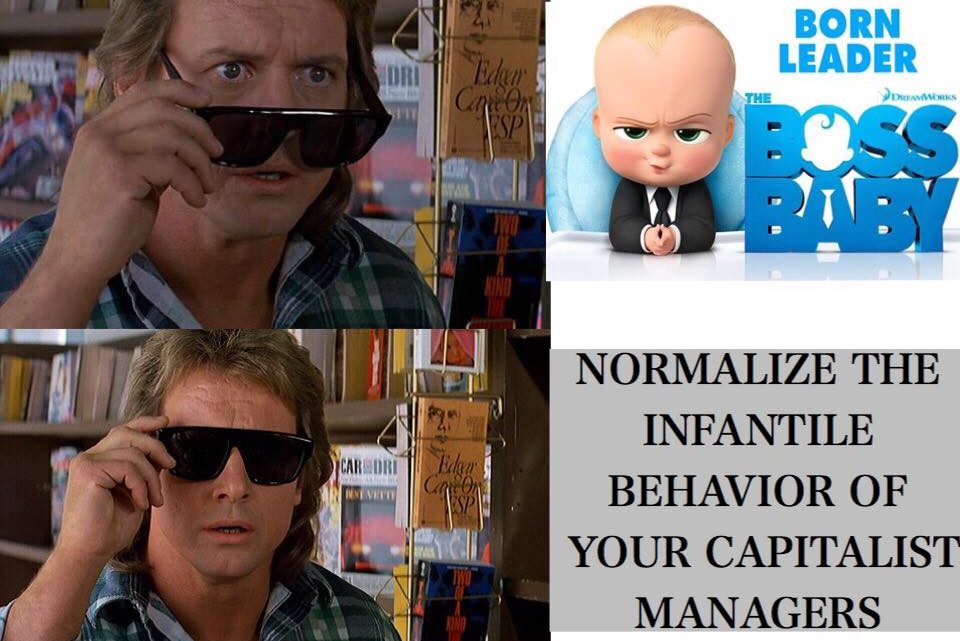 We Still Need ‘They Live,’ the Most Relevant 80s Movie

This week marks the 30th anniversary of John Carpenter’s alien invasion epic They Live. Based on a comic and short story by Philip K. Dick collaborator Ray Nelson, the movie is Carpenter's signature blend of high concept premise and low-budget, low-brow execution. Homeless blue collar working man John Nada (professional wrestler "Rowdy" Roddy Piper) discovers a pair of sunglasses that show him aliens have infiltrated Earth. The invaders have teamed up with the rich to profit off of the masses and keep them asleep with mind control. Of course, who can put an end to these "real fuckin' ugly" baddies but the hobo with the shotgun?

When it hit theaters in 1988, the New York Times dismissed They Live as a "tongue-tied" B-movie. The Washington Post called it "preposterous." The Chicago Reader called it, "ideologically incoherent." None of them are wrong, really. The script, written by Carpenter under the pseudonym Frank Armitage—also the name of co-star Keith David's character in the film—is on-the-nose and preachy. A priest quite literally summarizes the plot of the film within the first 10 minutes. Once Nada discovers the alien threat, he comes off as a trigger-happy maniac. Even though Carpenter once called it a documentary, the film is patently, joyously absurd. The critics didn't have it wrong, but they couldn't have predicted the impact this dumb, smart, and unapologetically bold film would have.

Carpenter is a lizard brain auteur, pumping out pessimistic, badass movies like The Thing and Escape from New York that shed light on the human imagination's dark fears. His ideas about visualizing terror permeate international culture, and there are few better examples of his impact than They Live. It's been parodied countless times, but also used in philosophical thought experiments, political propaganda, and conversations about advertising. Artists ranging from streetwear mogul Shepard Fairey to the indie GIF animators showcased throughout this piece are drawn to the imagery, and meme-makers have adapted it to countless a-ha moments and toxic conspiracies. Some even connect it to the Bible's description of the end times and Revelation, because of course they do. For fun or otherwise, They Live speaks to people.

The cheap, $3 million B-movie has gripped audience's imagination ever since it more than quadrupled its budget at the box office. Three decades later, its 80s kitsch isn't a bug, it's a feature. Lines like, “I have come here to chew bubblegum and kick ass. And I’m all out of bubble gum," form a thick layer of cheese on top of a juicy political message. Viewers have room to laugh while they consider the central idea of the film, which remains relevant to this day: people are distracted from big, important issues by advertising, consumption, and the pursuit of meaningless status symbols.

It's a simple concept simply rendered, like the Nike logo, and that's why it's survived so long. The very thinness of its message that the Chicago Reader blasted is what lets They Live pivot and adapt. 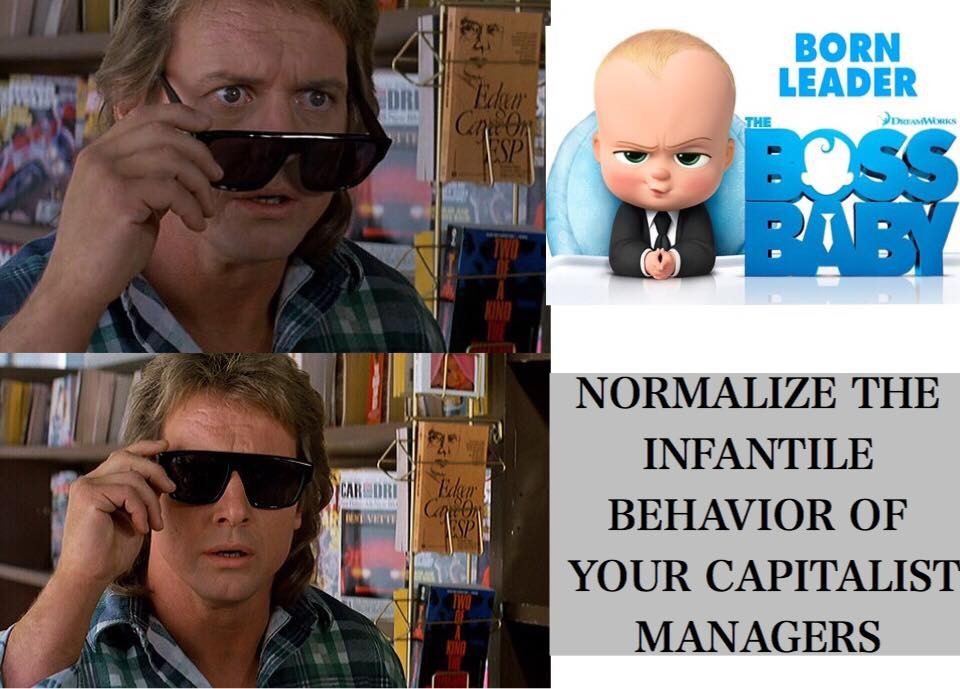 There's probably not an illuminati-like organization controlling the world, unless you count Facebook and Google, but everybody knows advertising and branding are designed to manipulate consumers into buying products. Studies estimate that while the average American saw around 500 ads per day in the 70s. In 2006, it was more like 5,000 per day. In 2018, one study suggests nearly two hours out of every American's day are devoted to advertisements. Constant exposure to media is heavily linked to anxiety, and people want to do something about it. A group of hackers even created a functioning prototype of They Live-style glasses that would block out unwanted logos and ads.

It's highly relatable watching Nada put on the glasses that reveal aliens are controlling the world. He sees a sensual photo of a woman in a bikini on a Caribbean tourism billboard transforms into, “MARRY AND REPRODUCE.” Magazine covers demand their readers “BUY” and “STAY ASLEEP.” Each dollar bill is actually printed with the words “THIS IS YOUR GOD.” An ad for a data-processing company reads “OBEY.”

These terms are vague, but always in vogue. They're as applicable to the Reagan culture wars Carpenter was responding to as the late-capitalist oligarchy people fear today. Neither the aliens nor the man fighting them has any specific ideology beyond power: for freedom to pillage the underclass and freedom from being pillaged. This movie will be relevant as long as there are haves and have-nots.

Beyond the ideology, They Live remains relevant not because of its dystopian ideas, but because of the simple solution to them. As America becomes more and more divided—or more self-aware about its divisions—imagining a piece of technology that can get everyone on the same page about the facts is beautiful escapism.

Inside an Underground Women’s Mud Wrestling Ring in Chicago