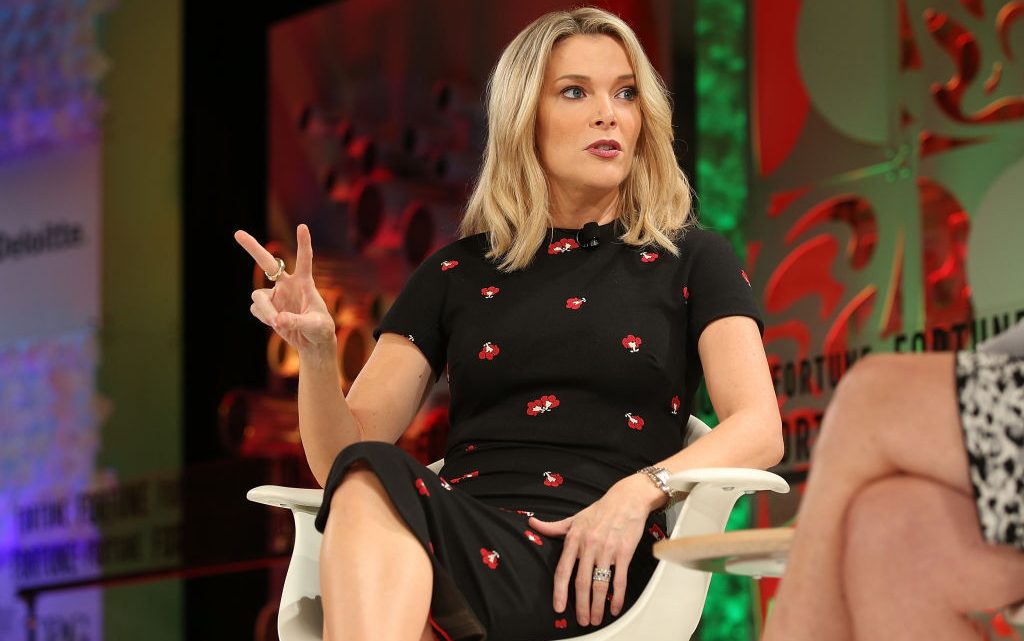 NBC Is No Hero for Firing Megyn Kelly

After a dramatic few days sparked by Megyn Kelly's on-air comments about blackface, followed by a tone-deaf redemption episode that only seemed to dig her further into a hole, NBC News made the official announcement on Friday: Megyn Kelly Today was cancelled, bringing the host's time with the network to a probable close. Ending her show was a necessary move, but NBC is hardly the hero of the story.

The network knew what it was getting when it hired Kelly last year. She had a history of making racist comments and built her brand antagonizing progressives as a right-wing pundit on Fox News. NBC courted her with a whopping $69 million three-year contract. Her hiring was largely seen as an expensive ploy to lure conservative viewers to the network. It's a gamble that seems to have backfired.

Kelly struggled to sand down her divisive persona to fit the mould of an apolitical morning talk show host. She anchored the nine o'clock hour of Today for a little more than a year, and in that time, she made a number of gaffes that offended viewers and guests. Her colleagues at NBC resented her. Her ratings were lower than expected, and Kelly was reportedly already in talks with NBC News chief Andy Lack about her role well before last week's blackface comments.

It wasn’t until her behavior became news enough to garner its own segment on Today that the network seemed to acknowledge that hiring a host with a history of racist remarks may not have been a good idea. At a town hall with NBC staff, Lack assured his employees that there’s “no place on our air” for comments like Kelly’s. But it's unclear whether it was really her words that toppled her, or if the drama coupled with low ratings made Kelly more trouble than she's worth. NBC is the same news organization that excused and protected Matt Lauer’s predatory behavior and killed the original Harvey Weinstein story reported by former correspondent Ronan Farrow, leading him to publish it in The New Yorker. There’s precedent for NBC turning a blind eye when a money-making figure causes trouble.

This all makes Kelly’s redemption episode last Wednesday seem suspect. NBC wouldn’t have let her apologize on air and host a discussion about racism with two black journalists if they didn’t think it had a chance of working. The surprisingly honest message that Rowland Martin and Amy Holmes had for Kelly was that she devalues black history because she exists in a white silo, propped up by the largely white media establishment. But the segment felt like the age-old tactic of letting minorities voice concerns without addressing the issues they raise. Unless NBC makes huge changes to its leadership, the discussion may as well have been had in a vacuum.

It’s a strategy used all the time by powerful institutions, like when universities invite experts to analyze their diversity initiatives but then avoid implementing policy suggestions, or when museums invite artists of color to critique their power dynamics then continue to stir outrage over their hiring practices. If Kelly’s ratings were solid and her relationship with NBC were stronger, the network might have tried to ride out the storm.

It would be naive to think that Kelly’s exit marks the end of NBC’s quest to lure right-leaning audiences—where there’s a $69 million will, there’s a way. The network may take advantage of her ouster to hire a conservative host more under the radar, perhaps someone with less baggage for less money.

We’ve seen that tactic play out recently at other outlets, including The Atlantic, which hired and quickly fired conservative writer Kevin Williamson amid outcry over his past work, then pledged to find other ways to represent right-wing opinions. ABC fired the problematic matriarch of Roseanne once she became too toxic, then resurrected the show as The Conners, exemplifying a similar impulse. And the New York Times has drawn criticism for defending its more controversial content—from an animation widely condemned as homophobic to a profile of a white nationalist that seemed to normalize neo-Nazi views and behavior—in its quest to represent all corners of society.

Organizations like NBC are gambling more than millions when they hire someone like Kelly to represent the network. They’re risking their credibility in the name of attracting the white, conservative audience seemingly cornered by Trump and Fox News. They’re also further alienating viewers of color, who’ve never been adequately served or represented by the mainstream media.

It’s probably only a matter of time before another TV personality is felled by an on-air racist tirade. But it’s not the individual instances we should preoccupy ourselves with, it’s the industry that empowers these people to speak for and to us in the first place.

64% of Firms Doing Business in China Consider Relocation, Only 1% to N. America