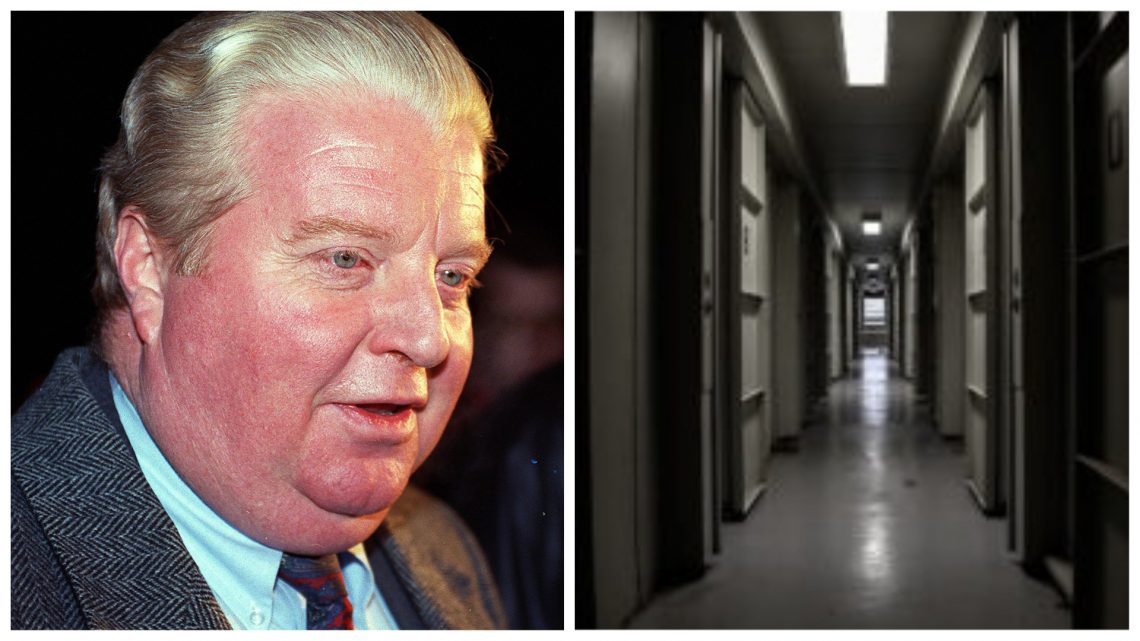 How to Stop Dirty Cops from Putting Innocent People in Prison

It started with a bang at the door on Chicago's South Side. Then, a kick that took the door off the hinges. It was the police.

It was August 26, 1988, and they wanted Marvin Reeves, a 29-year-old mechanic, because a jailhouse informant had named him as one of the perpetrators of an arson that took the lives of two women and three children.

When police came for him, Reeves was in bed with his girlfriend, who was pregnant. Reeves wouldn’t meet his child for two decades.

An officer put a gun to Reeves’ head. "Then his exact words were, 'Nigger, if you move, I'll blow your brains out,'" Reeves told me. He said officers “put me in a room, handcuffed me to a wall. And one officer after another came in kicking and beating on me.”

Reeves never confessed, but another man, Ronald Kitchen, who was tortured for 16 hours, signed a confession implicating Reeves. Reeves was convicted in 1991 and sentenced to life in prison. Kitchen went to death row (which he recounts in his newly released memoir).

Reeves and Kitchen are two of more than a hundred men, mostly African-American, who were tortured under former Chicago Police Commander Jon Burge and his crew of officers. For decades starting in the 1970s, Burge and company engaged in brutal tactics—including mock executions and electrical shock—that led to a number of known false confessions and wrongful convictions, like Reeves’s and Kitchen’s. Both men were exonerated in 2009. Burge, who was fired by the Chicago Police Board in 1993, was convicted of perjury and obstruction of justice in 2010.

All of these horrors took place before citizens’ complaints against Chicago Police were publicly available. Disciplinary records during Burge’s reign of terror are thin and were likely not well-preserved. But had they been in the public domain, as they are now in Illinois and in a handful of other states through open-records requests, information about bad cops’ career histories could have thwarted a number of these nightmares.

“Believe me, the crumbs they give me, I’d give it all back to have my life back,” said Reeves, who with Kitchen won $12.3 million in legal settlements.

The Invisible Institute, a journalism production company where I work, is in the process of developing a public archive of the Burge cases. As we work to curate this violent history, my colleagues and I are especially concerned to avoid giving the impression that police abuse is a thing of the past. Indeed, when the city moved to grant a $5.5 million reparations package to Burge torture survivors in 2015, Mayor Rahm Emanuel said they hoped "to bring this dark chapter of Chicago's history to a close." Yet the very next day, the city council also quietly approved a separate settlement in a nearly identical amount, $5 million, to the family of Laquan McDonald, in part to keep hidden the damning video of Chicago Police Officer Jason Van Dyke shooting McDonald 16 times, front and back. Van Dyke was convicted for the murder early this month.

Although Burge is now in the ground—he died in September at the age of 70 in Florida, where he continued to collect a $4,000 a month pension—the persistent pattern of police abuse he embodied remains very much above ground in Chicago.

“The death of Jon Burge is by no means an end of an era. He was no solo actor,” said John Conroy, the journalist who broke the Burge story for the Chicago Reader in a 1990 feature, “House of Screams.”

The police misconduct, Conroy argued, was part of an ecosystem of corruption. It was “sanctioned by prosecutors, winked at by judges, and ignored by city officials who never bothered to track bad officers.”

Thanks to data technology and a major open-records victory, it is now possible to track police misconduct in Illinois, as demonstrated by the Citizens Police Data Project. Housed by the Invisible Institute, the database contains almost 250,000 allegations of police misconduct, with the oldest electronic disciplinary records dating back to 1967. An analysis of the records consistently shows that police officers with the most complaints are less likely to be disciplined than their peers with fewer complaints. From 2000 to 2016, only 1.2 percent of civilian cases resulted in an officer being suspended or terminated.

This is near impunity. I say near impunity, because citizens are now armed with this information. And while the majority of states still ban the public’s full access to police disciplinary data, there is a push towards greater transparency, as seen in California’s newly passed law, New York’s secret police files, St. Louis police information posted online by an activist, and Philadelphia’s release of civilian complaint data. But the impetus behind unmasking officers’ career histories goes beyond ideals of open data and accountability.

Another emerging goal is to reverse and prevent wrongful convictions perpetrated by dirty cops besides known bad actors like Burge or ex-Detective Reynaldo Guevara, who remain the most notorious in Chicago.

“What we ought to have in every jurisdiction is a public database of adjudicated acts of [police] misconduct,” said Barry Scheck, the acclaimed criminal defense lawyer who co-founded the Innocence Project. “Everyone should be walking into court looking at a smartphone with this information.”

Scheck, who helped pioneer the use of DNA evidence in court to prove innocence, is now working with a burgeoning coalition of data scientists, journalists (including the Invisible Institute), lawyers and others to make Big Blue Data (police data) publicly available. A first step is to help public defenders’ offices obtain police disciplinary data to better represent defendants who might otherwise be convicted on the false testimony of a police officer. As public defenders audit cops, prosecutors also collect information for themselves—“a virtuous cycle,” as Scheck puts it. “Prosecutors are in a special position to identify officers that they themselves feel have not testified truthfully in court," he told me.

Scheck said he was working with the National Association of Criminal Defense Lawyers and other groups to survey defenders’ offices across the country. Their goal: To find out how capable these offices might be of collecting data about police officers, and what obstacles they might face, such as state laws, local ordinances and, often most acutely, police union contracts.

“We need people to provide resources to make sure that defenders can do it,” Scheck said. “In terms of criminal justice reform, it is my view that the defense function is a critical function and under-resourced.”

In Chicago, this strategy is gaining momentum, and it’s an important place to start. Preliminary findings by the National Registry of Exonerations show nearly three quarters of exonerations in Chicago’s Cook County involved police misconduct—and the majority of those wrongly convicted in such cases were black Chicagoans. Compare this to the country as a whole, where a third of cases involved police misconduct, according to the same analysis.

“The rate of misconduct in Chicago is very high,” said Samuel Gross, a University of Michigan law professor and editor of the National Registry of Exonerations, who provided me with the research. “Exonerations are the tiny tip of the huge pyramid of misconduct.”

But this pyramid could, at last, come tumbling down, through the phenomenon of mass exonerations, or large swaths of convictions overturned in connection with individual corrupt cops. Such was the case with former Chicago Police Sergeant Ronald Watts, who ran a racket for a decade by preying on public housing residents and planting drugs on them. Now dozens of convictions have been vacated in connection to him.

The mass exoneration in the Watts cases is rare, but not unprecedented. In Philadelphia, over the last 23 years, about 1,500 convictions have been tossed out after public defender Bradley Bridge re-examined convictions tied to officers who have been identified as corrupt, according to his own count.

“The next phase in the innocence movement is mass exonerations,” said Joshua Tepfer of the Exoneration Project, a pro-bono legal clinic that has represented 31 defendants railroaded by Watts and his crew. “People take on cases and reinvestigate them, like Detective Guevara or Commander Jon Burge, but there’s been no real coordinated effort by certain individuals to go back and audit all cases at once.”

The monumental task ahead, if we can rise to the challenge, is to take a deep dive into the nexus of police misconduct and wrongful convictions. To date, nearly 2,300 people have been exonerated in the US since 1989, with more than 20,000 years lost behind bars. We can probe not only these exoneration cases for known bad actors, but also the cases of those still incarcerated for crimes they did not commit. Having read hundreds of letters from prisoners over the last decade, I have heard echoes in their cries for help.

Often, those echoes are the names of corrupt cops.

That’s why my team is collecting and transcribing prisoner letters (where innocence has been asserted) and turning them into data for pattern analysis, with the help of Civis Analytics. Paired with publicly-available police misconduct and exoneration data, we hope that these letters will unearth clusters of wrongful conviction cases for investigation.

We must bear in mind that before “Burge” became a synonym for “torture” in Chicago, Reeves and Kitchen and many others tried to tell anyone who would listen about patterns of police abuse. From behind bars, they continued to testify so that their stories didn’t go into a black hole of official secrecy. Now it’s up to us, with the power of open data, to finally bring police abuse into the light.

Alison Flowers is the Director of Investigations at the Invisible Institute. She is the author of Exoneree Diaries: The Fight for Innocence, Independence, and Identity. Follow her on Twitter.

Canada May Not Have Enough Legal Weed for a Year