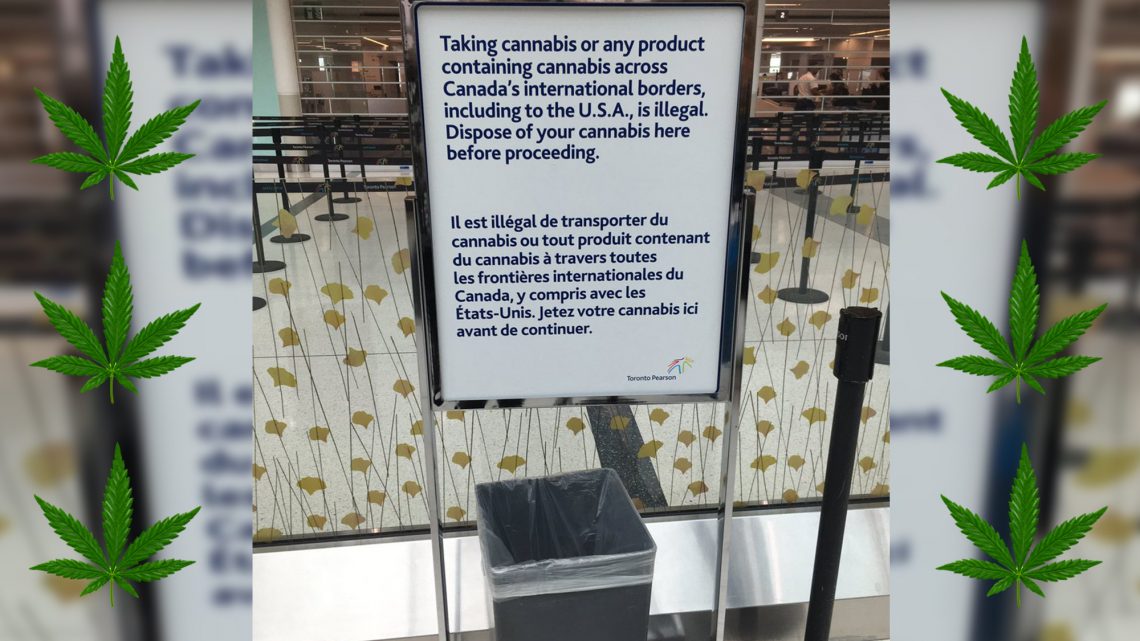 Sadly, There Are No ‘Free Weed’ Garbage Bins at Toronto’s Airport

In Canada's busiest airport there exists three ordinary looking trash cans, but, believe me, these are extraordinary cans.

The biggest indication that these Pearson airport cans aren’t your everyday trash cans would be the sign posted above them reading: “Taking cannabis or any product containing cannabis across Canada's international borders, including to the USA is illegal. Dispose of your cannabis here before proceeding.”

Now, as I mentioned earlier, these aren’t some sort of odor proof, one-way entry, high-tech gadgety type of cans. These are just ordinary cans—cans that a brave person–let’s say one who has been fucked over by Ontario's BRUTAL legal cannabis rollout—could just reach into and get their hands on some good, good sticky-icky. This was pointed out by many online including users on Twitter and Reddit.

I mean it’s not the most convenient way to hook up the people who ordered weed (which may never show up) online a week ago but, hey, who am I to judge? Well, the fine folks over at Gizmodo decided to see if this was the case and shot off an email to the public relations people at the airport. Lo and behold, turns out you can’t just get elbow deep in that bin and root around in there like you’re searching for the good candy deep in your pillowcase after trick or treating.

We here at VICE decided to make sure that was still the case—people change their minds, especially during shortages like this, ya know? So with fingers crossed, we emailed but… it wasn’t to be. Natalie Moncur, a spokesperson for the Greater Toronto Airports Authority, told VICE the “response provided to Gizmodo still stands—the characterization of ‘free weed bins’ is grossly incorrect.”

Moncur told VICE that the bins have been kicking around the airport since the day weed became legal in Canada. They’re there “to ensure that passengers have the option to responsibly dispose of cannabis before flying.” Even if you think you could reach in without being noticed, it’s still not kosher.

“Passengers are not able to remove anything from these temporary containers, and anything that passengers put in the containers is picked up and disposed of by a third-party service,” reads Moncur’s email.

In total, there are about three of them strewn about the airport, and they’re constantly monitored by “security contractors.” It’s apparently only temporary, however, and the cans will be gone when more secure containers are installed. Until then though—and if the OCS doesn't get their shit together soon and the police keep raiding dispensaries—these constantly-monitored trash cans might be the only place in the province that actually has weed.

The way things are looking in Ontario though, let me say this: The airport is going to want to get these high-tech bins in soon because it’s not very long until some stoners start getting desperate.