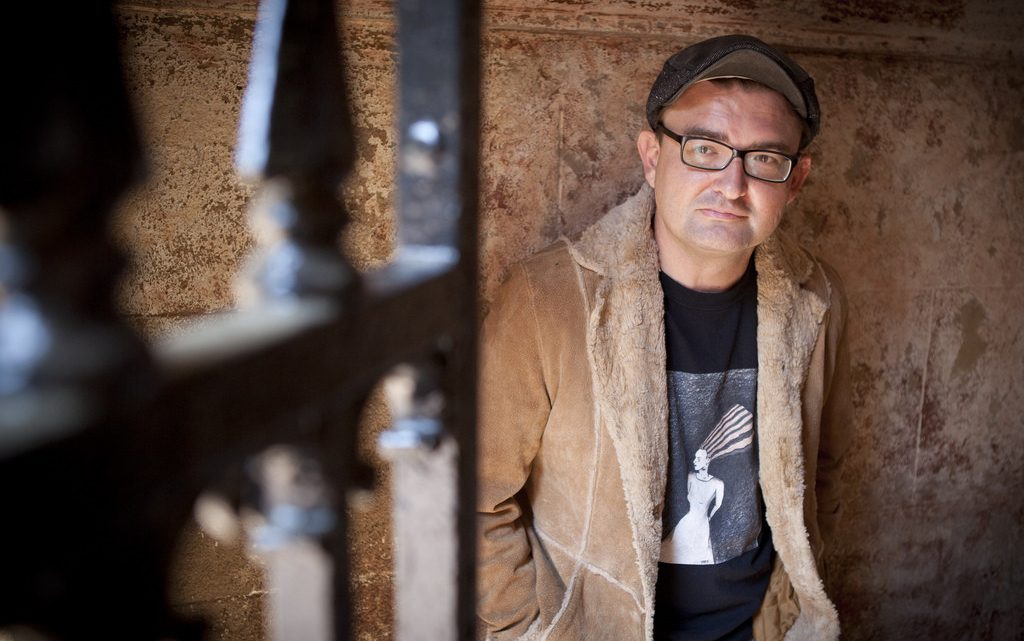 In World War I, or what's referred to as the Great War, 16 million people were killed and over 20 million injured. It was destruction on a global scale the likes of which the world had never seen. In fact, despite the numbers, we’ll never know the full story of the war’s devastation. The casualties were catastrophic, and civilians became targets not only in Europe but in sub-Saharan Africa and the Middle East. The Allied blockade caused an unknown number of deaths in Germany and it continued even after the armistice and into the peace negotiations, causing widespread starvation. The true casualty rates may actually be over 40 million. But the numbers do not tell the whole story.

A whole conceptual world died. Certain ideas about the nature of the human being, and optimism about the human future became impossible in a world of poison gas, machine guns, and a shells that could tear a human being in half. It’s hard for us to conceive today how apocalyptic the war seemed. The closest modern comparison would be if a series of “dirty” bombs exploded all over the capitals of the world tomorrow, or a nuclear exchange killed tens of millions. By 1918, the world of 1914 was unrecognizable. It was a shattered image as the "Great War" ingrained itself onto the world's psyche and changed things forever.

In a new book, Wasteland: The Great War and the Origins of Modern Horror, out October 16 on Counterpoint Press, historian W. Scott Poole looks at how the horror genre slowly evolved and took shape after World War I. Major films, with themes still recognizable to horror fans today, like J ’accuse (1919), The Cabinet of Dr. Caligari (1920), and Nosferatu (1922) all appeared within a few years after the end of the conflict. Almost all were produced, directed, and written by veterans who had seen some of the worst of the fighting. VICE talked to Poole to find out why the birth of the horror genre was rooted in the destruction of the Great War, how the definition of the word horror evolved over the years, the debt the White Walkers from Game of Thrones owe the conflict, and the images of the fighting that still linger today.

VICE: Why are you convinced the birth of the modern horror genre was rooted in the destruction of the Great War?
W. Scott Poole: The macabre had existed long before the Great War, in epics, gothic novels, the work of Shelley and Stoker and Baudelaire. But new themes that we connect with horror—dismemberment, mutilation, the dead that return for revenge, the sense that not only a house might be haunted, but that the whole world could become a charnel house—this appeared for the first time and found a far larger audience. What I have seen in the writings of veterans, including those who became some of the first horror auteurs, is a desire to compulsively relive the trauma over and over again. Horror is a language of trauma.

Why do you think people haven’t considered the wartime context for horror’s emergence before?
I can’t claim to be the first to have noticed it. The idea has appeared before, both in fiction and non-fiction. David Skal writes in his popular, now classic book, The Monster Show, of how the beginnings of 20th-century horror are found in a world that dealt not only with a mountain of corpses, but millions of often horribly disfigured veterans. Christopher Bram’s novel, which became the Academy Award-winning film Gods and Monsters, tells the story of James Whale, the director of the 1931 Frankenstein, his final years haunted by his memory of the trenches and of his monsters. My book is new in that it’s the first comprehensive look at this era that shows the links between history and horror.

How did the Great War ingrain itself on people’s psyche?
Death would never be understood in the same way. This is perhaps the most important way that horror became part, not only of mass culture, but of how we see the world. The 19th century had sentimentalized death in many ways, especially in burial and mourning practices. This became impossible after the Great War, and both soldiers and civilians were buried in mass graves, unidentified and unidentifiable. We see in horror films like Paul Leni’s Waxworks (1924) or The Cabinet of Dr. Caligari (1920) the idea of the body as an automata, a kind of death doll, an empty husk. This is terrifying. It’s a sign of how deeply the world had changed that such stories could, when they made their way to the United States, become the hugely popular monster movies of Universal Studios. It is, I say in the book, as if death had a fandom.

Describe what the Great War’s no man’s land was like and how the trenchworks factored into to modern horror imagery?
No man’s land, a kind of field of corpses, represents a new sort of haunted house, an embodiment of the most morbid aspects of horror film and what I’d even call horror as a worldview—a way of thinking about the war. Even in sub-genres of horror like the off-road slasher film—the cult classic The Hills Have Eyes would be an example—we see this imagery. The new season of American Horror Story, “Apocalypse,” uses this imagery, combining it with the terror of the figure in the gas mask, an inhuman image that we see used over and over again in horror.

Horror is the language of trauma.

How did artists like Otto Dix influence the emerging genre?
Otto Dix fought through four years of the Great War and, like so many, came away a confirmed pacifist. He saw art as, in his words, an “exorcism.” It would shock and offer “horror to the moralist.” He, and other veteran/artists like Max Ernst, portrayed images of death, the grotesque, and the morbid. I think readers will be surprised at how much interchange occurred between what we think of as “pop culture,” such as film, and the so-called “high culture” of art. It was a time when, as another veteran artist André Breton described, art must present the nightmares of the world to the widest possible audience. This is why, for example, young surrealist painters loved the film Nosferatu, even dressing like the characters and shouting out their favorite lines at repeated viewings.

Describe how the definition of the word horror has evolved over the years?
The word horror was not used in our sense before the Great War. The term appeared in the poetry of the Decadents and Romantics but often to describe physical repulsion, in fact, it was also used before the Great War as a medical term for a loss of control of the body. It’s significant to me that the ghost story or the “weird tale” after the Great War becomes a horror story, very literally a story of bodies in agony, reflecting the Dante-esque realities of modern war.

How did World War I influence filmmakers like Fritz Lang, F.W. Murnau, Albin Grau, Tod Browning, and James Whale?
For all of them, the war left a sense of mental and emotional fragmentation that their films replicated. Lang came back deeply scarred by the war, waving his service revolver around in very public fights with his wife. We see some of this rage and sense of dislocation in his films of crime, serial murder, and, famously, in Metropolis, a futuristic society that has at its heart a beast, a monster that swallows human beings whole. Murnau and Grau both lost comrades in some of the most ferocious fighting on the Western and Eastern fronts, and Grau believed in their making of Nosferatu that he had, in his words, shown the world “the war…the cosmic vampire that has sucked the blood of millions.”

Whale created, after his experience in the trenches both World War I films and the two great Frankenstein films—Frankenstein in 1931 and Bride of Frankenstein in 1935. Today, Frankenstein’s Monster may seem a friendly square head, used to sell everything from cereal to hamburgers. We do well to remember that he is something more terrible than the return of a corpse in Whale’s vision. He’s a field of corpses, a graveyard of bodies stitched together and moving. He’s the nightmare of the last hundred years.

What debt do the White Walkers in Game of Thrones owe to the Great War?
The White Walkers are another example—there are many others in mass culture from the films of the late Romero to the fiction of Max Brooks—of our obsession with an army of the dead. Filmmaker Abel Gance first sought to capture this image in a 1919 film made in the final months of the war in which an undead army of veterans rises and returns home, to the horror of their loved ones. Gance used actual veterans of the fighting in Verdun as extras to play the undead army, many of them bandaged, some amputees, others with horrific facial injuries. This idea, the corpses of the last hundred years of conflict ignited by the Great War, obviously haunts us even in our most popular entertainments. If it is escapist, it doesn’t work, it’s a kind of failed leap out of history.

What are some images from the Great War that still linger today?
Walter Benjamin, a kind of wandering essayist whose work I follow through the book, talks about “wreckage piling upon wreckage” as an image of modern history since 1918. The Great War began this catastrophe. The “peace” created, for example, the very idea of “the Middle East” as Britain and France carved up the now dead Ottoman Empire into colonies. Britain essentially, for example, decided that the nation of Iraq would exist, cobbling it together out of peoples who had little in common.

America and Japan became great powers because of the war, and their competition for the Pacific set them on a collision course that became part of World War II. Indeed, it’s difficult to imagine the Arab-Isreali conflict, the Cold War, or modern terrorism without the world that the alleged peace of 1918 made. In fact, the virulent fascist ideologies of the 20s and 30s, the concept that a people could find transcendence by “making their nation great again,” is entirely a monster born out of the trenches, ideas hatched in the damaged minds of Corporal Mussolini and Corporal Hitler, that shadow us still. We are living in the haunted house, the inescapable haunted house, of no man’s land.