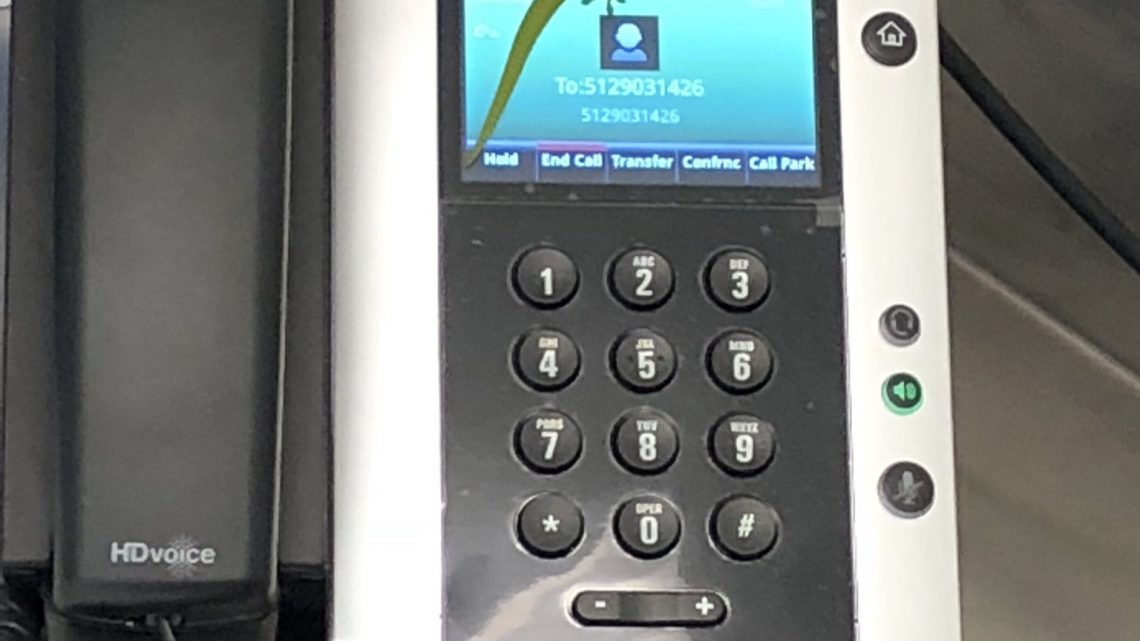 It was just another ordinary Wednesday for Dr. Claire Simeone, a seal specialist who runs the Ke Kai Ola Marine Mammal Center in Kona, Hawaii, until she got a strange, unnerving call on her cell phone. When she picked it up, all she heard was silence on the other line: no static, no breathing, nothing. She didn't think much of it, but soon she found herself in a bizarre and chilling real-life reenactment of When a Stranger Calls.

A few minutes later, her phone started ringing off the hook—nine times over the course of about 15 minutes—and each call was the same: An eerie, empty silence. Worried that there might be some kind of "seal emergency" down at the hospital, she panicked, jumped in her car, and made a beeline back to work.

On the way, her phone rang yet again, and when she took a look at the number, she realized it was one of her own: The calls were coming from inside the hospital. Meanwhile, other people started calling to complain that the mammal center had been calling them "incessantly," but each time they picked up, they heard nothing on the other line—just silence. Simeone wasn't the only victim.

Confused and presumably a little freaked out, Simeone dialed up the hospital's telephone service provider, Hawaiian Telcom, and a rep told her that a single line in the building was making "a bazillion calls," but he couldn't figure out which one. Simeone crept from room to room looking for the problem phone in question: She checked the office, checked the "viewing room" where they keep an eye on the seals, checked something called the "fish kitchen," but at each turn, she found nothing.

And then, the moment she entered the laboratory, she finally found the villain who had been terrorizing her all day:

That's right: The terrifying, Michael Myers-style monster was really just—in Simeone's words—"A GECKO SITTING ON THE TOUCHSCREEN OF THE PHONE, MAKING CALLS WITH HIS TINY GECKO FEET!!!" The mini Geico mascot, who was not a patient at the hospital, but just a mischievous local reptile, somehow wandered into the place and started tap-dancing all over one of the touch screen phones, though it seems like he forgot to ask if anyone's refrigerator was running or whatever.

Maybe he was just looking to have a little fun. Or maybe he was staging some kind of reptilian uprising, following in the footsteps of the drunk birds and carbo-loading raccoons of this world who, for whatever reason, seem hell-bent on terrorizing humans every chance they get. Either way, Simeone was pretty impressed by the gecko's stunt. She told VICE he wound up getting "promoted to a guest experience specialist"—or, in other words, "we moved him back outside to live on a plant."

Great for him for getting a new "job" or whatever—but if you ask us, he should really consider pursuing a career in the art of crank calling, maybe even start his own YouTube page. He'd give Longmont Potion Castle a run for his money.

This Is the Best Version of ‘A Star Is Born’ Yet

A Banksy Painting ‘Self-Destructed’ After Being Auctioned for $1.1 Million