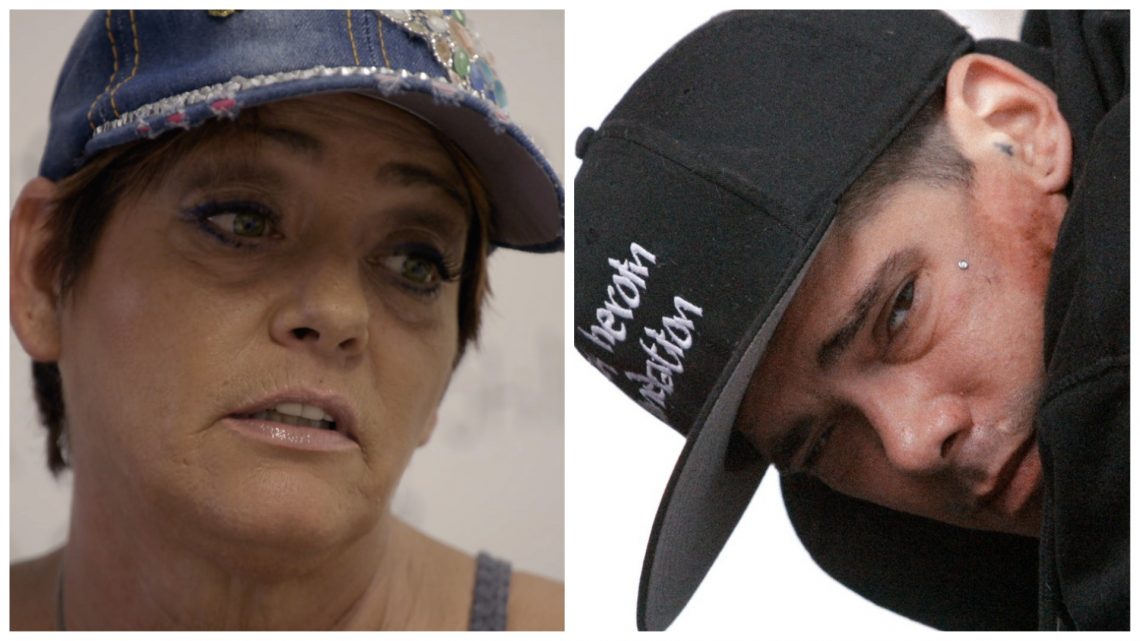 Eighteen years ago, Lesha Cuttaia got a phone call from her son Frankie Holmes on what should have been a normal snowy Thursday night. It wasn’t.

“He wanted to know if I could pick him up,” Cuttaia, who goes by Mama Dukes, told me over the phone. “I thought it was girl problems, because him and I are close.” Instead, her son dropped the bomb that he had a heroin problem and needed help.

“We literally stopped at nine different hospitals on the way home,” she explained. “[Opioid addiction] wasn’t an epidemic at that time, and we were being told that he could quit if he wants, give him Imodium, lock him in a room—just the most absurd answers. Now I have a son who’s going into detox that I know nothing about.”

Soon Cuttaia left her job managing car dealerships to pursue a career in social work so she could help those who, like her son, were stuck in what she called “the hamster wheel” of rehabilitation. Now they both live in South Florida, a sort of ground-zero of the opioid recovery industry—a place where people go to get clean, but often end up on the streets because of lapsed insurance or a lack of space in treatment facilities. The mother-son duo teamed up to create their own activism group, the Fuck Heroin Foundation, to help those in need without bringing hostile, War on Drugs-style attitudes to the table. What started as a Facebook group became a safe haven for families like their own.

Today, Cuttaia’s son Frankie is also co-starring on the VICELAND show Dopesick Nation, a docu-series about the opioid crisis and treatment industry in their area. To learn more about her personal fight, I talked to her about the growing epidemic, the billion-dollar rehabilitation industry’s corruption scandals, and how to support those in your life who are currently struggling with addiction.

VICE: From where you sit, what are some of the biggest issues people with addiction face?
Lesha Cuttaia: The stigma is one of the biggest problems, because not only are they fighting the stigma of being an addict, but there’s also a lot of this inner turmoil going on with themselves. If you’re not doing AA, then you’re not clean. If you’re on Suboxone or Vivitrol, you’re not clean. There’s a lot of judgment if you didn’t choose the same path they chose. I think a lot of that stigma is what causes people to relapse so often. It’s a continuous everyday battle. It’s hard for others who aren’t [in recovery] to understand that. A lot of times family, loved ones, everyone else around them thinks, “Oh they went to treatment, they’re cured.” They don’t realize that they’re fighting that battle every day. So I think that one of the other biggest thing that they face daily is the continuous turmoil of feeling like—let’s say you love candy and you feel like you want that candy every day. And you can’t have it and you know you can’t. The urge doesn’t go away. So many think that the urge goes away.

There’s been a lot of scandal within the treatment industry. What have you learned about that while working so in depth with Frankie?
When I moved to Florida and decided to go into this full time, I believed that anybody helping people had a passion. I believed everybody was good. I just thought everybody was in it for the right reasons. Unfortunately, very shortly into it, it was very eye-opening to realize a lot of the people that were involved in the industry were people who had been part of the timeshare scams that went on. They went from that into the pill mill scams into owning treatment facilities. So there were a lot of people that weren’t into it for the right reasons.

Then, on top of that, I saw a lot of good people that were in it for the right reasons then see the money that could be made. Over the years, we’ve walked away from a lot of places, because you saw the greed set in. From that, of course, you had kids acting like their insurance cards were like an American Express, going in to get comfortable when they wanted to get off the streets and then going back out when they felt like it. Getting paid by other places to go in and actually take good people out with them to another treatment center. Just a lot of lines were getting crossed. People being at meetings, passing out cards, trying to entice kids to go to their treatment center instead. So it became very commercialized.

Then, also having their family believe they’re in treatment and doing really good. So you would have sober-home-owners or managers lying to the family. They’d say, “Yeah, your child is doing extremely well,” when they didn’t even know where they were. Or still billing their insurance when they’re out on a three- or four-day run. But at the same time, there still are a lot of good places. You just have to be asking the right questions before you send your loved ones somewhere.

What are some of those questions?
One of the big ones is what’s the ratio of therapists to the patient? How often are they going to be with the therapist? Because some get out and only see a therapist once over 30 days. A good ratio is five—no more than seven—[patients] to therapists as a caseload. What are some of the groups going to be? What are groups about? Do they touch on PTSD? Do they touch on getting in depth if you’re a cutter? Do they go into that? If you have an eating disorder? What other underlying issues do you have? Are [the therapists] equipped to and able to address all the things you got going on?

Most of all, is your family welcome to be a part of it? Do they do family therapy? Is the therapist willing to include your family over the phone on sessions? The more they are able to and want to involve your family, those are usually your good places. Do they allow couples? Because I’ve never seen a good place that allow couples to come through together. They need to separate. When they get to a sober living level, do they have to pay rent? Sober living is supposed to be reacclimating your social skills and getting back into life, and if you’re not paying rent to live there and you’re not made to go get a job and learn how to juggle your meetings and paying bills and all those things, when you get back to reality, you’re going to fall on your face, because you don’t know how to manage all those things. Those are important questions that I feel you need to ask, as well as what level of degrees do these treatment centers do they hold? What degrees do their therapists have? Is there a doctor on staff or is their doctor somebody that is on staff at a hundred treatment centers just signing off on everything?

How have you seen perceptions of the opioid crisis change over the past few years?
People are definitely becoming aware of it and don’t have their heads in the sand. I don’t think there’s really anybody that hasn’t been affected in one way or another by it, be it they know somebody or they know a family that has someone involved. I think a lot more people in their 50s to 70s are asking a lot more questions wanting to know more about it, but I also feel that you have a lot of negative [attention] with people are on that bandwagon of [people overdosing] shouldn’t be given Narcan, just let them die.

What I’ve seen is a bigger divide instead of so many people over the years that were kind of in the middle, not sure how they felt one way or another. I feel like people have definitely picked one side over the other, where they think [people with addiction] should just die or they’re trying to at least be a part of the solution—or at least get educated.

What advice do you have for people who are just finding out that their child is struggling with addiction?
Don’t beat yourself up trying to figure out what you’ve done wrong, because you’re going to take forever trying to figure that out. Chances are it’s not anything you’ve done wrong. So if you can, stop worrying and concentrating on that and try to be as open with your child as possible. Let them know you don’t judge them. Try to get as educated as you can to understand what it is that they’re truly going through, and that it’s not as simple as them saying they’re going to quit and looking you right in the eye and then 12 hours later they’re using again, because they 100 percent mean what they say when they’re saying it. When that drug starts wearing off and they start going into withdrawal, it’s like a demon has taken over and nothing else matters.

The biggest thing is you’re going to feel like they hate you and they’re putting you through this because they hate you. You can never say or do anything that makes them hate themselves more than they already hate themselves. So love them, learn how to not enable, and keep that door open so they know that you’re there for them no matter what—and that you’re willing to help them get through it.

This interview has been lightly edited and condensed for clarity. Those struggling with addiction or concerned about family or friends or related issues can visit the official federal government SAMHSA National Helpline website for treatment information.