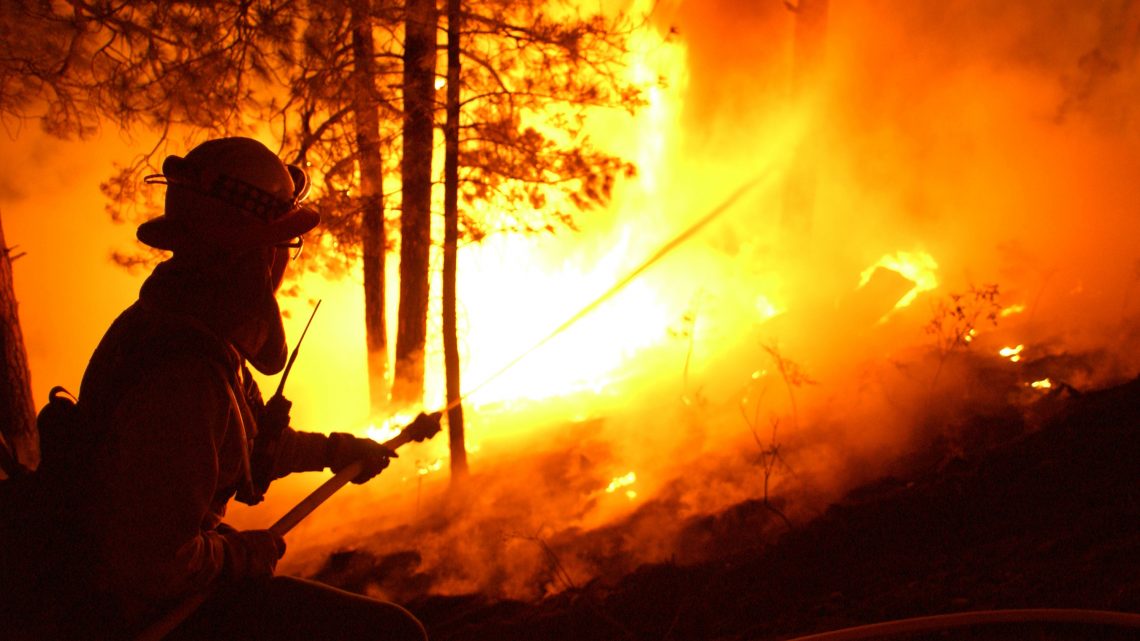 A Border Patrol Agent Started a 47,000-Acre Wildfire with a Gender Reveal Party

Ever since the weird, patently heteronormative wave of gender-reveal videos first hit the internet sometime in the late 2000s, expectant dads have been trying to outdo one another, unveiling the sex of their unborn kids with ever-increasing intensity. Why just bake a cake when you can blast colored dust out of your tailpipes, wrestle alligators, or jump out of airplanes to herald what reproductive organs your children will have?

But no gender reveal stunt has caused quite so much damage as one failed attempt in Arizona last year. According to the Arizona Daily Star, a local border patrol agent tried to announce his baby's sex, and wound up starting a 47,000-acre wildfire that ripped through the state for a week and caused millions of dollars in damage.

In April of 2017, Dennis Dickey, who was off-duty at the time, packed a target with colored powder and Tannerite, a high-grade explosive, and set it up on state land in Madera Canyon, Arizona. With his wife alongside him, he shot the thing with his rifle, sending an explosion of colored dust—pink or blue, we still don't know—into the air. The couple immediately went from celebrating to freaking the fuck out when the explosion ignited the dry Arizona desert landscape around it and spiraled into a massive forest fire.

The blaze quickly tore across the southern region of the state, forcing people to evacuate their homes and ultimately requiring about 80 firefighters to battle it, the Daily Star reports. It only took them a week to put it out, and while it didn't injure anyone, it caused about $8.2 million in the way of damage and the costs to contain it, according to a Department of Justice press release.

Dickey immediately fessed up to starting the blaze, and got slapped with a misdemeanor charge of starting a fire without a permit. On Friday, he pleaded guilty and agreed to pay all $8,188,069 in restitution, though—just like that teen who caused $36 million in damage after starting a massive wildfire in Oregon—it's not clear if he'll ever end up paying the full amount. According to the Daily Star, he'll serve five years of probation and will have to pay the court $500 a month for the next 20 years after an initial $100,000 payment.

"It was a complete accident," Dickey said in court on Friday, according to the Daily Star. "I feel absolutely horrible about it. It was probably one of the worst days of my life."

Let this be a lesson to all the gun-toting, daredevil expectant fathers out there: Just buy some balloons or something and leave the ultra-powerful explosives out of it.