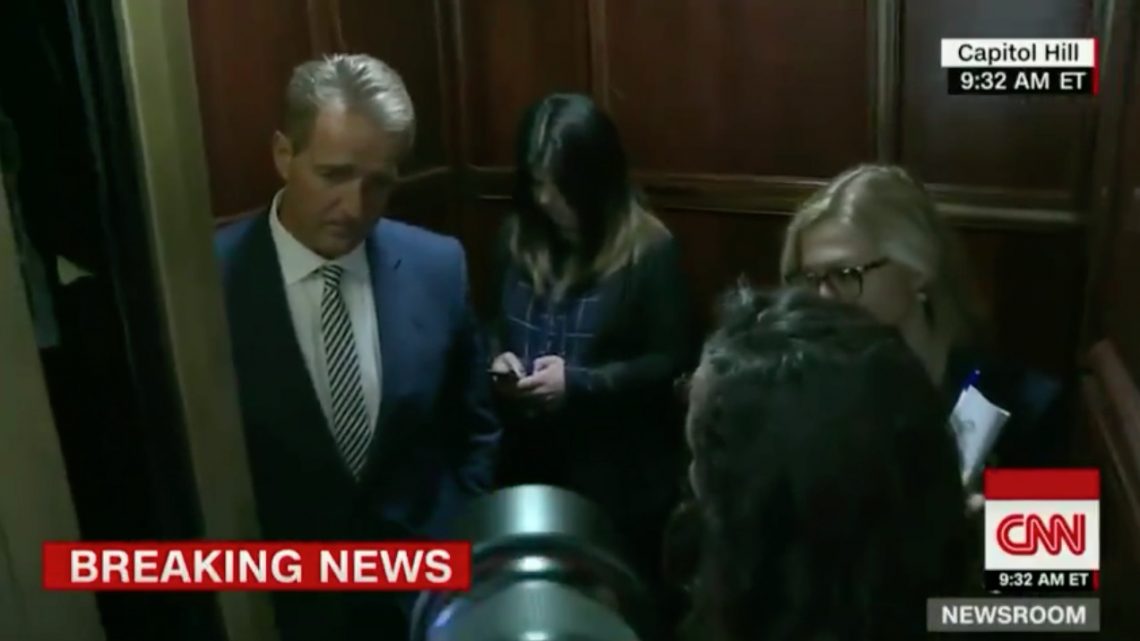 Woman Who Confronted Jeff Flake in the Elevator: ‘I Wanted Him to Feel My Rage’

Just after Republican Jeff Flake indicated plans to vote in favor of Brett Kavanaugh's nomination to the Supreme Court early Friday, two protesters caught him stepping into the elevator on his way to the Senate Judiciary Committee chambers. They blocked the doors, stared him down, and—in an impassioned exchange that's since gone viral—let him know exactly how they felt about his potentially being the decisive vote in favor of a nominee facing multiple accusations of sexual assault.

"On Monday, I stood in front of your office. I told the story of my sexual assault," 39-year-old Ana Maria Archila said. "What you are doing is allowing someone who actually violated a woman to sit on the Supreme Court. This is not tolerable. You have children in your family. Think about them."

A few hours later, Flake still voted to send Kavanaugh's confirmation to the Senate floor, but with a caveat: He asked his Republican colleagues to delay the final confirmation vote by one week to allow for an FBI investigation, signaling he wouldn't back the judge again without one. It was hard not to conclude the two women might have helped sway him at the last minute.

In interviews with the Daily Beast and the New York Times, the two women both spoke out about why they decided to confront the Senator, which Archila summed up in a single sentence: "I wanted him to feel my rage." She told the Times Flake "looked ashamed” and “had a hard time looking us in the face" while she told him about her own sexual assault—one of the first times she's ever spoken about it publicly.

“When the #MeToo movement broke out, I thought about saying it—but I wrote things and deleted it and eventually decided I can’t say, ‘Me too,’” Archila told the paper. “But when Dr. Blasey did it, I forced myself to think about it again."

Gallagher told the Daily Beast that her run-in with Flake "was all kind of a blur": One minute, she was running toward the elevators, and the next she was yelling at the lone swing Senator on the Judiciary Committee to "look at me and tell me that it doesn’t matter what happened to me."

“He wouldn’t meet my eyes,” Gallagher told the outlet. “It made me very angry. He kept saying 'thank you' and 'I’m sorry' and wasn’t taking into account what his actions would be doing to millions of people and what this means for everyone."

It's impossible to say for sure, but it looks like Gallagher and Archila could have played a part in putting Kavanaugh's confirmation in jeopardy—or at least delaying it. After another Republican Senator threw her support behind Flake on Friday, GOP leaders agreed to reopen the FBI's background investigation into Kavanaugh.