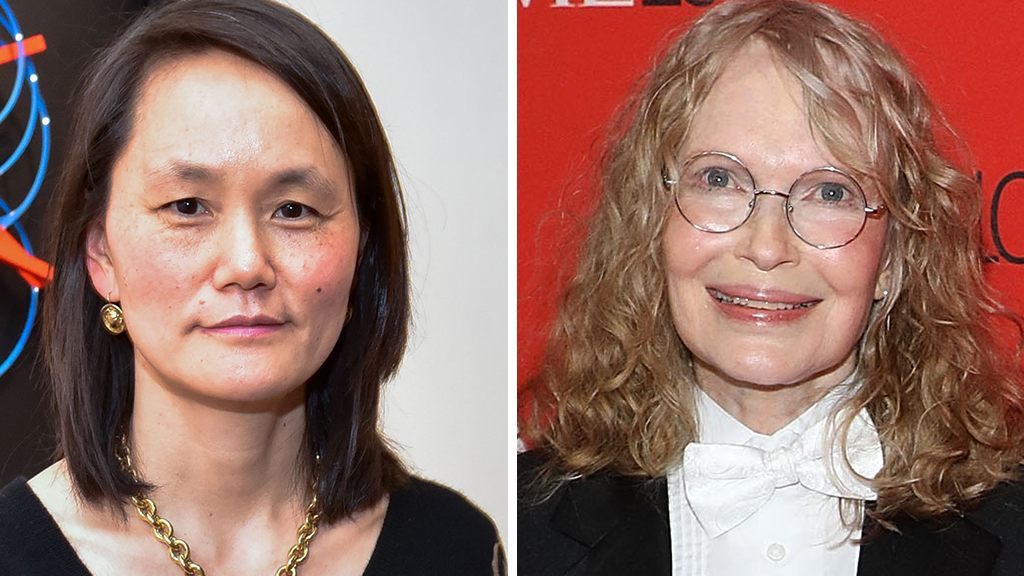 On Sunday, New York Magazine published a heavily criticized interview with Soon-Yi Previn, the adopted daughter of Woody Allen’s former girlfriend Mia Farrow. Previn was only ten years old when she and Allen first met—though her age and date of birth aren’t confirmed, but estimated via bone scan. She controversially became Allen’s wife following an affair at age 21. Until now, Previn had chosen to remain mostly silent throughout the allegations of molestation made against Allen by his adopted daughter Dylan Farrow, and his subsequent fall from grace as multiple allegations of sexually inappropriate behavior towards underage girls came to light.

The revelations in Daphne Merkin’s piece aren’t particularly new, though they’re lacerating in their specificity. In it Mia Farrow is painted as an abusive mother, one who would slap Previn across the face and call her moronic, and who treated her as a “domestic” who did chores and cared for the other children. It also reifies the claim that Dylan Farrow's allegations were orchestrated as an opportunistic act of revenge, nakedly bolstering the notion that Woody Allen is a victim. “But what’s happened to Woody is so upsetting, so unjust,” Previn told Merkin, “[Mia] has taken advantage of the #MeToo movement and paraded Dylan as a victim. And a whole new generation is hearing about it when they shouldn’t.”

So, this is a new kind of anti-#MeToo piece, one that weaponizes the plea to give female victims of abuse the microphone. It’s not journalist John Hockenberry likening himself to Lolita—an entirely absurd comparison, not least of which because Lolita was a young, sexually assaulted girl and Hockenberry an accused harasser—or broadcaster Jian Ghomeshi being granted a New York Review of Books cover story after he allegedly punched women without their consent, choked them until they nearly passed out, and verbally abused them during and after sex and faced minimal professional (or legal) consequences for his actions.

The New York story distinguishes itself by being framed around Previn’s victimization, preemptively inoculated against being a man’s “My Year of Being Held Responsible for My Own Behavior” personal essay, a phrase the New Yorker's Jia Tolentino has coined. But Previn’s interviews become just another layer, another conceit that rehabilitates the image of a disgraced man by romanticizing his relationship and vilifying Mia Farrow as an abuser. It's even penned by a friend of Allen's of more than 40 years—and the bias is apparent.

Indulgent exposition curates the image of Previn and Allen as an unusual but nonetheless idyllic couple. They tease and engage in gregarious banter, like Previn correcting his posture. Merkin describes them holding hands and Allen ruffling Previn’s hair, and the two being forced to sneak away from paparazzi by way of penthouse roof walks. It all has the deeply discomfiting shellack of a romantic comedy. Their initial meeting is even framed as a couple’s “meet cute”—complete with portraits of each of them misinterpreting the other’s lack of interest—without ever delving into the imbalance of power between a man who takes interest in one of his wife's daughters. Merkin takes care to cast Previn as “tough” and independent, though Allen is the one who pursued her: “I wasn’t the one who went after Woody — where would I get the nerve? He pursued me. That’s why the relationship has worked: I felt valued. It’s quite flattering for me. He’s usually a meek person, and he took a big leap.”

Previn and Allen’s relationship is called “disconcerting,” and a “virtual case of incest,” but is quickly addressed by Previn clarifying André Previn is her father (never Allen). “[Allen] was my mother’s boyfriend,” Previn told New York, as if that’s the necessary layer of abstraction to absolve the toxicities of a relationship between a young woman who was allegedly physically and psychologically abused (as per Merkin’s reporting), and one of the first authority figures to treat her with kindness.

The piece continually smears Farrow as a method of exonerating Allen. Allen’s predilection for the “eroticized daughter” is quickly and uncomfortably skirted by shifting the attention to Farrow's reaction: “Certainly Farrow established the grounds for that interpretation by first using the word rape for what went on between Allen and Previn. That idea was heightened by the Dylan allegations, which set up a scenario in which Allen could be seen as harboring pedophilic inclinations.” It’s written as if these transgressions happened to Allen—rather than being events of his own causing. (In just a few sentences, the piece shifts back to a conversation of Previn and Allen's marriage and being “madly in love.”)

Previn's initial contact with Allen is even framed around her discomfort with Farrow—Previn warms up to Allen after he takes her to the doctor for a broken leg, because “it was not in [Previn’s] vocabulary to call [Farrow] for help ever.” Farrow’s alleged obsession with newborn Ronan is used to rationalize the idea that Allen was lonely and deserving of companionship, forming the scaffolding for Previn to take Farrow's place. “She was obsessed with him, completely obsessed,” Previn told New York. “She was never able to love more than one person at a time, I guess, so all her focus when Satchel [Ronan] came went to him.” Previn’s interviews eventually attempt to equivocate Mia Farrow’s “obsession” with Ronan Farrow with Allen’s alleged molestation of Dylan Farrow.

Like these new anti-#MeToo stories, it’s all very tiring: The re-centering of the abuser as deserving of sympathy, the way his marriage with his daughter is so normalized as to be forgotten by the end, and the way Dylan Farrow is treated as what Megan Garber at The Atlantic would call a “secondly”—the victim who is somehow always secondary in the story about their own abuse.

And this is not to say that Farrow's alleged abuses aren't serious or that they're acceptable. In 1992, Vanity Fair confirmed that Farrow did slap Previn "several times over" after finding the nude Polaroids, and that she sent Allen a family photo with toothpicks driven through everyone's heart on Valentine's Day. We may never know whether Previn's new accusations are true—so much of the story boils down to “he said, she said,” and we aren’t given any additional eyewitness testimonies. (Ronan Farrow released a statement reifying Mia Farrow as a “devoted mom,” and Dylan Farrow released one on behalf of her siblings, rejecting “any effort to deflect from Dylan’s allegation by trying to vilify our mom.”) But confirming Previn's accounts of Farrow’s abuses does not absolve the power imbalance of Allen's relationship or his predatory behavior.

The piece ultimately pits two accounts of the same story into a zero-sum game, reducing a movement that has empowered thousands of women to speak out against their aggressors into a domestic smear campaign in a bid to rehabilitate a man who, like so many of his ilk, has yet to face serious consequences for his alleged actions. No one wins.