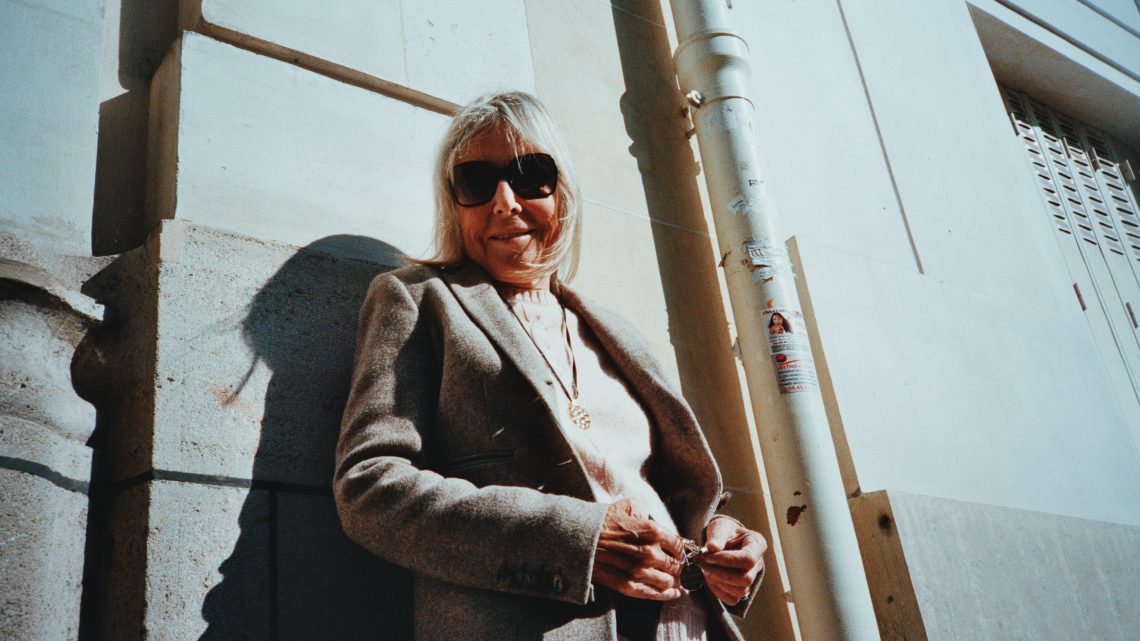 Meet the Woman Who’s Picked Her Own Death Date

Two weeks ago, Jacqueline Jencquel went public with her decision to end her life in January, 2020. The 75-year-old isn't terminally ill or particularly frail—she just wants the freedom to die on her own terms before she's too old and "screaming in pain."

In 2016, the French government passed a law that allows doctors to sedate terminally ill patients until death. Jancquel wants the government to go further by giving 75 and overs the right to choose to die even when they're not terminally ill.

It's an issue she has campaigned over for decades, as the vice president of the pro-assisted suicide organization ADMD, and a member of the Swiss right-to-die campaign group Exit.

I spoke to Jencquel to better understand why she believes the elderly should be able to pick their own death date and what it is she thinks most people don't understand about death.

VICE: Hey, Ms. Jencquel. You've planned your death for January, 2020. But I think what makes it shocking is that you're not sick—you still have many years left, don't you?
Jencquel: First of all, why are you so formal with me? Is it because I'm old? You can call me by my first name. I've got a boyfriend your age, you know. What bugs me about your question is that you say I look well and you say that I'm not suffering, but how can you know that? You're not 75. You can't know what it's like to be my age and hurt everywhere. I can't run the way I did before, I get tired more easily, and I have all these pinched vertebrae. My gestures are less sharp, I've got osteoporosis, and look, I've got the shakes. You can't see it, but I promise you, I'm shaking.

What really surprises people is that I'm not dying. In France, to get the right to die, you have to be on your very last legs and screaming in pain. We enacted the Léonetti law in 2005. This law was extended in 2016 to allow terminally ill people to be put to sleep with sedatives—to cut short their suffering before death. But it doesn't go far enough. It's a way of not really dealing with the end of life. The idea is to suffer first, then we'll help you bear it until your body just quits.

With this, how are your loved ones meant to handle your slow approach toward death? How are you supposed to handle it yourself? Personally, I have no interest in ever getting to that point. I don't want someone else deciding for me whether I'm ready to die or not. I'm not a child anymore—I know what I want.

It seems you're most afraid of getting older.
Of course I am! Aren't you? I thought I was old when I turned 30. And even if you're wealthy, why would you want to be a burden on your children and make them feel guilty all the time? I have two sons who live abroad—one in Bali, and the other in Berlin. They're super nice to me, but they have their own lives, with jobs and kids to raise. I don't want them to end up having to employ a nurse to look after me and chat with me with that fake cheeriness exclusively reserved for old people. You know: Soooo, did we sleep well last night? Did we poop today?

It's better to laugh at it all, really. Honestly, I'm all for making dying less dramatic. It's just part of life, after all. It's religion that's made life this sacred thing, and made death into this supreme taboo. But let's face it: We are all here by chance thanks to one dick thrust that was just a little more vigorous than the rest.

You say all that, but right now your life seems pretty fun. You have a boyfriend 30 years younger than you, you're comfortable, you're athletic, you travel, you have three grandchildren you love. Why would you want to end it all, when life has been so good to you?
Because, inevitably, there will come a day when I won't be able to live the life I want anymore. I don't want to wait until I'm senile, in diapers, and in a wheelchair, to address the issue of leaving this life with dignity. Yes, as far as most people are concerned, I'm lucky. And, I still have so many good years ahead of me. But I hate those clichés. Who are other people to judge me? None of them are in my body or in my head.

If you ask me, age is an incurable illness in and of itself—and it's always fatal. Take me: I look well because I maintain myself. I'm thin because I go to the gym. Ten years ago, I had a facelift so my chin wouldn't droop. I did hormone therapy during menopause so I wouldn't come out the other side looking like some old guy. Sure, I was able to go paragliding this summer, and yet I know that soon, I won't be able to that anymore. I love riding my scooter with my guy, but I'm going to have to quit soon because it fucks up my back.

And that's not even considering all the little daily miseries. I can't get drunk anymore because after a couple of glasses, I get a huge headache. Same for eating—I can't eat whatever I want anymore. My digestion is bad, and afterward, I can't sleep well. Once I got up in the middle of the night to pee and I walked right into a door. It might not sound like much of anything to you, but I cut my head open, so I had to call an ambulance. My sons went crazy worrying. Next time I fall, will I be able to get back up? And what happens if I faint? They'll find me three days later, dehydrated or dead, choked on my own vomit.

At a certain point, life isn't life anymore. Ultimately, what is left? Fucking? Even that gets complicated.

Are you not afraid of what people might think of you?
I honestly couldn't care less. I've been thinking about this issue for more than 30 years. In 2006, when I was living in Venezuela, I created my own organization for end-of-life self-determination. The issues around suffering and death are always on my mind. My grandmother died at 38, suffering horribly from an untreated case of breast cancer. That was in 1930, under Stalin, and there were no sedatives to ease her pain. My mother was eight years old and she never forgot her mother's terrifying screams, begging her husband to finish her off.

Immediately after, my grandfather fled the repression against Russian intellectuals and fled to China, where I was born. When I was little, in Saigon, I'd watch the soldiers march by, maimed by the Indochinese war. I'd hear people talk about how they had been saved, but I always thought to myself that the soldiers were better off dead.

Later on, my mother fought pancreatic cancer for three years. The surgeon wanted to operate when she was 74! I forced my way into the doctor's office to demand that he stop the operation. Then I took mom back home so she could see out her final days in peace. Later still, my father was stricken with Alzheimer's—a terrible disease. I was with him until the end as well. So as you can see, I've looked death in the face many times.

So you're not worried that assisted suicide will be exploited?
That's ridiculous. Euthanasia has been legal in the Netherlands since 2001, in Belgium since 2002, and it's not as if there's been a wave of assisted suicides. A few hundred cases every year, at most.

What we're proposing is to help people depart while they're still of sound mind. But this argument escapes most people because it forces them to look at life in terms of its end, and that's not how we're programmed.

How to Smoke Weed Out of an Oil Lantern