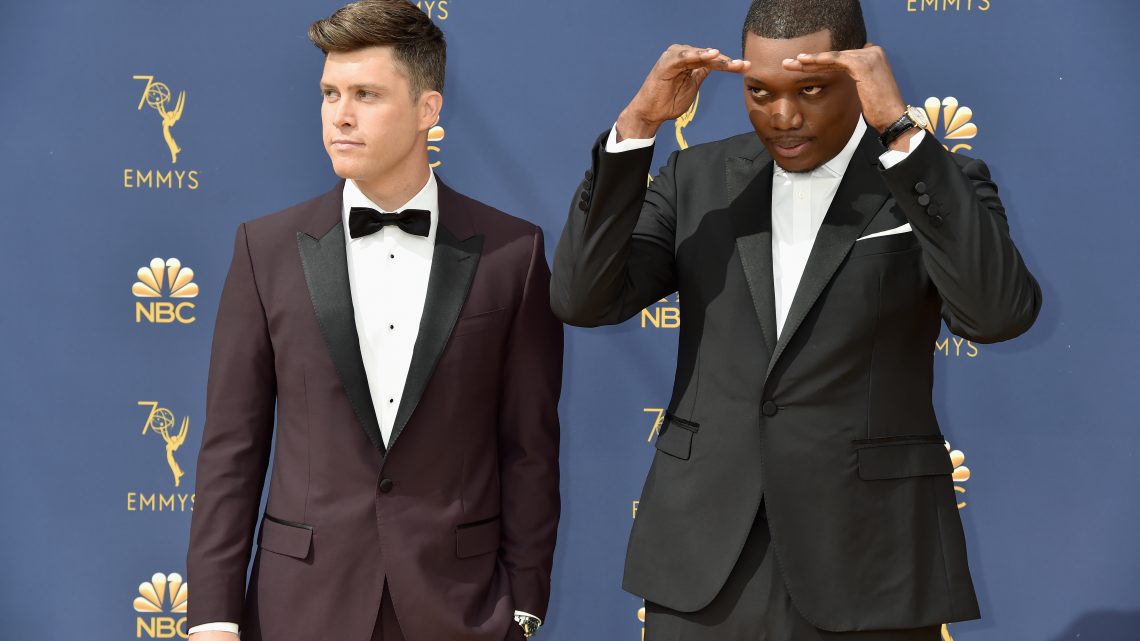 The 70th Primetime Emmy Awards had an awkward dissonance between its lip service to diversity and the noticeable lack of diversity in the night’s winners. That fact was underscored by The Marvelous Mrs. Maisel’s overwhelming sweep, taking home eight Emmys and seemingly cementing itself as a new Hollywood favorite. The Amazon comedy focuses on the life of an upper class white woman in 1950s New York, but recast with a political awakening sub-plot fit for “progressive” times. The night’s big snubs included Atlanta’s 13 losses, with Donald Glover losing all three of his nominations, Issa Rae losing best lead actress in a comedy series to Maisel star Rachel Brosnahan, and Sandra Oh losing best lead actress in a drama series though her win would have broken important ground for Emmy diversity.

Co-host Michael Che joked in the opening monologue that he was asked to behave “black-ish” at the ceremony, and he made an attempt to push those limits with a sketch in which he handed out “reparation Emmys” to influential Black actors and actresses that haven’t gotten their due recognition. The sketch of course felt too real to be funny at times considering Che was needling an establishment that frustratingly denied people of color real awards in the same show. Still, daydreaming of more talented people that should win Emmys for their past contributions is too tempting to ignore. The list could have gone on forever, so we just picked 10 actors who deserve one of Che’s reparation Emmys. Please excuse my ‘90s baby favoritism.

While Harry won an Emmy in 1987 for her supporting role as Sandra Clark in the series 227 , and Sister Sister received four nods for lighting direction, TV’s most hilarious and messy young mom deserves a second Best Supporting Actress crown.

Natasha Rothwell, Outstanding Supporting Actress in a Comedy Series for her role as Kelli on Insecure

We know the Emmys loves to sleep on Insecure so this W would be hard to imagine actually happening, even if Rothwell is consistently one the funniest performers on the series. But what better time to shoutout fan-favorite superstar than now, eh?

Will Smith, Outstanding Lead Actor in a Comedy Series for playing Will on The Fresh Prince of Bel Air.

The show got one Emmy nomination in 1996 for lighting direction (Why does that keep coming up?), and our west Philly native didn’t end up taking home the Golden Globe for the role when he was nominated in 1993 or 1994. Considering how hugely popular The Fresh Prince of Bel-Air was when it aired, its cultural impact then (and now), and what a fantastic multi-layered performance Smith dropped on that show, it’s genuinely shocking he never received a single Emmy nod. Why don’t we all just hit a quick running man in his honor?

The show was nominated in 1995 and 1996 for (you guessed it) lighting direction, but was heavily nominated at the 1996-1998 NAACP Image awards. And it inspired the all-white sitcom Friends which got 62 nods and six wins during its run. Erica Alexander really got the people going with her animated performance of a feminist, high-powered lawyer, often stealing the show. Luckily, there’s now an oral history of Living Single and its influence following the 25th anniversary.

A blueprint for Insecure, Girlfriends received even fewer nominations than its predecessor for its eight-year run, with one nod in 2003 for cinematography.

Tyra Banks, Outstanding Host of a Reality or Reality Competition Program on America’s Next Top Model

Banks practically birthed the Instagram model generation, teaching us all how to smize, take underwater photos, and stretch our necks like giraffes for these selfies. She gave us the energy and lessons we didn’t even know we needed, and her outbursts have taken on a second life as go-to gifs. It’s truly the gif(t) that keeps on giving.

Oh Whitley. What would the show have been without you? Che gave an entertaining nod to her on-screen boyfriend Dwayne Wayne, played by Kadeem Hardison, but it’s only right to add Guy too. She carried many-a-scene with her exaggerated, out-of-the-box southern belle persona. As a spinoff of the frequently-nominated Cosby Show, A Different World was nominated three times in its run but never saw gold.

Maybe my fond memories of her are mostly her aesthetics and the theme song, but those looks helped make room for characters that more realistically resembled the trends of the time and still serve as a reference point today.

Flex Alexander, Outstanding Supporting Role in a Comedy Series as Flex Washington in One on One

Okay perhaps I’m half-kidding about this one, but has anyone ever demonstrated hot, fun, single-dad goals like Flex?

Shout out to Penny Proud for being the OG unapologetic sis and princess of childhood angst, mischief, and self-respect. And of course the rest of the iconic family held their own as well. It could have also gotten best theme song for its early Solange Knowles R&B bop. Sure, this was a golden age of cartoons so competition was tough. At least As Told by Ginger was nominated in 2003, but damn y’all.

Will the Senate Avoid the Horrible Mistakes of the Anita Hill Hearing?