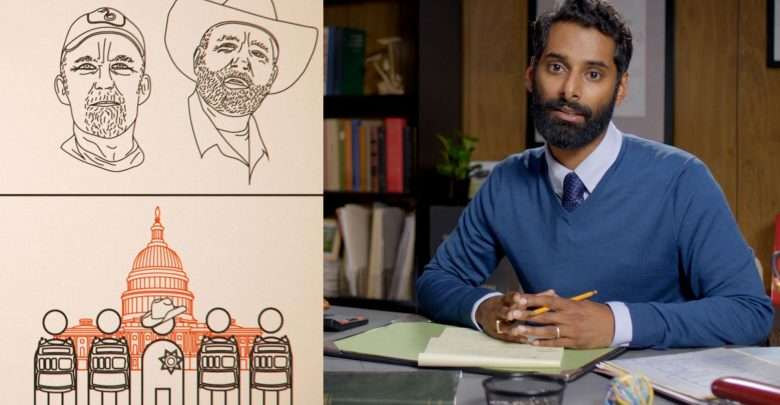 You Can’t Talk About Guns Without Talking About Race

In the weeks following the school shooting at Marjory Stoneman Douglas High in Parkland, Florida last winter, something remarkable happened: Florida lawmakers delivered a bill to Governor Rick Scott that raised the age of firearm purchases to 21 and increased funding for mental health services, among other changes. The bill, the "Marjory Stoneman Douglas High School Safety Act," marked the rare occasion when an episode of horrific gun violence resulted in direct and relatively speedy legislative action.

Even more remarkable was that it happened in Florida, a state that has been the crucible for so-called “Stand Your Ground” laws and other policies that embody the NRA’s vision of gun culture in the US. In the wake of the Parkland tragedy, the March for Our Lives movement that arose from it has given the gun debate a new significance, precisely because it shows that the voices of young people can result in direct political change.

The gun debate is incredibly complex and too often cast in black and white when, in reality, the political interests and opinions that drive the discussion tend to land in the gray. So I've been posting video thought-starters as part of a series called Maybe I'm Wrong that outline my stances on certain elements of the gun debate. I don’t believe I’m 100 percent right about anything, and I’m curious to see what you guys think might be flawed or biased or straight-up wrong with my POV.

On Tuesday, September 18, I’ll be hosting a live discussion between advocates on both sides of this issue to continue the work of elevating young people’s voices and forcing elected officials to pay attention.

Our final thought-starter explores how owning a gun is an inherently political act, which in America means it's inevitably tied into views on race.

While gun-rights activists often frame firearm ownership as an issue of personal protection, the history of guns and gun control in America tells a different story. Guns equip private citizens with political power over authorities that might otherwise feel freer to constrain their actions. It’s an only somewhat uniquely American concept, born from the founders' disdain for monarchs and tyranny.

That spirit has persisted in modern times, occasionally finding a target in the alleged tyranny of Americans' own federal government. Take Cliven Bundy, the right-wing Nevada rancher who faced a $1 million fine in 2014 for willfully flouting federal law and who successfully repelled the government by amassing what amounted to a very well-armed militia. He later spent two years in jail until charges against him—and his sons—were dropped earlier this year after repeated prosecutorial mishaps by the feds ranging from a not-guilty verdict to a mistrial. His status as a fringe folk hero had long been secured.

In August 2017, armed hordes of militiamen came out to the deadly Charlottesville Unite the Right rally, some presenting themselves as mere peacekeepers rather than fellow travelers on the far right. But they probably just served to complicate the police response to what amounted to vicious fighting between white supremacists and counter-protestors over a confederate statue. Meanwhile, the statue at issue is still standing, and while it’s tied up in litigation over whether removing it would violate state law, it’s hard not to conclude the precedent of people wielding guns in its defense helped protect it.

Of course, as with most things in America, owning and using a gun for political purposes is perceived very differently if you're a person of color.

When the Black Panthers began advocating for black gun ownership and carrying weapons openly as a political symbol for African-American empowerment and protection against the state, California lawmakers passed the Mulford Act. The 1967 law barred open carry of loaded guns. Believe it or not, the National Rifle Association—which in recent years has led the charge for open carry—supported this gun-control law. More recently, after the 2016 killing of Philando Castile, a black gun owner, the NRA declined to voice outrage that a police officer had killed a man while he was legally in possession of a licensed firearm. While Spokeswoman Dana Loesch eventually called the fatal shooting and attendant not-guilty verdict for the officer in question "a terrible tragedy," she also suggested Castile's possession of a small amount of pot may have been a legitimate factor in the outcome. (The response from the right—including Loesch—to the more recent killing of Botham Shem Jean has been more nuanced.)

Still, black gun-owners haven’t kept silent. A slew of new organizations of African-American gun owners and enthusiasts have popped up in the past several years amidst concerns about surging hate crimes and ever-present anger about police killings of black Americans.

Maybe I’m wrong, but no matter where you stand on their effectiveness as tools for safety, guns are an expression of political power—not mere machines. And when you consider the sorry state of the gun debate today, it’s hard to conclude race isn’t as big a factor as the Second Amendment or public safety or anything else.