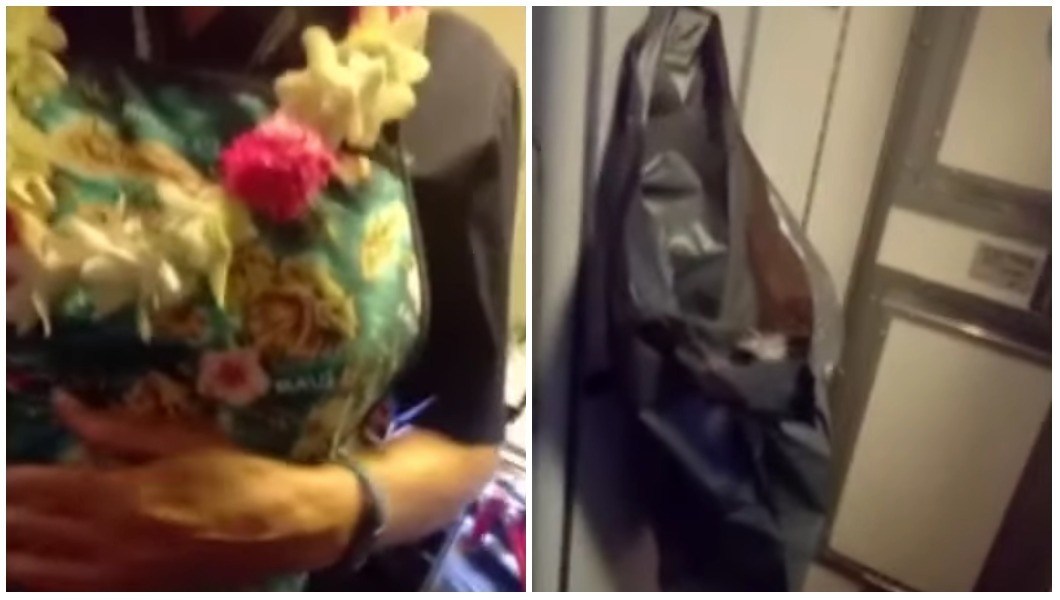 Last Friday, a woman on an American Airlines flight from Phoenix to Hawaii got up to go to the bathroom and was faced with a dilemma most people only deal with on poorly planned road trips or out on the deep playa at Burning Man. When she made it to the front of the plane, a flight attendant calmly told her that if she wanted to pee, she'd have to do so in a trash bag.

"What do you mean I have to pee in a bag?" the woman asked, capturing the bizarre request on video.

Apparently partway through the roughly six-hour flight, the American Airlines plane suffered a serious plumbing issue after some idiot tried to flush a diaper down the toilet, NBC affiliate KPNX reports. With the toilets filled to the brim with human waste, the flight crew directed passengers to relieve themselves in what they had available—trash bags and empty bottles.

“I know, it’s horrible," the flight attendant says in the video. "And guys are going in bottles."

It's not clear if the woman in the video was ultimately forced to comply with the DIY port-a-potty situation, but she later told KPNX how disgusting and unsanitary the issue became for everyone onboard

“You could see the passengers looking at each other in disbelief," the passenger who recorded the video told KPNX after the flight from hell. "There was one lady who, unfortunately, she had a toddler that needed to use the restroom, and same thing. She was told she had to use a bag. She opened the door to the toilet, and the grimace on her face… you could tell she was going to get sick to her stomach because of the sight and the smell."

American later apologized for making passengers suffer through the, uh, shitty flight, saying in a statement that the bathrooms were "working properly prior to departure," but because the flight was presumably over the ocean at the time, it "continued to its intended destination," despite the problem.

"We are very sorry for the trouble this caused the 187 passengers on flight 663," the airline wrote in a statement. "Our customer relations team will be reaching out to all of the passengers on this flight to extend our apologies."

In the end, the woman turned down the $240 in vouchers and 17,500 miles the airline offered her for her trouble, because no amount of money can really make up for the sheer horror that is witnessing strangers pass around a trash bag filled with human waste on a cramped flight. Still, some people don't really seem so bothered by the idea—just ask the guy who pissed all over the seat in front of him on a recent flight.

I Wrecked That ‘Rick and Morty’ Bar with GWAR