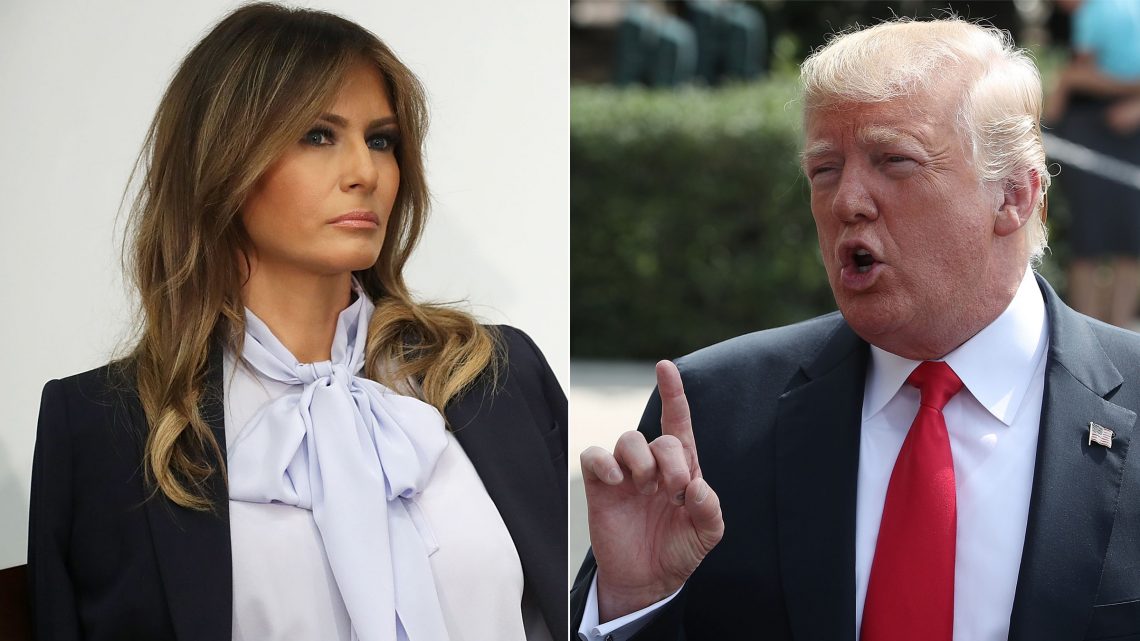 Despite Everything, Melania’s Anti-Cyberbullying Campaign Is Still Going

Without context, Melania Trump’s “Be Best” anti-cyberbullying campaign seems like a standard cause for a First Lady to champion. Per tradition, the First Lady advocates for an uncontroversial social issue during her time in the White House, often focused on bettering the lives of the nation’s youth. Nancy Reagan led the “Just Say No” anti-drug campaign and Michelle Obama helmed “Let’s Move!” to combat childhood obesity. But those initiatives also fit in with the vibe of the first couple more broadly—Ronald Reagan was an old-school drug warrior, and Barack Obama was so health-conscious his diet infamously included precisely seven almonds each night. Donald Trump, on the other hand, is the country's most infamous cyberbully. It’d be like if Helen, wife of William Howard Taft—the fattest president in US history—led a campaign to fight obesity among middle-aged men with hefty mustaches, or if Hillary Clinton crusaded against improper sexual relationships between bosses and their interns.

“Social media is an inevitable part of our children’s daily lives,” Melania said at a cyberbullying prevention summit on Monday. “It can be used in many positive ways, but can also be destructive and harmful when used incorrectly.” And if anyone knows about the darkness of the internet, it’s the wife of the most “destructive and harmful” guy using social media today.

Melania didn’t have to choose cyberbullying as her pet project. Considering how utterly noxious her husband is, though, it's not easy to think of something that wouldn’t elicit accusations of hypocrisy—crusading for any positive societal change would probably go against the president's platform or proclivities. He thinks exercise is bad, is a notorious liar, cheated on his wives, hates dogs, and enthusiastically against taking measures to protect the Earth from human annihilation. Since Donald Trump appropriated Reagan's "Let's Make America Great Again," Melania could have similarly removed the first word of Nancy's First Lady anti-drug initiative, and gone with a simple, "Say No." (Drugs are about the only bad habit her husband hasn't tried out.) Or considering her penchant for plagiarizing Michelle Obama, she could've just rebranded the fight against childhood obesity as her own. (It is important to note that, naturally, the Be Best guide to “Talking with Kids About Being Online” was first published by the Federal Trade Commission under Obama.)

It's not like Melania is oblivious to the irony of her anti-cyberbullying agenda. “She is aware of the criticism, but it will not deter her from doing what she feels is right,” Stephanie Grisham, her communications director, said in March.

“I am well aware that people are skeptical of me discussing this topic,” the First Lady herself noted at another cyberbullying panel in March. “I have been criticized for my commitment to tackling this issue, and I know that will continue. But it will not stop me from doing what I know is right. I am here with one goal: helping children and our next generation.”

In a Vanity Fair article about Melania's marriage to Donald, Republican strategist Cheri Jacobus theorized that she chose cyberbullying for personal reasons. “The only action Melania Trump has taken in regard to cyberbullying is in regard to herself,” Jacobus said, referring to her lawsuits against a blogger who claimed that she once worked as an escort, and against the Daily Mail for reporting on those claims.

Perhaps "Be Best" isn't some jab at her husband, or even a principled stand against the rising tide of toxicity on social media, but rather a plea to the press and her other antagonists to leave her the fuck alone.

Of course, if she wants the press to focus their attention elsewhere, going on a public anti-cyberbullying crusade—which naturally elicits headlines like "As The President Tweets Attacks, Melania Trump Speaks Out Against Cyberbullying"—probably isn't the way to go. But then again, we're talking about a woman who literally wore a jacket that said "I REALLY DON'T CARE DO U?" on a trip to a detention center for undocumented immigrant children. She is perhaps the most passive-aggressive First Lady we've ever had.

It’s the Debt Cycle (And Other Things)