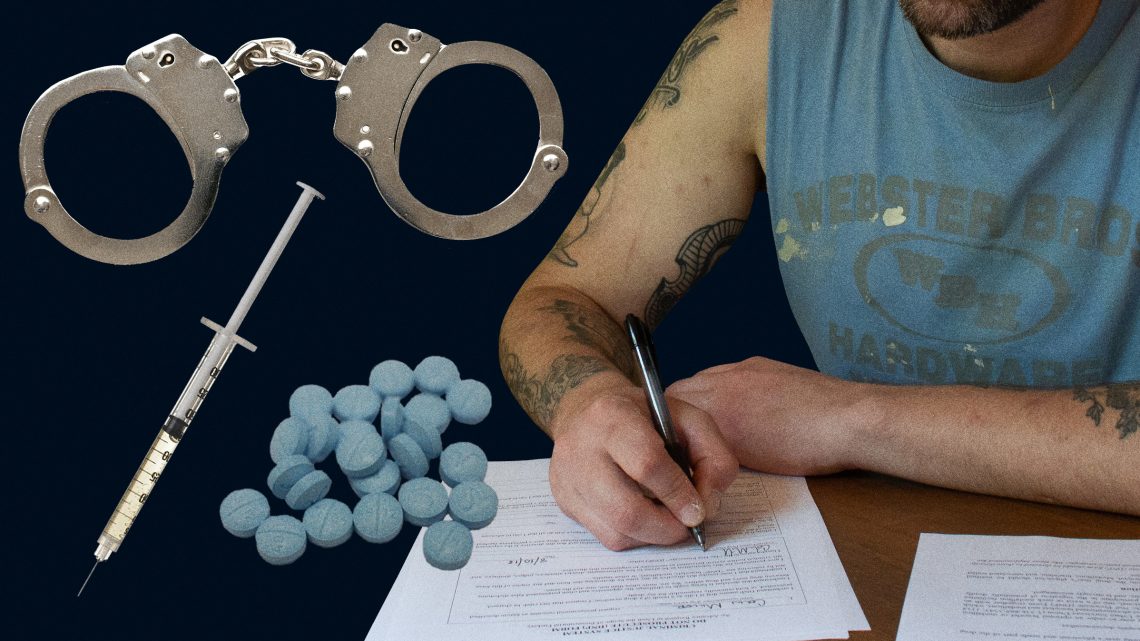 On or before August 31, dozens of Americans are expected to sign a document intended to be part of their last will and testament. Like most of us, they don’t want to die any time soon. However, because they have a history of opioid misuse—past or present—they face a real risk of overdose. And they don’t want anyone to be charged with murder for providing their drugs, should they accidentally meet this fate.

Unfortunately, as overdose deaths have increased in America in recent years, so has the desire to avenge them by prosecuting friends, family members and others for what’s become known as “drug induced homicide.” A May investigation by the New York Times found that there had been over 1,000 such prosecutions since 2015 in just 15 states—and that they almost doubled between 2015 and 2017 alone.

These cases often involve charges against fellow users who were present at an overdose or people with whom the deceased purchase drugs. A tiny minority of such cases, like this one, involve dealers slightly above street level. But many of the defendants are people with their own addictions, most of whom barely get by, let alone make kingpin-level profits.

To these prosecutions, the members of a coalition of people who use drugs called the Urban Survivors Union want to say collectively, “Not in our name.”

And International Overdose Awareness Day, which started in 2001 in Australia and now includes hundreds of events around the world, seemed as good a time as any to declare their intent in what they're calling the Last Will and Testament Initiative.

“The idea originated with drug users sitting around talking, saying, ‘I love my friends and I love the people I hang out with and I don’t want anybody going to jail because of my behavior... How can I make sure this doesn’t happen?’” said Louise Vincent, executive director of the USU in North Carolina. She noted that people rarely see drug users as caring about anything or anyone—and hopes this project will help debunk that stereotype.

Vincent, who lost her daughter, Selena, to an overdose in 2016, has her own history of opioid addiction. When they started discussing the idea, Colin Miller, co-founder of the Twin Cities Harm Reduction Collective in Winston-Salem, North Carolina, noted there were other sorts of advanced directives, such as the “Do Not Resuscitate” (DNR) documents signed by people who don’t want aggressive end-of-life care. He half-jokingly suggested calling their planned document a DNP, for “Do Not Prosecute.”

Jess Tilley, head of the New England Users Union, recalled broaching the prospect with Vincent and with the members of her own group, which is based in Massachusetts. She said, “They’re so excited about it. They agree across the board that they don’t want anyone charged with their death and they like the idea of advocating for themselves and speaking to others.”

Tilley, who said she began using heroin when she was 15, was optimistic the project might humanize people who use and sell drugs. “There’s this idea that drug users don’t care about their health, lives, or family—and on the flip side, we’re taught that drug dealers are all murderers and don’t care about their customers," she told me. As part of her work, she distributes strips that can detect fentanyl in heroin or other drugs, and she noted that many who take the test strips are sellers. "They’re scared and they don’t want to kill anyone," she said.

Added Miller, “When I purchase something that I intend to use to get intoxicated, I understand that there is risk involved. But the risk is not because [dealers] have ill-intent or are trying to harm people—the risk is so great because we’re talking about an unregulated market.”

Or as a commenter in recovery put it on the New York Times website in reaction to their investigation, “A large part of recovery is accountability. Being responsible for my own actions UNLESS it kills me is ridiculous.”

As they gravitated toward a plan to oppose their own dealers being singled out, activists quickly realized they could not create an official, legally-binding document because prosecutorial decisions are ultimately up to the state. But they thought they might be able to influence those decisions, just as the wishes of families of murder victims are often taken into account in making cases and in issuing prison sentences.

“There’s definitely symbolic value to people clearly stating their preferences that their untimely passing mustn’t be used as an excuse for the criminal justice system to devastate the life of another,” said Leo Beletsky, associate professor of law and health sciences at Northeastern University. He added that he doesn’t know how much influence such a document would have on prosecutors, and that some have certainly gone forward in making cases despite the wishes of families.

“I would be uncomfortable in honoring a will that says, ‘Whatever happens, if I overdose, I don’t want anyone prosecuted,” said Joshua Marquis, who has been the district attorney for Clatsop County in Oregon since 1994 and frequently speaks with prosecutors across the country as a board member of the National District Attorneys Association.

However, he added, “It would depend on the circumstances, and some consideration would be given to the wishes of the next of kin.” Loved ones, of course, might be much more likely to be influenced by these documents, so the effects could be indirect.

The organizers of the project are well aware of the power of family members and have enlisted the support of Families for Sensible Drug Policy, an organization that includes those concerned about overdose—some of whom have lost children themselves. For her part, Vincent wouldn’t have wanted a fellow drug user charged in her daughter’s death, even if she does understand the impulse.

“I spent a lot of time thinking about: What we are giving to people with this document?” she said, explaining that she thinks it could help parents reduce misdirected anger and blame. “Even with Selena, when I was talking with her boyfriend, I remember feeling truly angry. The anger blitzed through me without my permission. It’s a rage you can’t control, even though I knew it was ridiculous for me to blame him.”

Marquis, who said that based on his experience talking to other DAs around the US that his position is “mainstream” and “moderate,” at least among prosecutors, does not think people whose low-level drug sales are associated with their own addiction should be charged with murder in most overdose cases.

“My default position would be that I would be very unlikely to seek criminal prosecution absent unusual facts,” he said, citing instances of extreme power imbalance, like a 30-year-old man sharing drugs with a 15-year -old girl or a case where someone was deliberately trying to kill the victim by providing tainted drugs. Another example would be if someone was knowingly selling deadly drugs for profit and was not themselves using.

But the people who are close enough to a drug death to be legally proven connected to it are often fellow drug users—in some instances, husband and wife, boyfriend and girlfriend, siblings. In one tragic prosecution, a daughter who was using heroin with her father was charged when she woke up after injecting and he didn’t. In 2016, 27-year-old Lindsay Newkirk faced an 11-year sentence for involuntary manslaughter, but took a plea that has her doing three years in prison.

Vincent, Tilley and Miller said they had all lost numerous friends and acquaintances to overdose: Miller actually has the names of at least ten of them tattooed on his arms. They don’t want to lose more to incarceration, which actually magnifies the risk of future overdose death in those who are locked up, as well. Not to mention the fact that long sentences for dealers are not effective in reducing the drug supply nor as rehabilitation.

Regardless of the effects the project might have on public opinion and prosecutions, these activists have already found that simply having the discussion may reduce harm. After all, choosing to sit and write your will can’t help but focus your mind on the possibility of your own death—a possibility that, even when friends are dying and the news is filled with overdose stories, most people try to avoid considering.

“Because of these conversations, you actually think about it,” Vincent said. "And by thinking about it, you start to take measures to prevent it.”