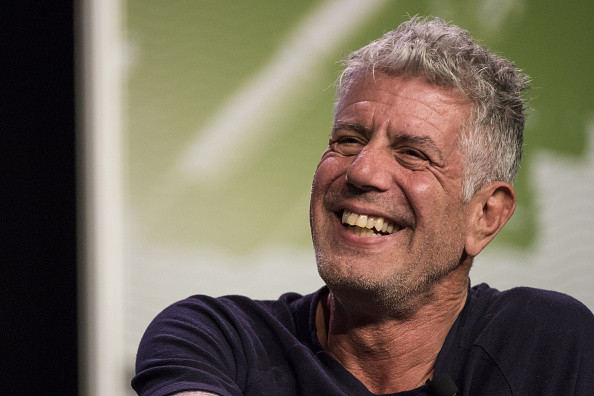 Anthony Bourdain Is Getting His Own Feature-Length Documentary

In the wake of Anthony Bourdain’s death, CNN has been finding ways to use its trove of footage featuring the culinary icon to honor him, putting together a televised remembrance back in June and forging right on ahead with what will be the final season of Parts Unknown. Now the network is working on what it's calling "the definitive Bourdain feature documentary," which could make it to theaters as early as 2019, Vanity Fair reports.

“As well as we knew Tony, because he did reveal himself in the series, there was still a hunger to know more about him, and to honor his work and celebrate him," Amy Entelis, CNN’s executive vice president for talent and content, told Vanity Fair. "The documentary format became one of the more obvious ways to go.”

Earlier this month, CNN announced it would air a final seven-episode season of Parts Unknown in the fall, despite the fact that Bourdain only wrote and recorded voiceovers—a signature part of the show, along with The Layover and No Reservations before it—for one episode. For the others, it's trusting directors and producers to fill the void, and (potentially) leaning on dialogue Bourdain recorded onsite during taping. But according to the Los Angeles Times, CNN isn't dipping into its archives to pad the final season out—meaning there's a chance some footage it has of Bourdain, but never got a chance to use, could show up in the doc.

No matter how CNN puts the thing together, it should be a winner—the network brought us Blackfish and RBG, the stellar new Ruth Bader Ginsburg doc, so it has a solid track record in compelling, feature-length documentary work. More than that, it'd be hard to mess up a film about Anthony Bourdain even if it tried—the guy lived one hell of a life, in more ways than you can count.

In Praise of a Genuine Gold (Not Gold-Backed) Bond

Couples with Big Income Gaps Talk About Their Money Problems