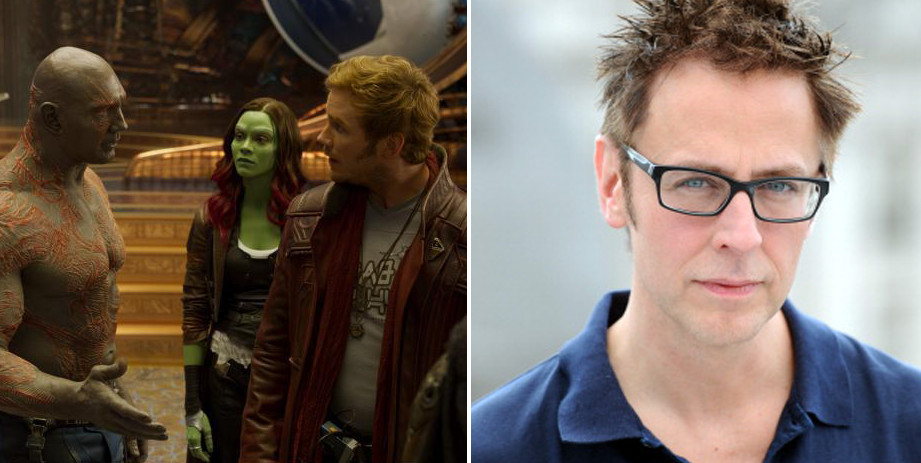 Guardians of the Galaxy Vol. 3 will have to find a new director.

James Gunn was ousted from the project after old tweets containing a transphobic slur and jokes about pedophilia and rape surfaced, and were reported on by conservative site The Daily Caller.

Right wing Twitter personalities then called on followers to confront Gunn at Comic Con, where he was scheduled to be a part of Sony's presentation. In particular, alt-right personality and noted Pizzagate conspiracist Mike Cernovich published a number of blog posts and posted a video on Twitter, criticizing Gunn's old tweets. According to the Hollywood Reporter, Gunn has since been dropped from the panel.

"The offensive attitudes and statements discovered on James’ Twitter feed are indefensible and inconsistent with our studio’s values, and we have severed our business relationship with him," read a statement from Walt Disney Studios chairman, Alan Horn.

Gunn didn't apologize but did go on to say that his behavior is an artifact of the past and that he has since changed, tweeting: "It’s not to say I’m better, but I am very, very different than I was a few years ago; today I try to root my work in love and connection and less in anger."

"In the past, I have apologized for humor of mine that hurt people. I truly felt sorry and meant every word of my apologies," he added. He also stated that when he tweeted those jokes he wasn't "living them out." It's unclear whether Disney was aware of these tweets before, though a simple Twitter search could have yielded them.

Twitter users are pointing out the hypocrisy of Cernovich urging followers to disavow Gunn:

Guardians of the Galaxy has become one of Marvel's most beloved franchises, known for its offbeat sense of humor. Much of this came from Gunn, whose background included mostly indie films like Super and the Troma film Tromeo & Juliet. Since Disney will have a space to fill, perhaps they should consider someone else with a similar filmmaking background and track record of Marvel movie success.