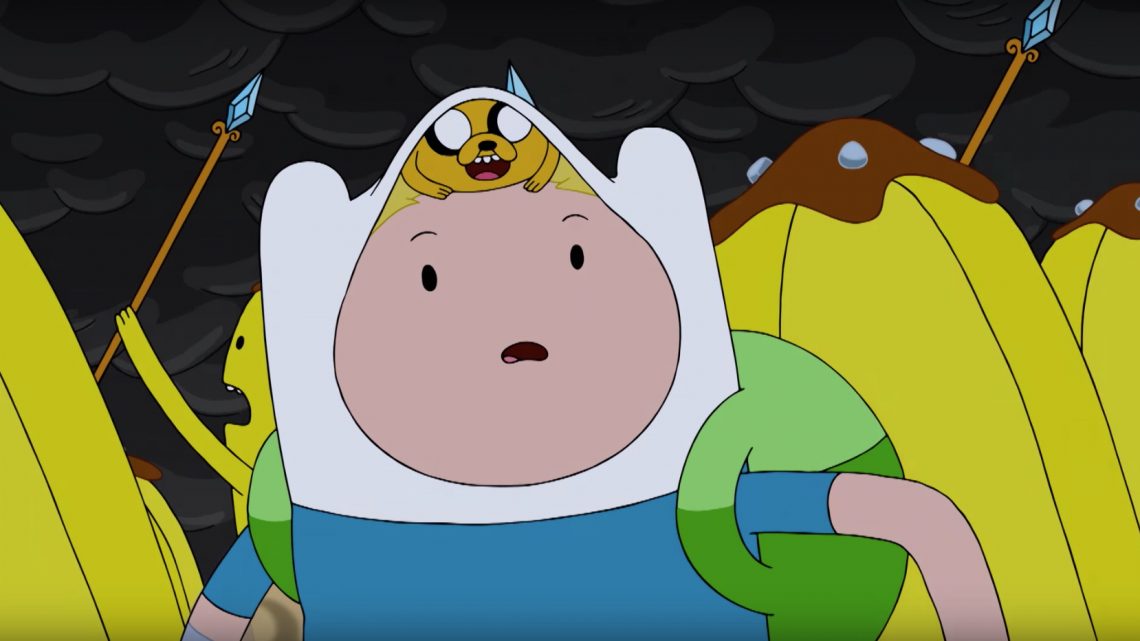 After eight beautiful years, Adventure Time is coming to an end, closing out its more than 200-episode run with a four-part finale that will send Finn and Jake on one final "ultimate adventure."

On Friday, Cartoon Network dropped a new teaser for the beloved cartoon's final episodes, setting the stage for an Ooo-shaking conflict called the Great Gum War. Princess Bubblegum works to amass an army of candy people, Finn unleashes on the Ice King, and Jake gets busy making bacon. But creative breakfast pancakes aside, it looks like the Land of Ooo is bracing for a Westeros-style bloodbath.

The teaser looks back on all the adventures of the past 280 episodes, and reveals new footage of the horrifying Gumbaldian creatures PB, Finn, Jake, and their oddball companions will face in the final episodes. Another clip delves into Bubblegum's strategy, the idiotic candy men who advise her, and mysterious martians heading toward the battlefield.

The sci-fi fantasy show, created by Pendleton Ward, has spent its most recent episodes tying up loose ends. devoted to exploring Finn's mysterious past, Jake's powers, and fleshing out the strange logic of technology and magic that governs the post-apocalyptic paradise of Ooo.

Along with the new footage, which dropped during Comic-Con, Cartoon Network also revealed the finale's air date. Amid nostalgic conversation about its extensive legacy—in which the voice actor who plays Jake, John DiMaggio, said he cried after the last recording— it was announced that the first part of Adventure Time: The Ultimate Adventure will air on September 3.

Until we finally have to say goodbye, check out the clips above, as well as highlights from the Adventure Time Comic-Con panel, featuring actors performing songs from the series, which you can watch below:

Nowcast vs. GDPNow: Questioning the Absurdity of Nowcast’s Non-Volatility