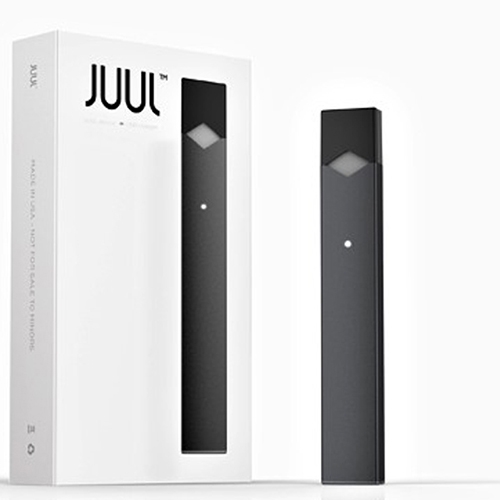 Juul Is Coming Out with a New Formula

Juul, the vape device that looks like a harmless flash drive and is insanely popular among teens, is having a hell of a run. Despite a Food and Drug Administration (FDA) "blitz" meant to curb the phenom device's underage fanbase, sales have increased by almost 800 percent in the last year. And now the company behind it is being valued at a sparkling $15 billion, as CNBC reported.

Of course, valuation numbers are not the same as actual value. Juul Labs Inc. is still a private company, so we can't peek into its books, and an initial public offering hasn't even been floated. But they claimed to be over halfway toward reaching a goal of $1.2 billion in their current financing round, which suggests money is probably being made hand over fist here. For context, ride-share service Lyft was recently valued about the same as Juul, while competitor Uber (also not public) was said earlier this year to be worth more than $70 billion.

The valuation came not long before news Thursday that Juul was set to diversify its product offerings to include low-nicotine pods. According to Bloomberg, they'll start selling 3 percent varieties in mint and Virginia tobacco flavors in August. The company currently only sells those at 5 percent strength, which is roughly equivalent to a pack of combustable smokes.

Depending on your level of cynicism, the change arguably represents a shameless attempt to combat criticism that Juul is not actually helping adults quick smoking, but rather serving as a vehicle to get non-smokers—and perhaps especially young ones—to use nicotine.

Teenagers are waiting longer than ever to have sex, drink, and even to drive, according to a study from San Diego State University that came out last year. And while some have already suggested a major uptick in nicotine among young people would appear to buck that trend, the debate is still out over whether vaping is inherently dangerous. Sure, there have been some high-profile cases of people getting extremely sick, but mostly experts seem to think the big problem with devices like the Juul is that kids could get hooked and graduate to traditional cigarettes.

In that sense, the new pods represent something of a double-edged sword. They could help some longtime smokers come closer to quitting, and some evidence suggests higher-percentage e-cigs are more habit-forming. But given the original 5 percent pod packs quite a punch—and might be a bit off-putting as a result—this new iteration could also serve as an easier way into vaping for newbies. A gateway to a gateway, if you will.

As you might expect, the company is insisting their intentions are above board here.

"JUUL Labs wants to meet the needs and preferences of adult smokers who are on their journey to switching from cigarettes, and we hope the availability of different nicotine strengths will continue to allow adult smokers the ability to explore what is best for them," the company's CEO, Kevin Burns, said in a statement.

When Will ‘Billions’ Get the Emmy It Deserves?