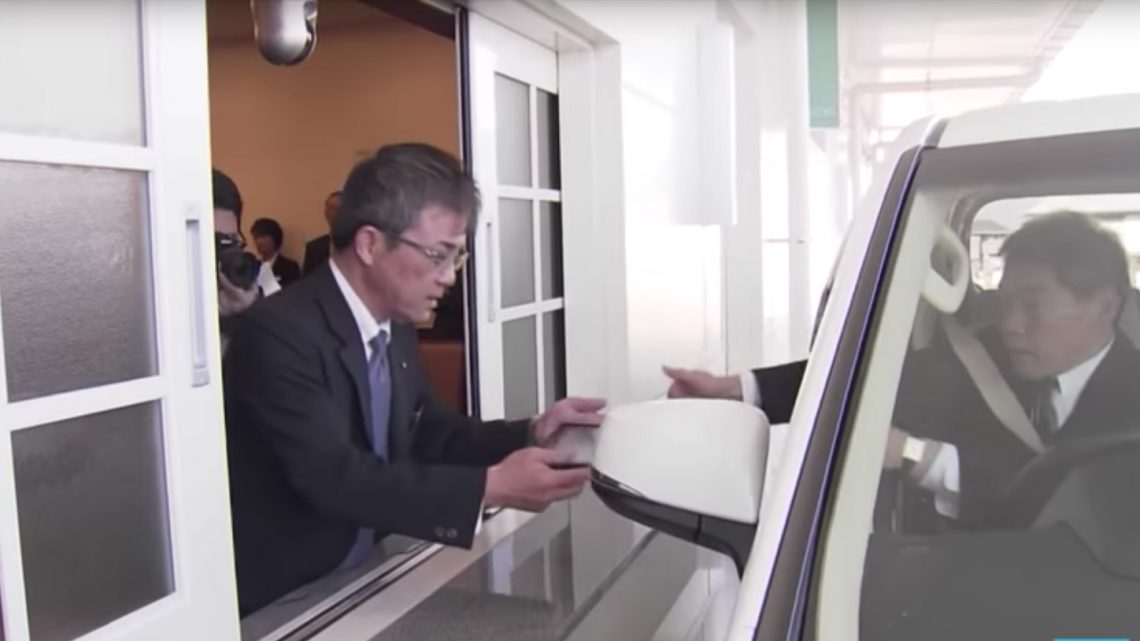 Drive-Thru Funerals Are Now a Thing in Japan

A funeral parlour in Japan is offering drive-thru services for people who want to pay their last respects, but on a time budget.

The Japan Times reported that the Kankon Sousai Aichi Group has opened its doors to the public in Ueda, central Nagano. Guests are able to drive up to a window where they're handed a touch screen to sign their name and leave a note, before handing over the customary condolence money. There is also an electronic incense-burning device in case mourners would like to offer a prayer.

The funeral business is a rapidly growing economy in an ageing Japan, and demand for more efficient after-life services are becoming more and more necessary.

The CEO of the company, Masao Ogiwara, told the Japan Times that the service was to cater to people who have limited mobility due to physical disabilities or old age. “I’ve been in this business for a while and have seen how burdensome attending funerals can be for old folks in wheelchairs.”

Masao believes the company's services “cut down the time it takes to attend a funeral.” And since funerals in Japan often take place around noon, businessman on their lunch breaks can sleep easy without having to go home to dress in black or get stuck in a melancholic congregation.

Companies in Japan are fighting for a slice of the funeral economy, which according to the Yano Research Institute, is worth roughly $16 billion AUD.

A slew of controversial businesses have appeared in the last 10 years, cashing in on the funeral racket.

Amazon has offered a “rent-a-monk” system, where families can order monks online to be delivered to offer funeral rites, while another company, Softbank, offers “Pepper” a robot Buddhist monk that undercuts human-led funeral services.

There are even mail-order funerals, where you can organise for your ashes to be mailed to a temple and they will perform the rites and keen the remains in their facility. And there’s even an app that allows relatives to pay virtual visits to the graves of their loved ones.