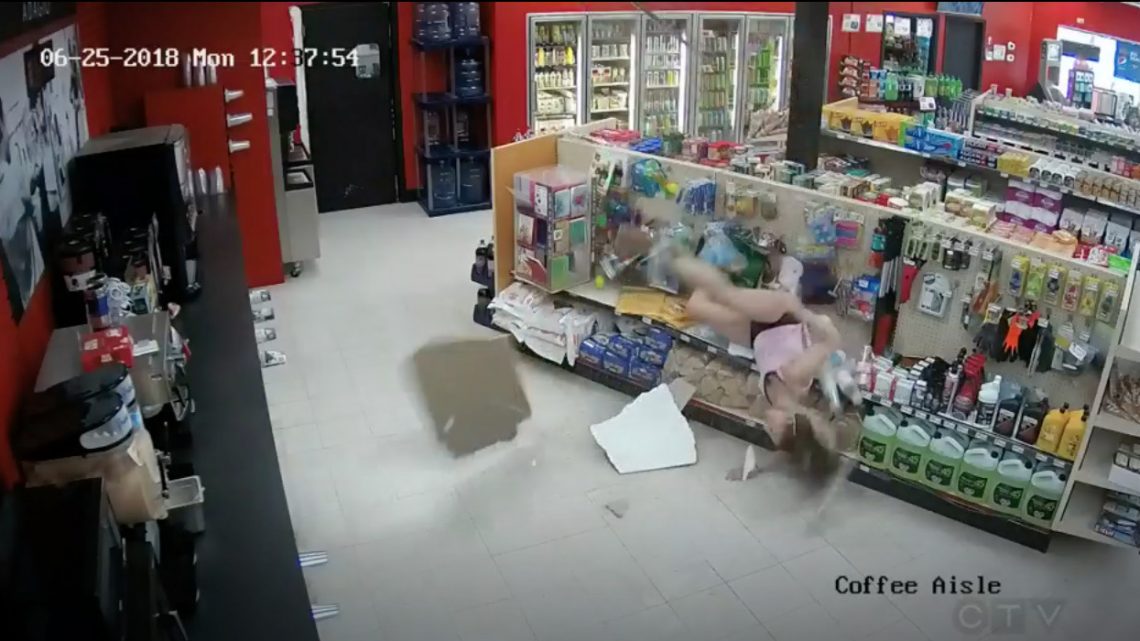 Earlier this week, a couple allegedly trying to use a stolen credit card at a convenience store in Alberta, Canada, wound up in hot water after the clerk caught on to their scam. When the cops showed up, the perps panicked, getting into an insane game of cat-and-mouse with the police that ended with one of them somehow falling through the ceiling—all because they tried to make off with a free can of soda, Canada's CTV News reports.

CCTV cameras inside the convenience store captured the entire thing—and, honestly, this footage deserves an Oscar.

The fiasco started when Richard Pariseau shoved his beau, Brittany Burke, into the cop trying to apprehend them. While a shirtless Pariseau tangoed with the officer—at one point trying to hurl a bag of sunflower seeds at him—Burke dashed into the back room, climbed a ladder, and started crawling around in the ventilation system like Bruce Willis in Die Hard.

Burke makes a few critical mistakes here, starting with sticking her face directly into a camera on her way into the ceiling. Even if she somehow made it out undetected, she'd still be screwed. She also loses a sneaker while she's scurrying around up there, which is just a huge bummer. Nikes are expensive, man! But her most egregious error, of course, is misjudging the stability of that ceiling—resulting in an ungodly tumble best viewed in GIF form.

Ultimately, CTV reports, the cops arrested the rogue couple and charged them with a litany of crimes, from using a stolen credit card to "obstructing a police officer," which is a bit of an understatement for what happened here. The wildest part: The object of Burke's desire, that coveted item she and Pariseau allegedly tried to buy with a stolen card, the treat that drew them, siren-like, to their doom, was a can of soda that cost a goddamn dollar.