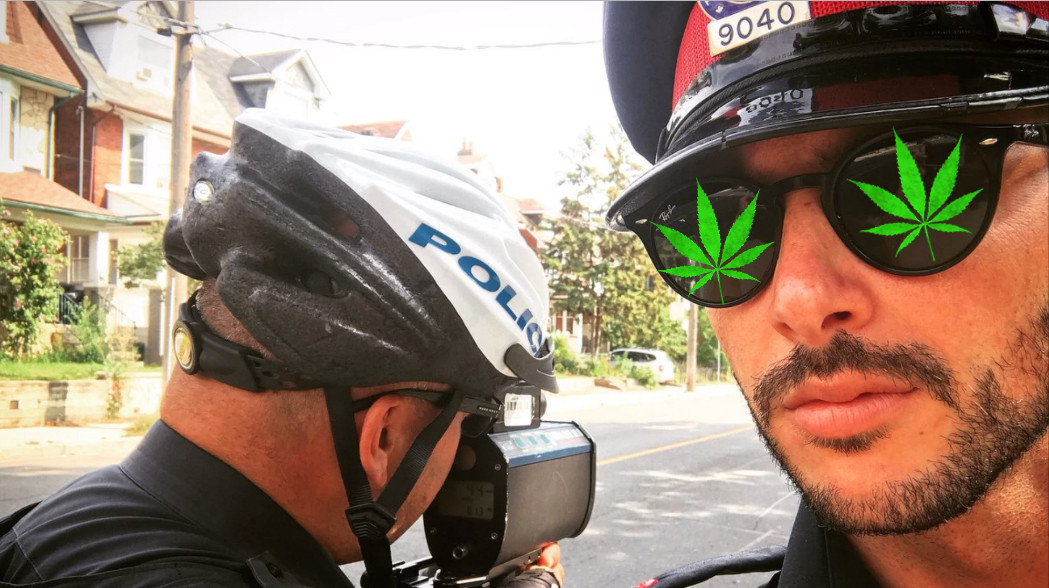 Toronto Cops in Big Trouble for Eating Weed Edibles, Calling Backup on Themselves

We now know a hell of a lot more about the two Toronto cops who allegedly got so high while on duty that they had to call 911 for backup.

The duo of Constables Jamie Young and Vittorio Dominelli are facing a disciplinary tribunal this week—they made their first appearance on Tuesday—and police documents are giving us a much clearer picture of what happened. (Shoutout to City News for putting the documents online.)

The tale begins on January 27 at 5 PM when the two cops took part in the search and seizure of a Toronto dispensary, according to the documents. Young was the officer in charge of the seized substances and it’s alleged that she “failed to account for” three packages of chocolate hazelnut edibles.

Now guess where those edibles ended up.

After the seizure, at about 11 PM, Dominelli and Young were sent to surveil a central Toronto restaurant and allegedly, they got hungry. And remember, allegedly, they had some sweet, sweet chocolate edibles. And then they got super hiiiiigggghhhh (allegedly). At 1 AM, for some reason, Dominelli started to run up the street they were monitoring and put in a distress call as he thought he was going to pass out. Meanwhile, Young just straight up called 911. However, when the reinforcement showed up to help the officers, the high-as-fuck duo weren’t together.

They first found Dominelli who “appeared to be in distress” and sent him to a hospital. Soon afterward, they found Young and "it soon became apparent that [she was] also in distress and in need of medical attention." At the hospital, Dominelli and Young admitted to eating the edibles. When the responding officers collected the personal belongings of Young and Dominelli, they found two full packages of the edibles and one empty one. To make this even more Abbott and Costello-esque, an officer who was responding to the officers’ call for help slipped on some ice and had to go to the hospital as well.

At least one of the cops had a colorful online footprint. This included a Twitter video of Dominelli singing the Afroman classic “Because I Got High” and another clip of the officer with his arms crossed nodding along to the Bruno Mars song, “Versace on the Floor.”

When the story first broke, a lawyer who is defending several dispensary employees who have been charged told VICE that, if these allegations are true, the duo are “inexperienced cannabis users.” Due to their actions, the charges against the people involved in the search and seizure were dropped.

As a result of their little adventure, Constable Jamie Young is facing four misconduct charges and Constable Vittorio Dominelli is facing six—both have been suspended with pay.